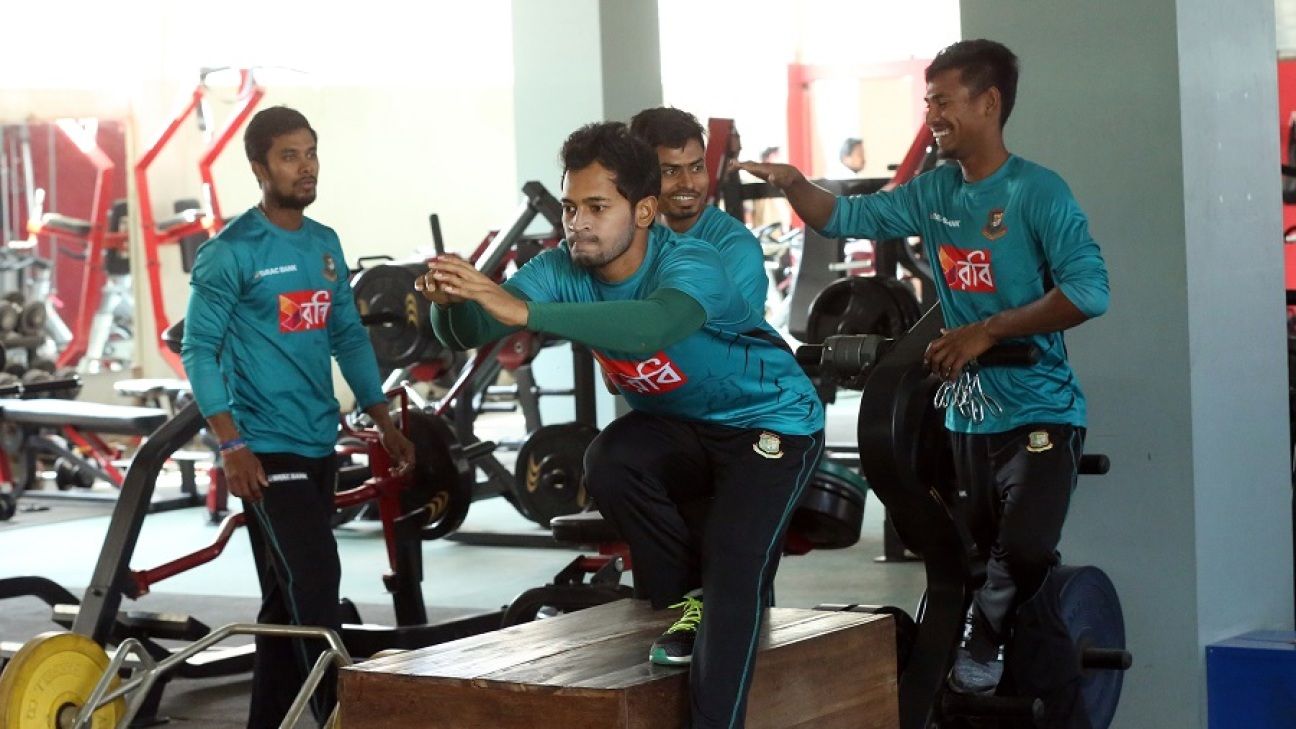 The Bangladesh Cricket Board has decided to raise the beep-test requirement at the domestic level in a bid to address the overall drop in fitness levels among Bangladesh men’s players. The national selectors recently instructed the first-class teams to only pick players who reach at least 11 on the test, an increase by two levels from last season when a fitness test first became mandatory.

“We have noticed that the fitness of the national players are very poor,” Nazmul Hassan, the BCB president, said. “The coach [Russell Domingo] asked, ‘What sort of fitness is this? I have never seen such fitness of players in South Africa’. We cannot suddenly increase the fitness-level requirements. We cannot reach the mark of 13 points [in the beep test] or even go above that.

“So, there has been a decision regarding this, that if we keep the fitness acceptance levels so low in the domestic or lower-tier competitions from where the players get into the national side, then naturally the players in the national side will only score nine or ten in the beep test. Now let’s see. We have taken the decision after considering everything. I think we have to improve the fitness.”

But the new requirement, made known to the cricketers three weeks prior to the start of the 2019-20 season, has not gone down well with some. Tushar Imran, the leading first-class run-scorer, said it was unfair on the part of the selectors to impose it so close to the season.

“I am always prepared to take up a challenge,” Tushar told Prothom Alo, “but it is not fair to say that we can’t play if we can’t reach 11. Cricket is our bread and butter. It is going to be difficult for a lot of cricketers.

“A lot of ‘super-fit’ players from the senior side are not scoring a lot of runs or taking wickets. What will the selectors do with them? [But] we are prepared to take the challenge, because it is our livelihood.”

Former Bangladesh captain Mohammad Ashraful argued that only players in the national side or in the high-performance camp will get the necessary facilities to raise their fitness levels.

“It wouldn’t have been any problem to get 11 if we were given proper training facilities in the off-season,” he said. “I got 11.5 last year, but these facilities are only available to the national team, the high-performance side and the Under-23 team. I remain hopeful that I can do 11.5 this year too, since I never had fitness concerns when playing for Bangladesh.”

Shuvagata Hom, a domestic star who has played 17 international matches, said that if a certain fitness level was set as a requirement, the domestic players should have been given more time to be prepared for it.

“It is going to be difficult for players outside the national set-up,” Hom said, “because we hardly get seven to ten days of training for the first-class competition. We don’t get to do long fitness camps, which would have helped us reach that stage in fitness when asked to take this beep test at a short notice.”

The first-class sides will announce their squads after the fitness test, which is likely to be held on October 1. The National Cricket League begins on October 5.