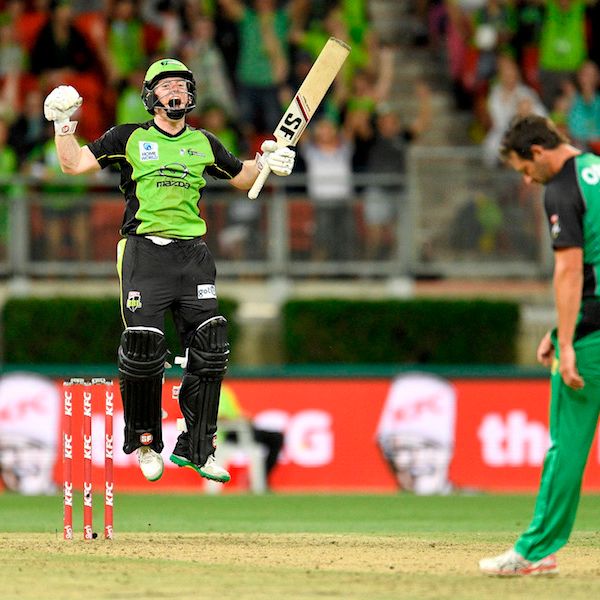 Big Bash League club chiefs are set to meet united in their belief that Cricket Australia should allow overseas players to be paid outside of a salary cap that has proven ineffective in securing bankable international names for a competition wrestling with its limitations in the first year of a lucrative new broadcast deal.

As the governing body plots changes to next season including a shift of the BBL to a start date as late as Boxing Day and a significant reshuffle of the Sheffield Shield and domestic limited overs tournament, ESPNcricinfo has learned that the concept of paying overseas stars – such as AB de Villiers, Eoin Morgan, Alex Hales and Andre Russell – from outside the existing AUD 1.77 million salary cap for each club has broad support from the eight teams.

The BBL’s struggle to attract major international names has been a talking point of the first season covered by the new broadcasters Fox Sports and the Seven Network, which shelled out a combined AUD 1.18 billion for the rights to cricket in Australia, including a T20 tournament expanded to a full 14-game home and away fixture for the eight clubs.

It has caused club officials to take their minds back to the major efforts made by CA in the early years of the tournament to attract marquee players to raise the then nascent BBL’s profile, including contract bundles for the likes of Shane Warne, Kevin Pietersen and Michael Hussey that included significant payments for marketing and media responsibilities beyond their club contracts for the Melbourne Stars and Sydney Thunder that fell within the competition salary cap.

CA, its head of events Anthony Everard and the head of the BBL Kim McConnie have been staunch in their view that the tournament’s success does not depend upon huge amounts of money being splashed on overseas players. However the lack of headline names in this season’s tournament has been raised as an area of contention by the broadcasters and also the clubs.

Many recruiters fought losing battles with the Bangladesh Premier League and the now scrapped UAE T20 league to attract high profile players due to both the expanded nature of the competition and the far fatter contracts on offer elsewhere.

Should additional money be found to pay overseas names from outside the cap, its supporters argue that such a move would both increase the value of the competition and also effectively see a rise in the level of payment for local players, as they would be the only members of each squad drawing from the current cap and would duly receive pay rises as a result.

While there would be some concern about where the money to pay overseas players could be found, given the many and varied commitments by CA conditional on the total amount of money due to come in via the aforementioned broadcast deal, other examples exist in Australian sport for similar measures. Most conspicuously, the struggling soccer A-League was handed AUD 3 million as part of its broadcast deal with Fox Sports specifically to attract major overseas names.

Melbourne Stars allrounder Glenn Maxwell said that a separate allocation of funds for overseas players would be a significant step forward in terms of retaining talent in an increasingly competitive international marketplace.

“I think going forward there may be a way for us to have a separate salary cap for the overseas players for each team to make sure we are getting the big draw cards, the [Dwayne] Bravos of the world, and potentially AB de Villiers down the road,” Maxwell told SEN Radio. “When we’re competing with other T20 leagues, whether the Emirates league which almost formed this year, which had some big stars signed up to play, if we’d lost overseas talent to that it would’ve been really disappointing for the BBL.”

Should such a move go forward, with the BBL general managers next due to officially meet with CA in March at the end of the current tournament, then a way must be found to distribute players and funds in an equitable fashion. One scenario that has been floated is for a series of drafts for overseas, domestic and rookie players, with picks distributed on the basis of finishing positions on the previous season’s competition table.

Broadcasters are reportedly agitating for an increase in the number of overseas player places, but James Sutherland, the former CA chief executive and a Board director for the World T20 to be held in Australia in 2020, said on Tuesday that the complexities of the international schedule and the BBL’s place in the governing body’s strategy needed to be taken into account.

“Every time you do these things you learn and it gets better,” Sutherland told the Sydney Morning Herald. “People draw their own conclusions on how it’s going but I think the competition is strong and I know every time we play, people will think deeply about how we make it better and continue to grow and balance it with other priorities.

“What people don’t appreciate is every season is different, and people think every season has to be structured exactly the same. It actually can’t be because of the agreements you have with the visiting countries to come at a certain time. Unlike NRL and AFL, we don’t have unilateral control over what the schedule looks like, the priorities are around international cricket, and you work everything else to fit into that. It will be different again next year because the women’s event is in the first half of the year.”