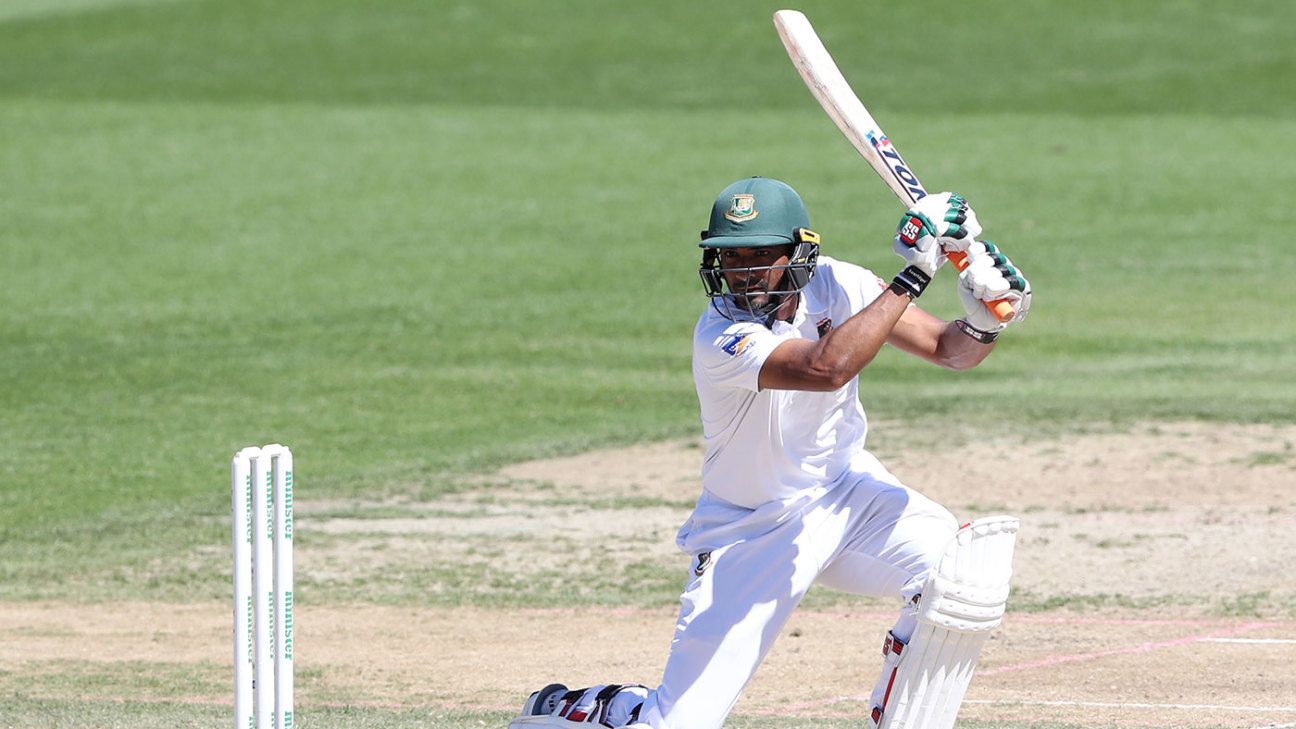 Bangladesh were far too casual with their choice of strokes in the first innings and it cost them the Hamilton Test against New Zealand, said Mahmudullah, their captain, after the innings-and-52-run defeat inside four days.

The visitors were bowled out for only 234 in their first hit despite Tamim Iqbal setting things up with his ninth Test century. The rest of the batsmen, according to Mahmudullah, chose the easier option of trying to hit out.

It was a vastly improved performance in the second innings, though, as Bangladesh scored 429. Mahmudullah’s career-best 146, as well as his 235-run fifth-wicket stand with Soumya Sarkar, who also scored his maiden Test century, salvaged a lot of pride for Bangladesh. What stood out was the manner in which the pair, much like Tamim in both innings with his 126 and 74, fought tooth and nail against the bouncer barrage.

“I wanted to work harder in the second innings, even if I got hit on the body, I want to give myself a chance”

Ultimately, however, the 481-run first-innings deficit was too much for Soumya and Mahmudullah. Soumya fell for 149, before Mahmudullah, trying to bat with the tail, holed out at deep point 20 minutes after tea. He later said that his focus in the second innings was almost diametrically opposite to how he batted the first time, when he gave away his wicket.

“You have to play tough cricket in Tests,” he said. “There will be good spells from both ends, so one has to understand these things. I think we took the easier options in the first innings, and got out. I did it. [Mohammad] Mithun did it. Some other batsmen also got out in the same fashion. I wanted to work harder in the second innings, even if I got hit on the body, I want to give myself a chance.

“I got out trying to pull the ball casually in the first innings. I thought that if I take a bit of time (the second time), they may get tired and then I take my chances. I tried to be patient when they were mixing the bouncers with yorkers last evening.”

He was less critical about his young pace attack of Abu Jayed, Ebadat Hossain and Khaled Ahmed, who combined to take 1 for 369 in 87 overs in the New Zealand innings of 715 for six declared, saying that he was willing to be patient if they kept bowling with intent.

“The bowlers tried hard. They tried bowling bouncers and also fuller lengths to swing the ball. They were positive and aggressive, which I wanted as a captain,” Mahmudullah said.

“If they show the same attitude and bowl more consistently in Wellington, they are likely to get better results. But I think New Zealand batted really well. Kane Williamson, [Jeet] Raval and [Tom] Latham played really well.”

Mahmudullah pointed to Tamim as an example, saying that the senior opening batsman deserved a lot of credit for battling hard in both innings.

“When [Neil] Wagner was bowling bouncers at Tamim from around the wicket, he survived that period. I liked that from him, because he is our best player of pull and hook shots. It is something that I myself and others should also follow,” he said.

Also crucial, Mahmudullah said, was for the batsmen to bear in mind what New Zealand’s pace attack has to offer. “Wagner kept on trying to bowl bouncers from a back of a length. [Tim] Southee and [Trent] Boult were trying to swing the new ball. I think it is their primary method, which I hope our batsmen have understood and keep in mind for the second Test,” he said.