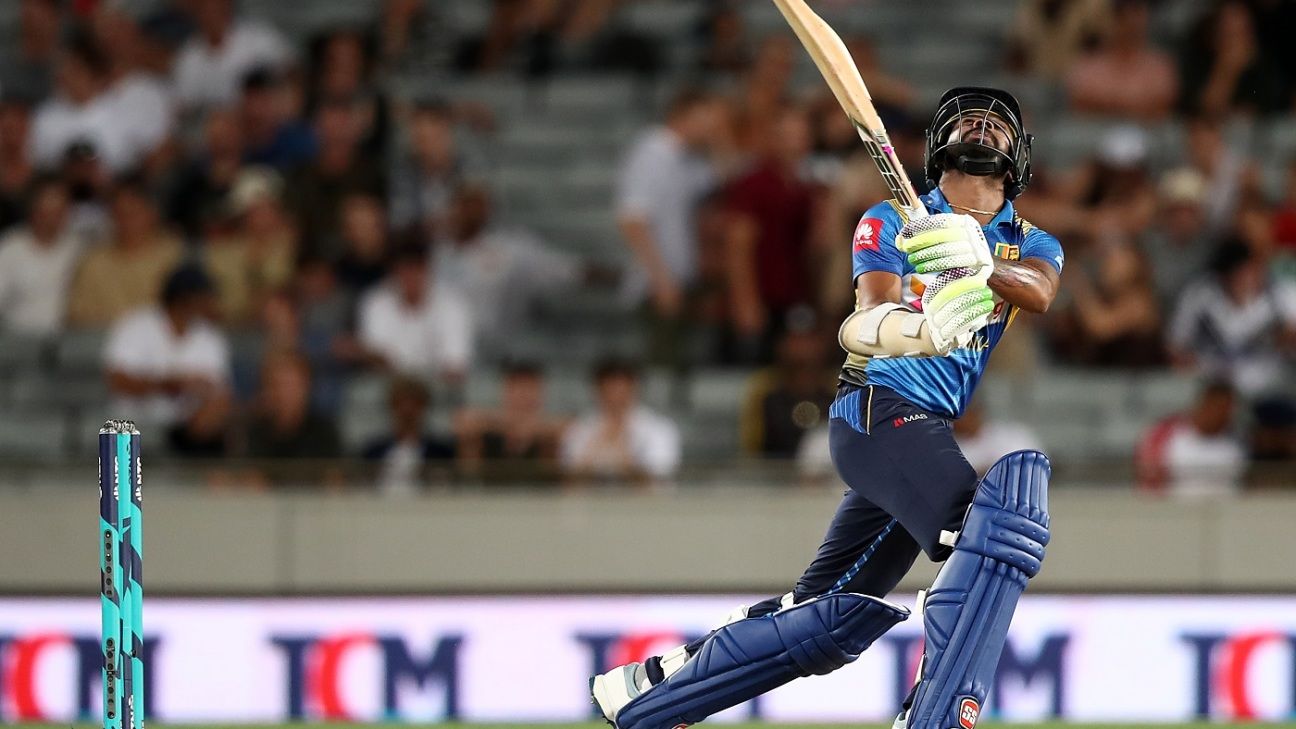 It’s all well and good to get fast starts, batsmen, but once you’re in, you have to convert your promising innings into match-winning ones.

So went the message from captain Lasith Malinga to the Sri Lanka top order, after the visitors slumped to a 35-run defeat in the lone T20I against New Zealand in Auckland on Friday. Four batsmen in Sri Lanka’s top five passed 15, but none went on to make a half-century, despite the fact that Sri Lanka were ahead of the required rate early in their innings.

Niroshan Dickwella and Kusal Perera might be especially disappointed, having made 18 off ten and 23 off 12 respectively. Thisara Perera also made 43 off 24 before holing out to long-on. Thanks to their innings, Sri Lanka were 117 for 4 at the end of 12 overs, and on track to chase down the target of 180. But none of the top five hung around, and the middle and lower orders went on to capitulate.

“On this kind of ground, with small boundaries, 180 is a gettable target,” Malinga said. “We have seven genuine batsmen in our side, and they have to realise the situation. They have to capitalise and finish the game. This is quite a big thing in the last couple of years. They still haven’t understood how valuable finishing the match for the side is.

“A finisher is a very valuable player in the playing XI. When there are two guys there, they have to believe that they are the finishers. Don’t leave it to others.”

Sri Lanka had also had similar troubles in the ODIs, with several players in the top order batting well to begin with, before throwing their wickets away. Thisara was the only batsman to make a century in the ODIs, and that had been from down at No. 7.

“Today also we were [all] out in 18 (16.5) overs – with two overs remaining,” Malinga said. “I have hope that in the next six months they will understand that and show character. They have to show their character in the middle of the innings.”

The bowlers were also guilty of letting a good start slip in the T20I. They had had New Zealand 55 for 5 after ten overs, but bowled poorly at the death as the opposition lower order began to blast sixes. Only Malinga bowled cheaply at the death, conceding just six runs in the penultimate over. The 17th, 18th and 20th overs, meanwhile, went for 23, 18 and 17 respectively.

“It’s the same with the bowlers. If they’ve done a good job and have a bit of confidence, they still have to concentrate in the last over,” Malinga said. “They have to bowl to the situation and the conditions. We have to improve those two parts.”