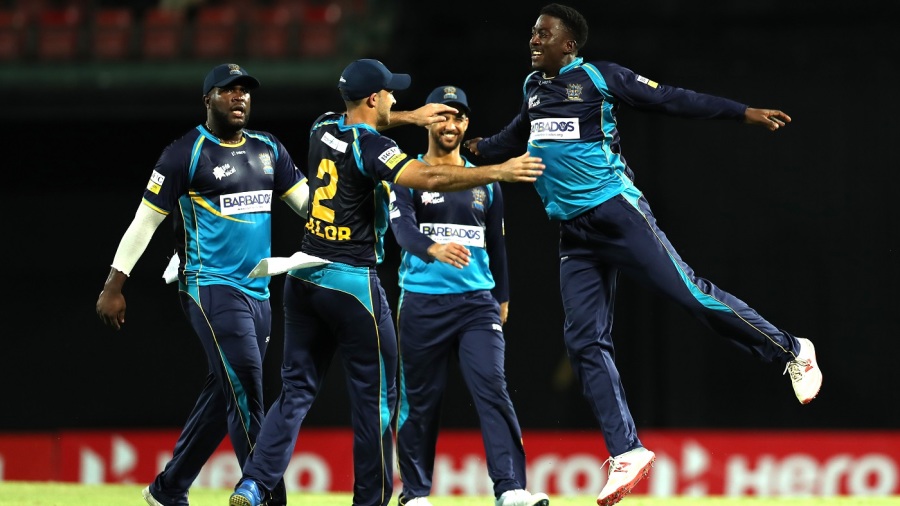 The last time Barbados Tridents made the CPL final, in 2015, Kieron Pollard was their captain. Four years later, Tridents, led by Jason Holder, toppled Pollard’s Trinbago Knight Riders in front of a raucous Trinidad crowd to set up a final clash with Guyana Amazon Warriors, who have won 11 of their 11 games in CPL 2019 so far.

A torrential downpour had delayed the start of play by an hour and 15 minutes, a floodlight tower experienced power failure, JP Duminy was forced to retire hurt in the first innings, but Tridents overcame the odds to knock over the defending champions who were gunning for three-peat.

After helping Tridents loot 42 off their last two overs to finish with 160 for 6, Ashley Nurse returned 2 for 14 in the chase to send Knight Riders’ chase spiraling out of control. When Pollard was run out for 23 off 26 balls, the crowd was silenced and Tridents’ owners were celebrating. Knight Riders’ Sri Lankan recruit Seekkuge Prasanna, however, threatened a jailbreak with 22-ball half-century and dragged the chase to the last over.

Knight Riders needed 14 off the final over and Prasanna was on a boundary-hitting spree, having launched slower-ball specialist Harry Gurney out of the ground. Left-arm seam-bowling allrounder Raymon Reifer, who had earlier hit an unbeaten 24 off 18 balls, pinned Prasanna in front with a dipping yorker to seal Knight Riders’ fate.