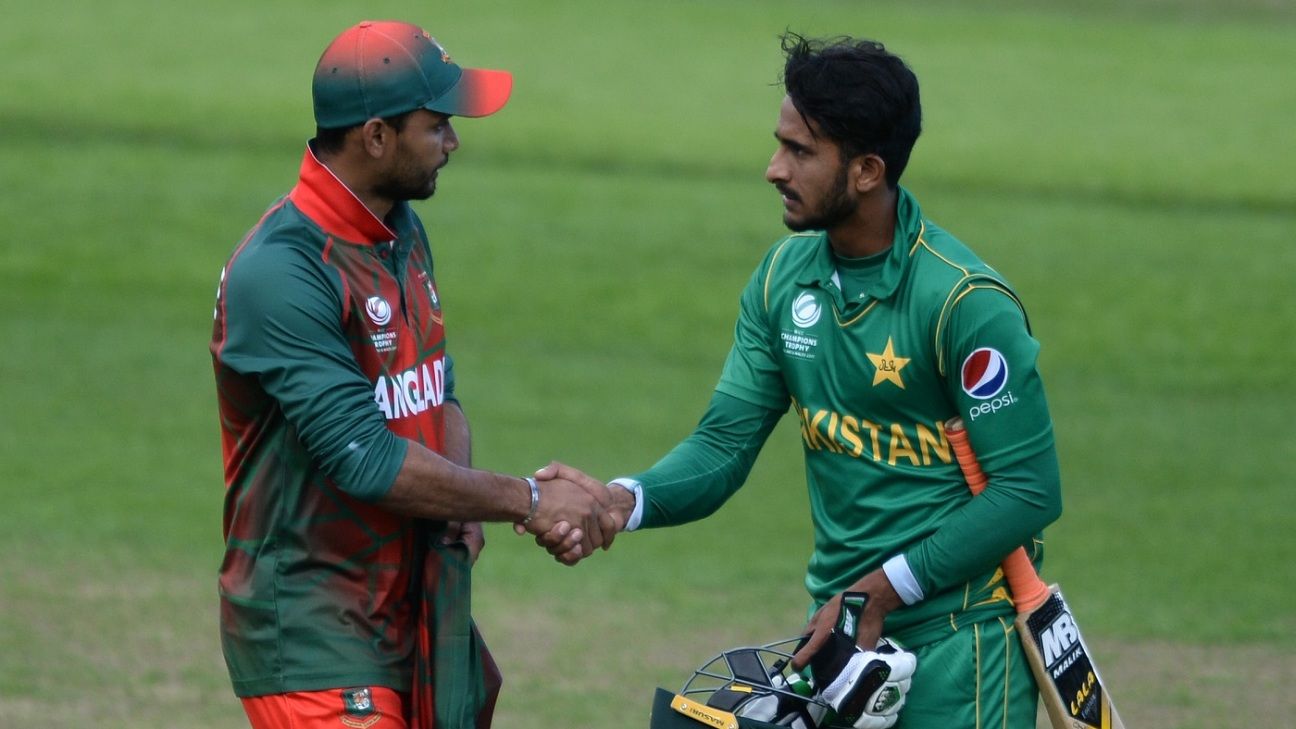 Bangladesh’s tour of Pakistan, scheduled for next month, is now facing uncertainty with the BCB offering to play only T20Is in Pakistan, while asking that the two-Test series be shifted to a neutral venue.

“We have had a round of correspondence with them [the BCB] and they are happy to play three T20s in Pakistan but they are slightly reluctant to play two Tests,” Wasim Khan, the PCB CEO, told a press conference on Wednesday. “I have written back to them, being very strong in my response, and asked the reason why. We have our security plans signed off by ICC and it has been signed off for a while now.

“Sri Lanka are going to compete their series here and everything went very safely with all security provisions in place. So we are asking Bangladesh what is the reason for you not wanting to come. It (correspondence) is not finished yet and it doesn’t mean they are not coming. They are talking about three T20s, but for us playing Test cricket in another country isn’t an option now.”

Sri Lanka are in the middle of a two-Test series in Pakistan – the first Tests in the country since the terrorist attack on Sri Lanka’s team bus in Lahore in March 2009 – with the second Test set to begin in Karachi on Thursday. The visiting players have given positive feedback about the security arrangements on the tour. An MCC team, led by Kumar Sangakkara, is also scheduled to tour Pakistan next year, and the PCB is set to host the entirety of the Pakistan Super League in Pakistan as well.

These moves are part of the PCB’s plan to bring all of Pakistan’s home cricket back to Pakistan, and away from neutral venues such as the UAE, which had been the primary “home” venue since 2009. ESPNcricinfo understands the PCB felt it was not financially viable to host lower-ranked teams like Bangladesh and Zimbabwe in the UAE.

The Bangladesh tour of Pakistan comprises three T20Is, scheduled to be held in Lahore on January 23, 25 and 27, followed by two Tests, which were originally slated to be held in Rawalpindi and Karachi. Before the new offer to split the series, the tour was hanging in the balance with the BCB awaiting government approval on touring a country Bangladesh has not enjoyed friendly terms with historically.

Bangladeshi sides have toured Pakistan in the recent past, but the senior men’s team hasn’t done so since playing a five-match ODI series there in 2007-08. Since then, Pakistan have toured Bangladesh twice, in 2011-12 and 2015. . Seven years ago, they were close to deciding on a tour to Pakistan, only for the AHM Mustafa Kamal-led BCB to pull out shortly after the decision to tour was taken.

The move aggravated relations between the PCB and the BCB. The PCB stopped communications with the BCB and barred Pakistan’s cricketers – who had already been auctioned to various teams – from featuring in the Bangladesh Premier League. Relations later improved during Shahryar Khan’s term as PCB chairman, and Pakistan invited Bangladesh for a two-match T20I series in 2017, only for the BCB to rebuff the invitation.