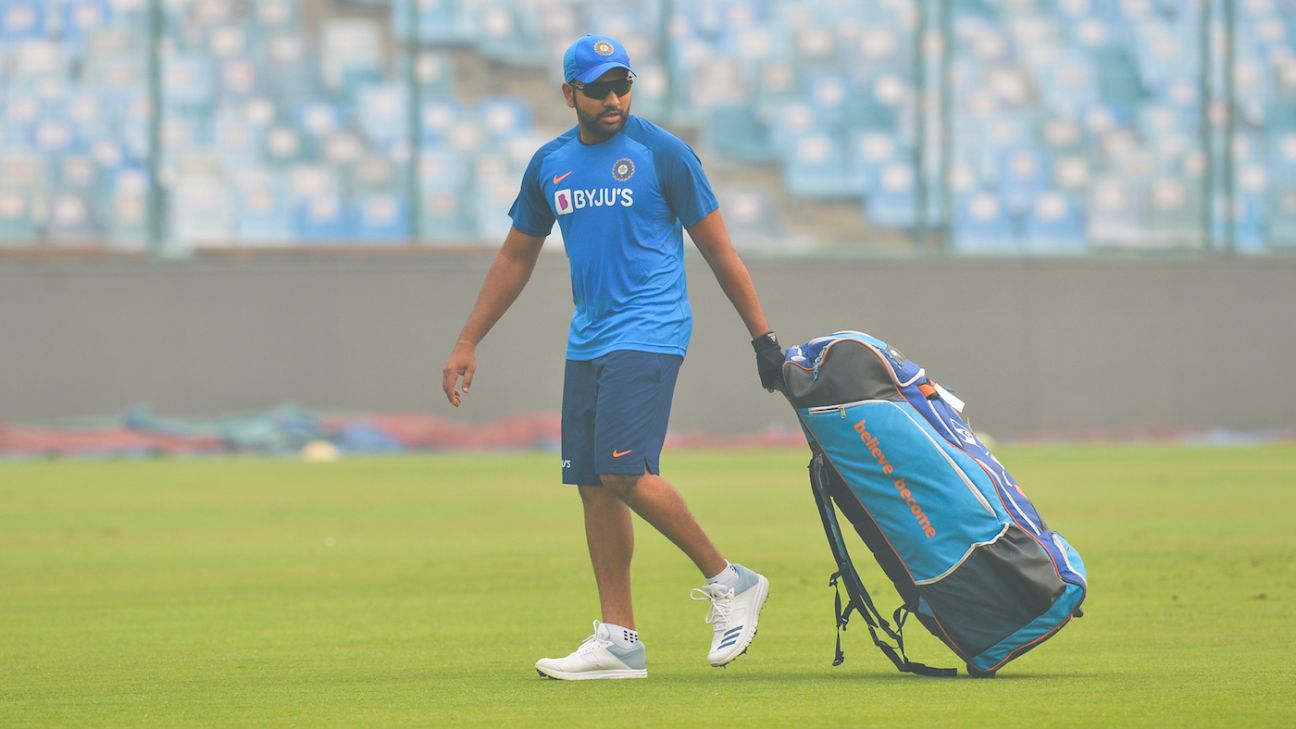 “I am pretty sure. I do my homework.”

Rohit Sharma, in an informal break from his press conference, might just have spoken about his best attribute as captain. Stepping in for designated captain Virat Kohli, Rohit was talking about what improvements India need to make. During that he spoke about India men’s No. 5 ranking in T20Is. Then he tried to double-check if that indeed is the ranking. The ICC’s T20I rankings can be hard to keep a track of. Only last week India were No. 4; not long ago they were placed third. Someone in the room suggested India were No. 2 right now. Rohit dismissed the notion. “I do my homework,” he said.

India indeed are No. 5 on the T20I rankings, thanks to Australia’s 3-0 win against Sri Lanka and India’s drawn series against South Africa. Just like the rankings, this is a format in which games change their course rapidly. It can be a captain’s nightmare to keep reacting to the changing game situations. In this format, only MS Dhoni has won more titles as captain than Rohit. And he is only one behind. Those around him talk of how meticulous Rohit is: using every analytical input possible to make his gameplans and spot decisions.

Rohit doesn’t often get to show that diligent streak of his as captain at the international level with Virat Kohli leading the side in all formats, but whenever Rohit has led the team, he has impressed, notably in the last two Asia Cups. For starters, with Kohli not around, Rohit is usually leading a weakened side. He said he believes in empowering those players through strategising, using data and studying the opposition.

“In T20 you need a lot of strategy, planning, understanding the players, what you have in your squad and what they can offer,” Rohit said. “That is the most important thing for a captain to understand. That is something I have probably executed at Mumbai Indians with the help of the support staff we have.

“The way I look at it is when you captain your side, you are not such an important person. The other 10 players are the most important players because you want to get the best out of those 10 players. Of course, your performance will matter but I don’t like to consider myself at the forefront. The other 10 guys become the forefront of the team and I have to focus on them and give them that confidence and freedom where they can come out and express themselves.

“At the same time, you need that support from the players as well, which I have got very well at Mumbai Indians, and even when I have captained India for whatever little time I have. I expect the same in this tournament as well.”

Studying the opposition is just as important for a T20 captain, and Sharma is not willing to take Bangladesh lightly despite the absence of Shakib Al Hasan and Tamim Iqbal. Rohit has had too many close encounters with them to make that mistake.

“Bangladesh is a very very good team,” Rohit said. “Over the years, we have seen how they have performed not just at home but also away whenever they have gone out. Especially against us, they have always put us under pressure. There is no way we look at this team differently.

“I understand there are two key players missing [in their side] but they still have quality players that can upset any team. I wouldn’t say ‘upset’. I would say ‘beat’. That’s a good word to use. They are very mature cricketers now.”

ALSO READ: Pollution-related emergency in Delhi but T20I to go ahead

Rohit then spoke about how he needed to focus on his squad because he had many youngsters to lead. Unlike Tests and ODIs, India’s T20I side is not settled, and needs improvement before it can become a consistent threat. The team management has admitted that shortcoming, which is why a lot of new faces are being tried. Rohit is one man they might be able to relate to. He is someone who had to fight his way through, bat out of position, and then earn the right to stay in the side. He will want the same from the youngsters.

Rohit said all these young players get to bat higher up in the order in their IPL matches, but India’s shortcomings exist in the middle order. “That is the challenge of international cricket,” he said. “You will not get exactly what you want. You will have to work your way, you will have to earn that position.

“Plus, at the same time, you have to make sure that whatever little opportunities you get, you make the most of it. At their IPL franchises, they are more or less guaranteed to play at least 10 games, so they know how to bat and what to do. When it comes to international cricket, there are limited opportunities. All of us have gone through that. It’s not just these guys. We have all been through that.