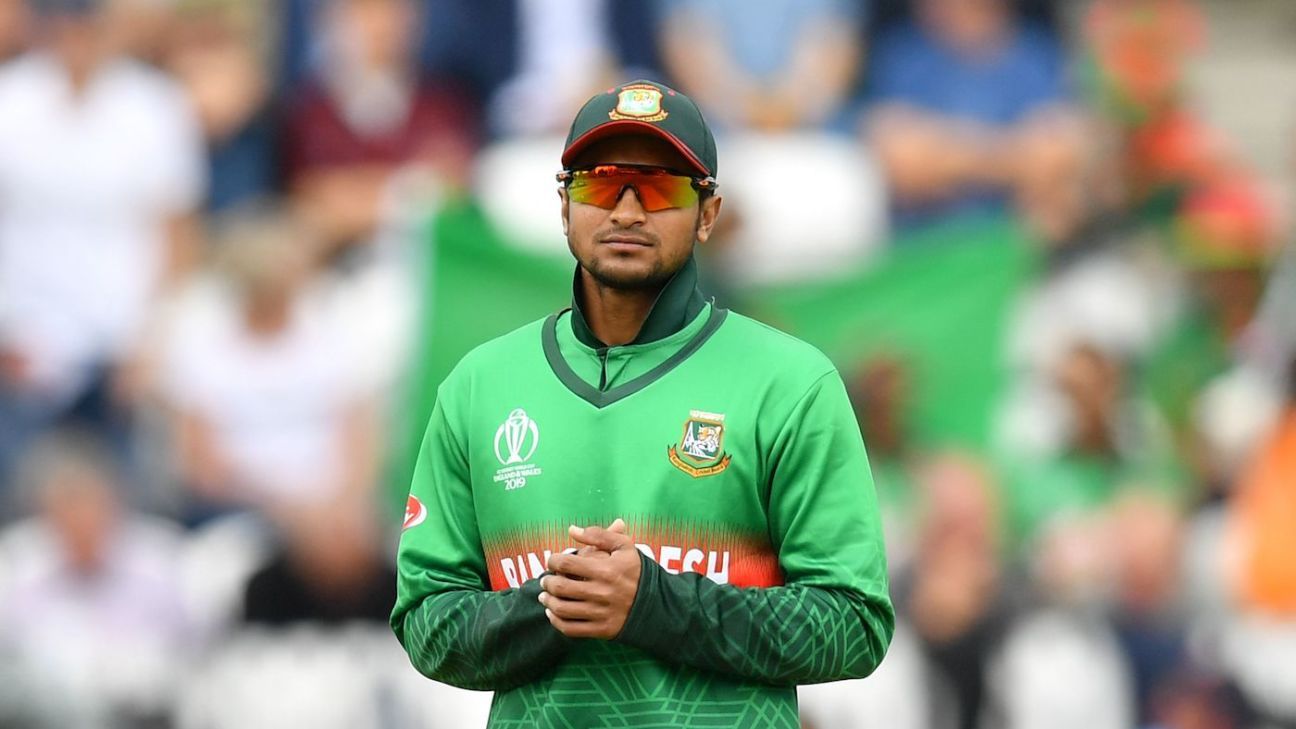 The best allrounder in the world. Bangladesh’s best player ever. Friend. Mentor. At times, the voice of Bangladesh cricket. Two players in one. Now a banned cricketer because he didn’t report suspect approaches, something you are obliged and taught to do. As the Bangladesh team began its preparations for the tough tour of India, coming to terms with the loss of Shakib Al Hasan is a long way away.

For starters, there are disappointed team-mates for whom Shakib was a role model. Coach Russell Domingo hasn’t even worked properly with Shakib yet, but he can see it in the dressing room. “Everyone is a bit disappointed,” Domingo said. “I don’t think I should be talking too much about it. I’ve been here for a month, and I’ve known Shakib for a month. The relationships the players have with him are a lot deeper than I’ve got because I don’t know him well. But the players speak very highly of him, have a lot of respect for him, admire the way he goes about his business, his performances. Now he’s made a mistake, he’s paying the price.”

Shakib is banned for two years, one of which is suspended. That means he will be out for one year, and there is no telling how he will be accepted when he does make the comeback. “One year in cricketing terms is a long time,” Domingo said. “I haven’t even thought about it; how Shakib gets in the game, back into the team, it’s something that hasn’t crossed my mind. It hasn’t crossed anybody’s mind.

“He has been a big player for Bangladesh. Very close friends with a lot of the players, so it’s obviously affected some of the players. He has made a mistake and he is paying the price for it. There’s not too much that we can say about it. It’s not something we can control or something that affects us too much at the moment. It obviously affects the team in terms of his performances, but our mindset and our focus will be entirely on the series and the [T20] World Cup in 12 months’ time.”

When it comes to performances, Domingo admitted any replacement for Shakib will leave the team one player light. “Shakib bats at No. 3, often opens the bowling or bowls first change,” Domingo said. “He bowls four overs every single game. He’s one of our leading batters. Do I replace the batter or replace the bowler? Because it’s very difficult; he plays both. There aren’t too many players who provide you with both skills.

“So you might find yourself short in one department, and strengthening the other department. Depending on the conditions, if it’s a flat wicket, you want to strengthen your bowling. If you think there’s a little bit in for the wicket you might as well strengthen your batting. So, it would very much depend on the conditions. I don’t think there’s anyone earmarked who’s specifically going to do Shakib’s job. Everyone’s going to try to contribute and fill up the numbers as best he possibly can.”