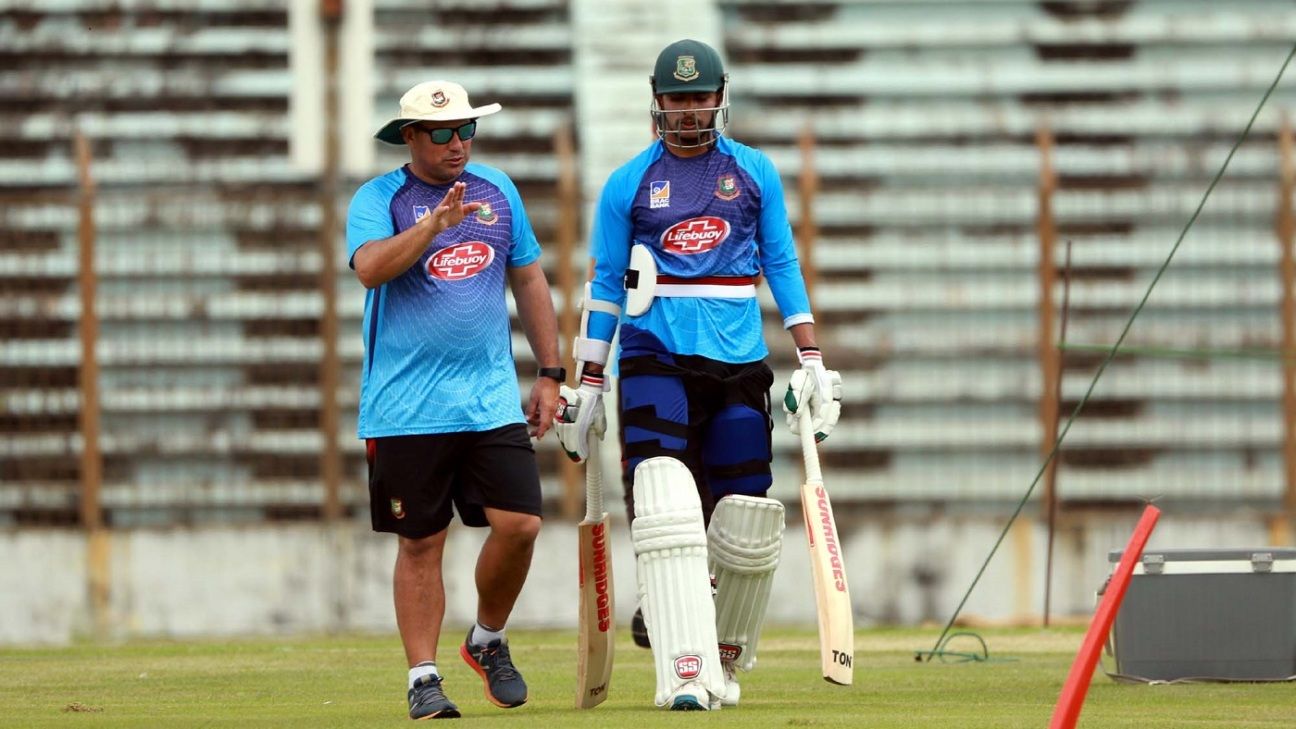 It’s been a dramatic couple of weeks for Bangladesh cricket. Shakib Al Hasan was publicly blasted by BCB president Nazmul Hassan for not taking the board’s approval for a sponsorship deal before he was banned for failing to report bookie approaches. It all happened on the eve of Bangladesh’s tour of India, and in the aftermath of the players’ strike a few days before, nothing seemed to have settled down.

And last week, amid all of this, they beat almighty India – for the first time in the format – in their own backyard in the first T20I in Delhi.

On Saturday, Bangladesh coach Russell Domingo sat in a press conference in Nagpur, the T20I series level with one match to go. Domingo said that before the team’s arrival in India, nobody would have believed this scoreline.

“It has been a tough couple of weeks before this tour, but the players deserve a lot of credit,” Domingo said. “The energy and desire they have shown in the last ten days has been fantastic. They were willing to try new things. They are playing against a quality side away from home. If someone said to us two weeks ago that we will be one-all coming into Nagpur, no one would have believed it.

“So we are pretty happy where are, and it is a great opportunity tomorrow. The guys are really excited by it. At the end of the day, India are one of the best sides in the world. No one gave Bangladesh a chance, but we think if we play to our potential, we have a chance tomorrow.”

As Bangladesh look to move on from their off-field issues, Domingo also pointed out that they want to be known as a more settled team. Essentially, he believes in giving a group of players a longer run before making changes.

“We feel India has a lot of left-handed batters in their top six,” he said. “Our offspinners worked a game ago, but just because it didn’t work in the last game doesn’t mean everything has to change. We don’t want to be a team that makes knee-jerk reactions to a loss. It has been the case for this team for too long. We want to back a certain group of players.

“If somebody has a bad game doesn’t mean he doesn’t play for the next six months. It is part of T20 cricket. We believe that those who played in the first couple of games are good enough. We don’t want to make a lot of tactical changes just because someone played really well against us.”

Among the Bangladesh youngsters, Mohammad Naim and Aminul Islam have stood out so far. Naim, who did not have a striking T20 record before his call-up, has made a statement with his strokeplay in Rajkot, while Aminul, a batting allrounder, has showcased his skills as a legspinner, picking up four wickets in the two games.

“I have always liked a legspinner [in a playing XI] and I know [Aminul Islam] Biplob is more of a batsman who can bowl legspin, but I have been impressed by his energy, desire and work ethic,” Domingo said. “He is a great guy to have in the team. Even against Rohit [Sharma] in the previous game, he ended up bowling 3.5 overs to take two wickets for 23 runs before going for a six. He bowled really well, for a young boy to bowl under that kind of pressure.

“Naim didn’t have a good T20 record but this is a great format for us to trying and look at the next group of players are coming through. We don’t know how long Tamim [Iqbal], Mushy [Mushfiqur Rahim] and Riyad [Mahmudullah] are going to be playing for, so it is a great opportunity for the younger guys. We have Saif Hassan joining us in the Test squad. We will look at how he trains as well. The most impressive thing isn’t just their performances, but their energy, attitude and work ethic, which have been fantastic.”

But Domingo also said unless one of Bangladesh’s batsmen make a big score, they would find it difficult to beat India in the decider in Nagpur. “Mushfiqur [Rahim] got the big score in the first game, so we won. Rohit [Sharma] got the big score so they won the second game. When we get to the thirties, we need someone to get into seventies or eighties.

“[Bangladesh’s batsmen] are not trying to get out. They are just making bad decisions in crucial stages of the innings. I don’t think it is a technical thing. It might be decision-making at crucial stages that they need to improve.”