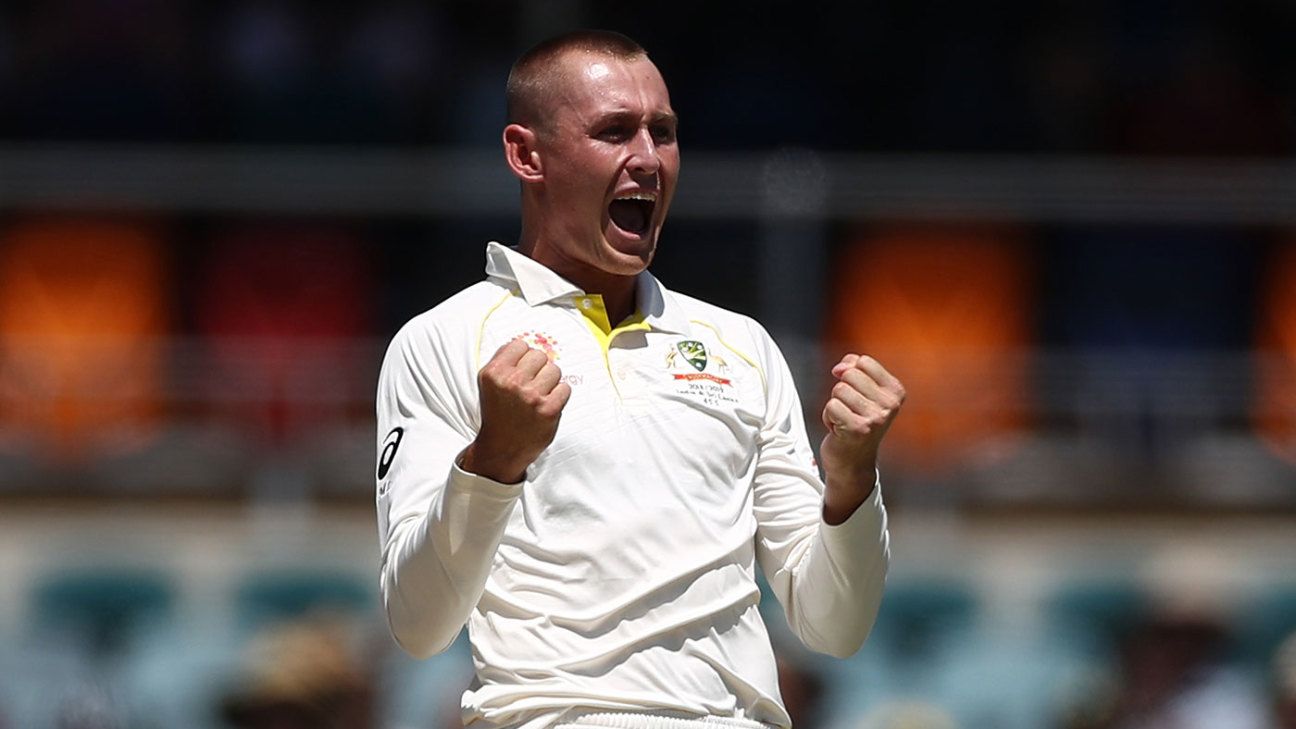 Cameron Bancroft and Marnus Labuschagne will have the chance to elbow their way into Australia’s Ashes tour party. The duo are part of a preliminary 25-man squad to face-off in a warm-up game ahead of the first Test against England starting August 1. Glenn Maxwell and Marcus Stoinis are the notable absentees.

The squad will be trimmed to 16 for the series beginning August 1. Labuschagne (1057 runs at 70.46 for Glamorgan), Bancroft (698 at 46.53 for Durham) and Peter Siddle (27 wickets at 22.23 for Essex) have already presented compelling cases for selection through their performances in county cricket. If picked, Bancroft would be returning to Australia’s squad alongside David Warner and Steven Smith for the first time since the expiry of their bans in the wake of the Newlands scandal.

Among other subplots will be the performance of reserve wicketkeeper Alex Carey, who by his outstanding World Cup displays has raised the possibility of being picked as a specialist batsman. The likes of Marcus Harris, Joe Burns and Kurtis Patterson will also be duelling for spots in what has now become a particularly deep field of batting candidates, also featuring Matthew Wade. The selection chairman Trevor Hohns said Bancroft’s displays for Australia prior to his ban merited another chance.

“Cameron was making a fair amount of headway when he played Test cricket last for Australia and that was in South Africa,” Hohns said. “I think it’s been well documented that he was out leading run scorer in South Africa. What he’s done is he’s got on with business since he’s been able to play again, he’s playing with Durham in the County Championship, so he’s doing everything he possibly can to get himself back into consideration and back into the Australian squad.

“He’s scoring runs on a pretty regular basis so he has been included in that 25-man squad along with two other players [Labuschange and Peter Siddle]. We’ve nominated 25 players, 25 doesn’t go into 16 so there’s going to be some disappointments but all we can do is try to select a squad that we think can win the Ashes in English conditions.

“We’ve got all the history about what happened back home, we’ve got a little bit of what’s going on here in England at the moment with Australia A, but it’s more about the here and now and what’s going to happen in the next month or so.”

Hohns indicated that the squad would likely include five pacemen, a back-up spin bowler and two wicketkeepers. He also hinted that his personal preference may be for more than 16 players in the final squad. With that in mind, the role of Carey as both a back-up gloveman and also a credible extra batsman may make him doubly valuable.

“He’s proving himself to be a very smart cricketer,” Hohns said of Carey. “He played very well in the World Cup of course, batting wise he was very, very good, he showed calmness in a lot of different situations as well so he’s been very impressive, and of course his glovework we’ve been very impressed with for some time now so he’s progressing nicely.

“I always ask for flexibility in numbers but at the moment we’re heading towards 16 at this stage and 16 I think historically has been about the right number. On the odd occasion there might’ve been one more. Doubtful that there’s been much less for an Ashes tour, but it’s quite a hectic program with five Test matches pretty close together and then of course we’ve got other players probably that will be included in the Ashes squad that have had quite an intense World Cup program.”

The omission of Stoinis and Maxwell, who claimed four wickets for Lancashire on his post-World Cup return to cricket on Saturday, was an indicator that they have now fallen some distance away from Test calculations. “Let’s put it this way,” Hohns said. “We probably consider the 25 that did get chosen in this game or for this game as more in contention than those guys. It’s unfortunate but that’s just where we’re at right here and now.”

Usman Khawaja’s continuing recovery from a hamstring strain will be monitored closely, though he is one the World Cup squad members now enjoying time away from the game until the 25 assemble in Southampton for the tour game. Hohns said that, having not won the Ashes in England since 2001, no compromises have been made in trying to prepare for the task ahead.

“I think the preparation has been outstanding,” he said. “The organisational work that has gone into this tour, not just for the Ashes but the World Cup then straight into the Ashes and then you’ve got Australia A as well, we’re leaving no stone unturned basically in an attempt to win the Ashes in England, and it’s been a long time, there’s no doubt about that.

“But I think we’re in pretty good shape at the moment. England are a pretty good side there’s no doubt about that, but we’re in reasonable shape, particularly with Smith and Warner coming back. we’re lucky right now I think to have our battery of fast bowlers fit and ready to go as well, so that’s something that hasn’t happened for a while when we’ve got a full complement of our major fast bowlers available.”