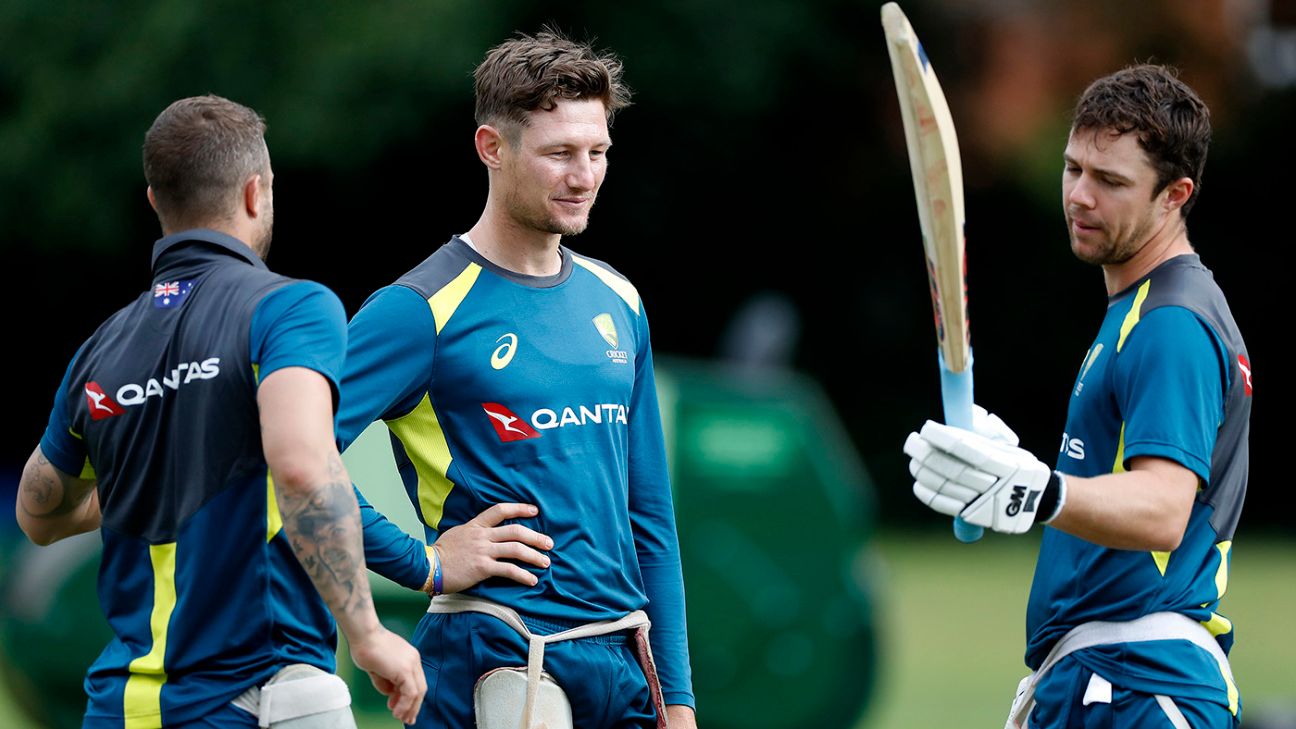 “Probably highly unlikely, I would have thought. But if you’re not winning, you’re learning, aren’t you? I learned a lot today, had a lot of positive little wins out there with my batting. I walk away and keep being positive, keep looking to improve. That’s all you can do.”

Cameron Bancroft had next to no expectation of a Test recall following his battling 49 for Australia A in Perth on Tuesday night, and he had very little reason to.

He was dropped after two Ashes Tests on the basis that he had serious technical issues to confront, largely to do with the lbw target he was offering bowlers by falling over his front pad and shuffling across the crease.

Three months later, having been called up at the last minute to be the No. 6 in the Australia A batting lineup in Perth after Nic Maddinson withdrew, Bancroft gave plenty of evidence against the Pakistan pacemen that he was still fighting this tendency.

But it was the fact that Bancroft was fighting at all that gave him a chance to be recalled by the selectors Trevor Hohns and Justin Langer, both of whom regard the 26-year-old as being of the kind of character they want in the team. In response to a question about whether Bancroft would have been chosen without the last-minute chance in Perth, Hohns was terse: “Difficult and hypothetical question, he has been chosen.”

Alongside the likes of Marnus Labuschagne, Travis Head and, in the limited-overs setup, Alex Carey, Bancroft represents a kind of Roundhead figure deemed durable, disciplined and determined enough for the international arena and its many challenges. After dropping him in England, Hohns went to great lengths to talk of Bancroft as the type of cricketer desired by the national team, needing only to make the runs to back that up.

“At that stage, we considered that he just wasn’t batting very well and I’m not speaking out of school here because we told him,” Hohns said in September. “Prior to that he was obviously playing very well and he’s the hard-nosed, hard worker that we want in this team and he also knows that as well. I have no doubt that Cameron has quite a good future for us. It’s in his court, of course, he’s got to put some runs on the board, but he’s the type of player the Australian cricket team want.”

“Some runs on the board” is the area where it is questionable whether Bancroft has met the standard supposedly required. In eight first-class innings since he lost his Test place, Bancroft’s top score is the 49 he made this week. He has fared somewhat better in domestic limited-overs games, compiling three half-centuries in six innings, but in a realm where sustained testing of that front pad weakness is less likely to occur. Combined, a tally of 379 runs at 31.58 does anything but scream “pick me”.

Nevertheless, after they were confronted with a combination of three players pulling themselves out of the reckoning due to mental health issues, injury to Kurtis Patterson and a surfeit of low or mediocre returns for other batsmen in contention, from Marcus Harris to Usman Khawaja, Hohns and Langer returned to the simple fact they like the cut of Bancroft’s jib. Not since Laurie Sawle and Bob Simpson nursed Steve Waugh through four years of Test cricket without a century has Langer’s phrase “character over covers drives” looked more pertinent.

It is also worth noting that in terms of his England returns, Bancroft did markedly better than either David Warner, who he opened with in the first two Tests, or Harris who replaced him for the final three. Innings of eight, seven, 13 and 16 do not sound like much, but over that time Bancroft soaked up 162 balls in four innings. Harris lasted just 121 in the final three Tests and Warner 184 over all five. Had Bancroft not been beaten by a Jack Leach shooter on the final day at Lord’s, he may well have been the one to help Labuschagne carry the Australians to safety, and thus hung on for Headingley.

“We thought we needed a spare batsman in the squad, number one, secondly we know he can cover up the top of the order and also in the middle order as we’ve seen in the recent Australia A game but he’s also played in the middle order for Western Australia in one-day cricket,” Hohns said. “He’s an ideal person to have in our squad. He’s got the ingredients of being a very good Test match player. He’s a hard worker. He was left out of course in England after a couple of Test matches.

“But he’s had the bit between his teeth, he’s worked very, very hard on his game and the improvement in his game is quite noticeable. We’re trying of course as well to keep a core group of players together in particular those that performed so well in the Ashes series in England. He has the ingredients to be a very good Test player, he just has to put the performance on the board when he’s given that opportunity.

“Everything else about him is the sort of thing that Justin Langer and the selection panel want from a player.”

Head, too, has been looked upon kindly in a character level, though he did also work his way into some strong batting touch with an admirable century against a strong New South Wales attack for South Australia in the preceding Sheffield Shield round. “Travis has immense experience as a young leader for his state,” Hohns said. “So he’s certainly back in the mix, a to play and we also like the way he goes about his business when he’s around the team and the leadership skills he has to offer.”

There will, of course, be plenty of players with the right to look askance at this. None more so than Joe Burns and Khawaja, despite their contrasting fortunes on selection day. Burns has, repeatedly, shown himself to be a more than capable Test batsman, most recently against Sri Lanka in Canberra when his steadying century allowed Tim Paine’s team to recover from the loss of three early wickets and go on to a vast win.

And Khawaja possesses a Test record in Australia the envy of every other contemporary Australian player save for Warner and Steven Smith. But neither have enjoyed the sorts of opportunities afforded to Bancroft, leaving questions to linger about what the selectors perceive to be different. Burns, ostensibly chosen as Warner’s latest opening partner, will need to watch for whether the selectors choose a different tack again and switch in Bancroft at the top once the team enters into camp.

As for Khawaja, his omission from the opening Test of the summer for the first time since 2014 may just about signal that his chances as an Australian cricketer are at an end. But as Bancroft now knows, a lot can happen in the space of a week: it just did.