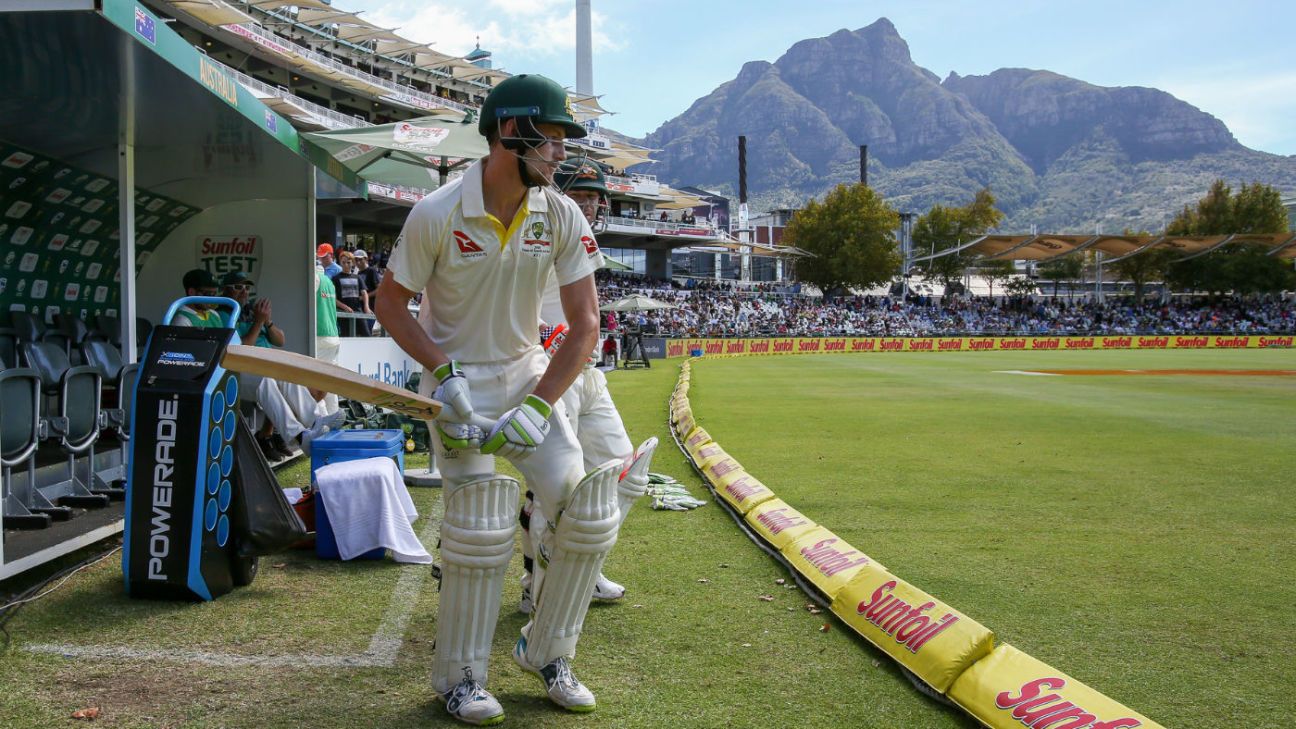 Cameron Bancroft earned Australian Cricket Awards votes from the Newlands Test against South Africa after which he was handed a nine-month ban for sandpapering the ball.

Before Australia were plunged into crisis, Bancroft top scored in Australia’s first innings with 77 out of 255. It was enough to earn him three votes (two from the players and one from the umpires/media) as part of the awards voting process.

Bancroft was trapped lbw by Vernon Philander early in a collapse of 5 for 25 that would eventually lead to Australia conceding a deficit of 56.

It was during South Africa’s second innings, as they built on the lead on the third afternoon, that the now infamous footage of Bancroft using a piece of yellow sandpaper on the ball was beamed around the world on live television, with pictures later showing him trying to hide it down his trousers.

He initially indicated to the umpires that his sunglasses case was what he had been seen retrieving from his pocket before eventually admitting he had been tampering with the ball in the post-day press conference, although he did not admit to using sandpaper until it came out in the subsequent investigations.

Bancroft was handed a nine-month suspension which ended late last year and he has returned with some success in the BBL with Perth Scorchers.

Before his comeback, he wrote a letter to himself where he said he had come to terms with how people could perceive him after the events of Newlands. “Many people will judge you as a cheat, but that is OK,” Bancroft wrote. “Always love and respect everyone. You will love those people because you forgive them. Just like you’re going to forgive yourself… You know you cannot say sorry enough, but actually it is time you allow your cricket to be about what you have learnt and use this opportunity to make a great impact.”

Bancroft will now be turning his attention to the last part of the Sheffield Shield season as he resumes his first-class career with Western Australia. He also has a county deal with Durham when the English season begins in April, which could give him a chance to make a case for a recall to the Australia Test squad for the Ashes.