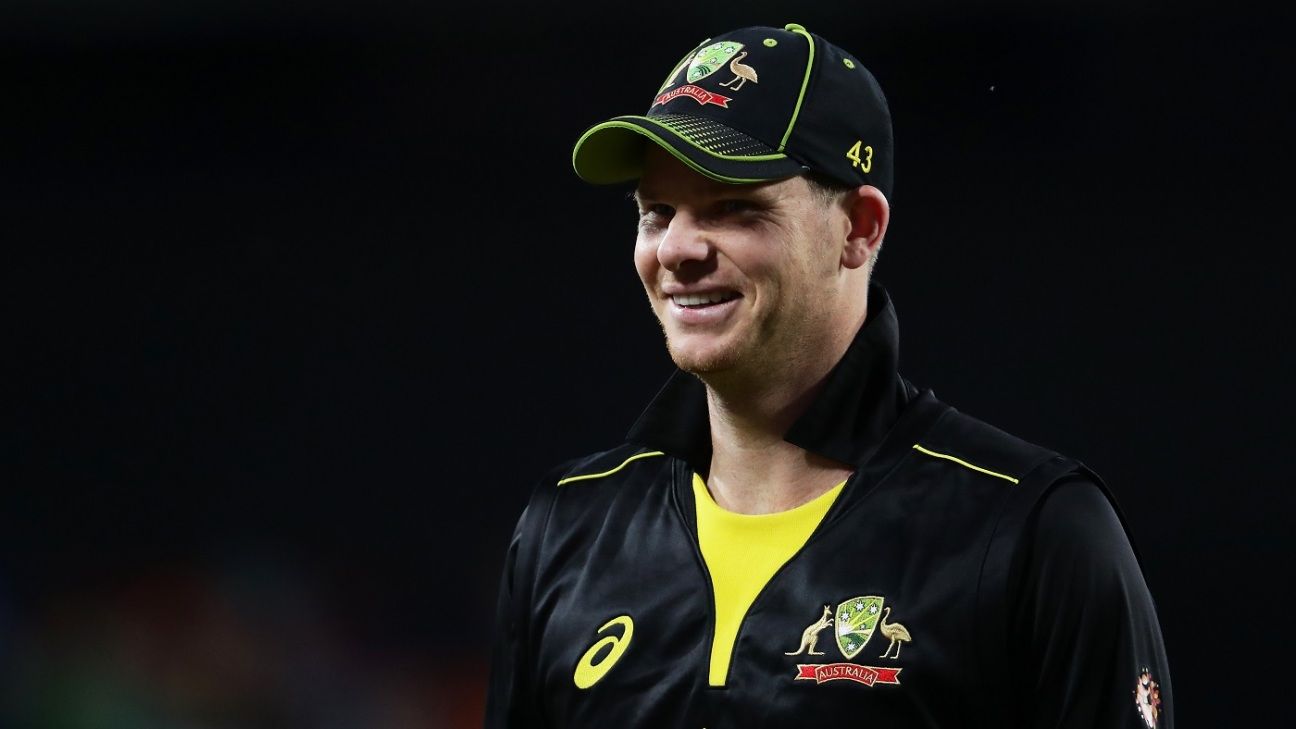 Steven Smith believes his former CPL team-mate Nicholas Pooran will learn a lot from his recent suspension for ball tampering, while revealing how much the Newlands scandal had helped him to understand his own mental limits and the need for regular breaks to enhance his decision-making.

Pooran became the latest player to be found guilty of ball tampering – the second after Sri Lanka’s Dinesh Chandimal following that Cape Town Test – and was suspended for four T20I matches.

Smith had previously played alongside Smith for Barbados Tridents, and the former Australia captain said that 24-year-old Pooran would gain plenty from the introspection forced by the offence and its penalty.

“Everyone is different, every board is different, and the way they deal with certain issues. For me, I copped it on the chin… it is what it is. I know Nicholas, I’ve played a bit of cricket with him and he’s a talented player and someone with a bright future,” Smith said. “I think he’ll learn from his mistake and move past it.

“I don’t feel hard done by. It was a long time ago now. I’ve moved past it and I’m focusing on the present. I played with him in the Caribbean league at Barbados. I think he’s going to be an exceptional player in white-ball cricket.”

Reflecting on how the scandal had influenced him, Smith said he was now far better at recognising where he was at mentally and whether he needed a break from time to time. Entering the fateful Cape Town Test of 2018, Smith had actually admitted “maybe now my mind is not in as good a space as it was”, yet was compelled to push on through the fatigue accumulated over a summer where he did not get much time to rest. He is now optimistic that he and others will benefit from the painful lessons that followed.

“Every decision you make has got an outcome, good, bad and ugly, whatever, I’m able to think of how it’s going to look before I make that decision a lot of the time”

“I’m able to I think catch my mind, where that’s going and the decisions I’m making are a lot more clear with what I’m trying to do,” Smith said. “Every decision you make has got an outcome, good, bad and ugly, whatever, I’m able to think of how it’s going to look before I make that decision a lot of the time.

“Of course, I’ll still make mistakes, I’m a human being, we all do. But being able to catch yourself and the way you’re thinking is something I’ve learnt and something I’ll continue to work on and continue and get better at.”

While at pains to ensure it did not sound like he was making excuses for what transpired at Newlands, Smith said the current discussion around mental health, following the decisions of Glenn Maxwell, Nic Maddinson and Will Pucovski to take leave from the game, reflected a growing understanding of how important it was to have a good idea day to day of where cricketers, and particularly their captains, were sitting in terms of their personal wellness.

“I think that’s something that we’re getting a lot better at,” he said. “Communication with the coach, relevant people that are involved where we can have those honest conversations with about how we’re tracking. It is a pretty hectic schedule nowadays. It’s bloody tough to sustain it for long periods of time, particularly I think for the fast bowlers. It’s extremely difficult what they put themselves through. It’s great that those conversations are happening and we’re trying to keep guys as mentally and physically fresh as they can be.

“Don’t get me wrong, that’s no excuse on my behalf. No excuses there. But I think it’s great those conversations are happening. We fill out daily how we’re feeling, how we slept… the sleep gets a big red every now and again. We fill out a wellness thing every day. The coach and psych and head of team performance look at our markers daily and it’s upon us to be honest in the way we go about that as well.

“They can see how we’re tracking and if there’s a change in behaviour, if you’re feeling ill or not sleeping well or feeling a bit off, they’re aware of it. That can sort of start a conversation. Why is your sleep bad? What’s going on? Why are you feeling a bit off today? It’s good that they do that. It’s good for guys’ mental health and wellbeing as well.”

The Gabba Test will mark another milestone for Smith on his road back from Newlands, being his first Test match at home since his ban. He will be seeking to maintain the stunning performances he reeled off in England to help Australia retain the Ashes, while also beginning a summer in which he is likely to return to South Africa for the first time since the scandal as part of the limited-overs team.

“I’m pretty chilled about everything at the moment,” he said. “I’ve obviously been back playing for Australia for a little while now and even my first Test back in England I didn’t think too much of it. I was just playing a game and doing what I love.

“It’s great to be playing my first Test back in Australia, I’m excited about that. I’ve had some success personally at the Gabba and we usually play pretty well as a team here. I’m excited about getting back out there. Hopefully we can have a really successful summer.”