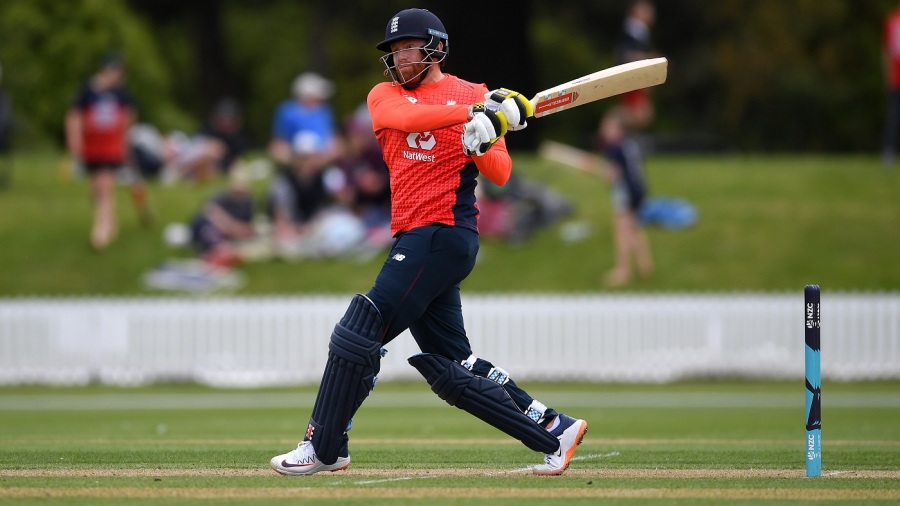 Jonny Bairstow wants to use the T20I series against New Zealand as a route back into Test cricket, after his omission following a lean summer, and he has started the tour with an unbeaten 78 off 45 balls as England XI chased down 173 with 11 balls to spare at Lincoln.

After a somewhat ragged and rusty display in the field on a blustery day – which included four dropped catches, three off Pat Brown – England slipped to 51 for 3 in the chase. Lockie Ferguson, returning to action after a broken thumb, removed Tom Banton, who struck his second ball for six, James Vince and Joe Denly to sit with 3 for 8 off two overs.

Bairstow and newly promoted vice-captain Sam Billings then steadied things with a stand of 61 with Sam Curran then helping close out the chase with 28 off 15 balls, including the winning six. Ferguson’s figures were damaged when his last over was taken for 21. Captain Eoin Morgan opted to give others a hit as he slid down the order.

Morgan had opted to bowl with a new-look attack feature Brown and Saqib Mahmood. It was the more experienced Chris Jordan who struck first and then Adil Rashid claimed a wicket with his fourth delivery in his first match since the World Cup final.

However, the New Zealand XI put the visitors under pressure with Anton Devcich and Anaru Kitchen striking enterprising half-centuries off 35 and 36 balls respectively as they benefited from England’s poor catching. Having suffered the most with three drops, Brown managed to claim his first wicket off his final delivery when Christian Leopard was caught in the deep.

Josh Clarkson gave the innings a strong finish by sending Mahmood, who was guilty of two of the missed chances, for sixes off the last two deliveries.