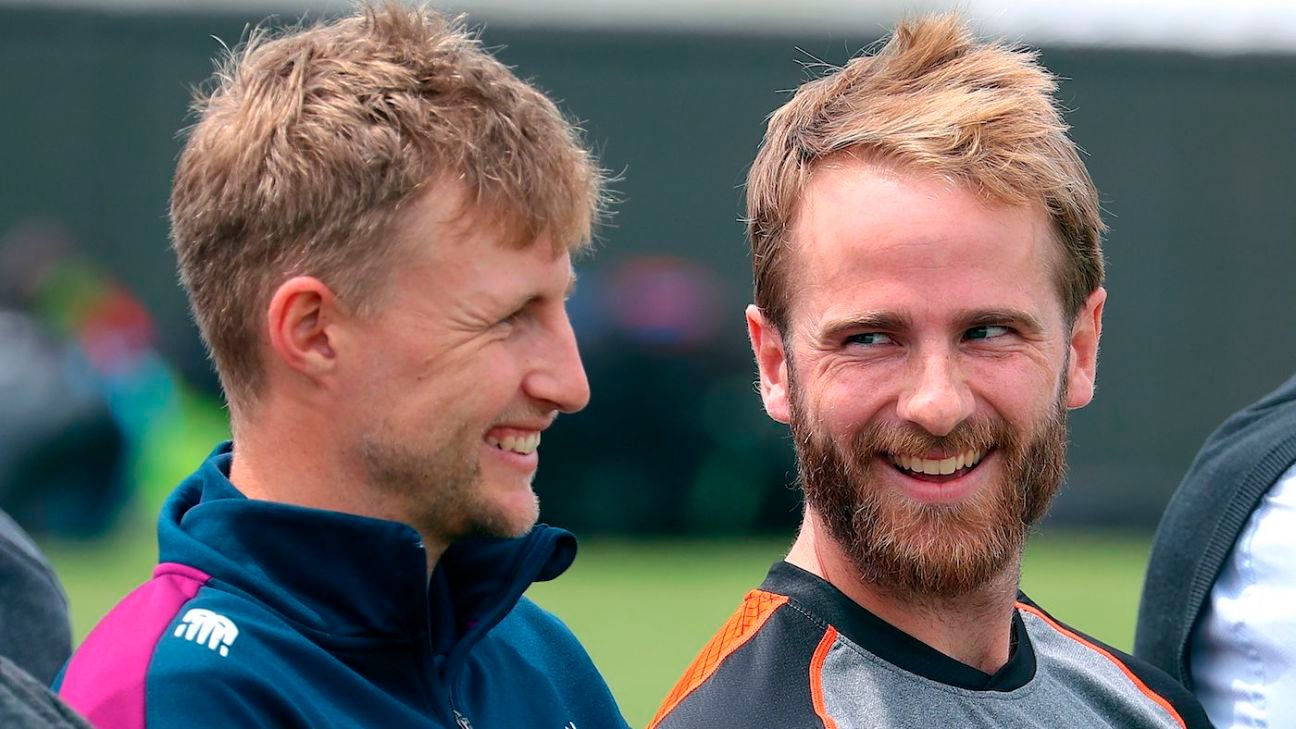 New Zealand. Such a lovely place, right? The people, so friendly. The grounds, so picturesque. The players, such good guys. Just don’t go there expecting any favours in Test cricket. Over the last six years, New Zealand have been ruthlessly efficient in home conditions, winning 10 series out of 12 and helping propel them to No. 2 in the ICC rankings.

The only two touring teams to buck the trend in that time are Australia and South Africa – the latter perhaps fortunate to emerge with a 1-0 win in 2016-17 after drawing in Hamilton when rain washed out the final day. And while the list of victories may be swelled by multiple victories over Sri Lanka, Bangladesh and West Indies, so too have New Zealand seen off India, England and Pakistan on their own patch.

England may have got the better of them in a couple of recent, high-profile limited-overs encounters, but New Zealand will be confident of extending their record against a side searching for their identity in the longest format (no Super Overs here). It was more than a decade ago, under Michael Vaughan, that England last won a Test series in Aotearoa, with their most-recent visit, in 2017-18, producing the horror of 58 all out in Auckland – their sixth-lowest total in Tests.

One of the most-obvious strengths of New Zealand in their own conditions is the penetration offered by the three-man pace attack: Tim Southee and Trent Boult offering traditional seam and swing (from different angles of attack), while Neil Wagner relies on a viciously skiddy bouncer and an indefatigable work rate. Alongside a spinner – Mitchell Santner is first choice but missed all of 2018 with injury – and the allrounder Colin de Grandhomme, New Zealand can field a beautifully balanced line-up.

Since 2012, when Wagner became the last of the trio to debut, they have scooped up 378 out of 501 Test wickets (75%) taken by New Zealand bowlers at home. Over the last three years, with Kane Williamson as captain, the Boult-Southee-Wagner share rises to 206 from 266 (77%), with all three averaging less than 25 in that time.

Such has been their hegemony that the only other seamer Williamson has captained in home Tests is Matt Henry, who has deputised for the injured Southee or Boult on three occasions, as well as playing as part of a four-man pace attack against Bangladesh in Wellington last year. However, New Zealand have also signalled their intention to give Lockie Ferguson a debut over the coming weeks, with his extra pace potentially giving New Zealand’s attack even greater potency.

New Zealand’s strict adherence to their holy trinity of seamers is reflected in notably stable selection throughout the side. Over the last three years, it has been possible to predict 10 of the starting XI with near certainty. Openers Tom Latham and Jeet Raval have played 15 home Tests out of 15, as have Williamson, middle-order batsman Henry Nicholls and Wagner; among the rest, de Grandhomme has missed one game, Ross Taylor and BJ Watling two apiece, while Southee and Boult have each been absent for three.

Since Williamson’s first home summer as captain, when de Grandhomme and Raval made their debuts against Pakistan, New Zealand have used just 20 players – fewer than any of the other major Test nations (although they have also played fewer matches). Had Santner been fit, the line-up would likely have been even more locked in; of the others selected, four were spinners (Ajaz Patel, Will Somerville, Todd Astle and Jeetan Patel).

Cash in with the bat

Although traditionally a good place for swing bowlers to ply their trade, New Zealand is also home to some benign batting strips. In those 15 Tests under Williamson, they have passed 400 on eight occasions – including scores of 520 for 9, 539, 578, 585 for 4 and a whopping 715 for 6 against Bangladesh in Hamilton last year. Only India have made more 400+ scores at home (15) in that time, and they have played five more Tests.

Individually, there have been a number of impressive contributions. Over the last three home summers, all of the top six average more than 40, with three players – Williamson, Taylor and Latham – recording double-hundreds. Overall, since the start of 2018, Williamson, Latham and Nicholls all average more than 60; among England’s touring party, their best-performing batsman is Joe Root (36.17). Add in the lower-order resilience that enabled New Zealand to bat out more than 120 overs in the fourth innings for a draw at Christchurch on England’s last visit, and you can see why they have been so hard to beat.

All in all, it is a pretty straightforward formula: bat big, apply scoreboard pressure and make use of a varied attack to cut through opposition resistance. Given that England, since winning in New Zealand in 2007-08, have only been less successful in the UAE, Chris Silverwood’s task in his first Test series as head coach could scarcely be more challenging.