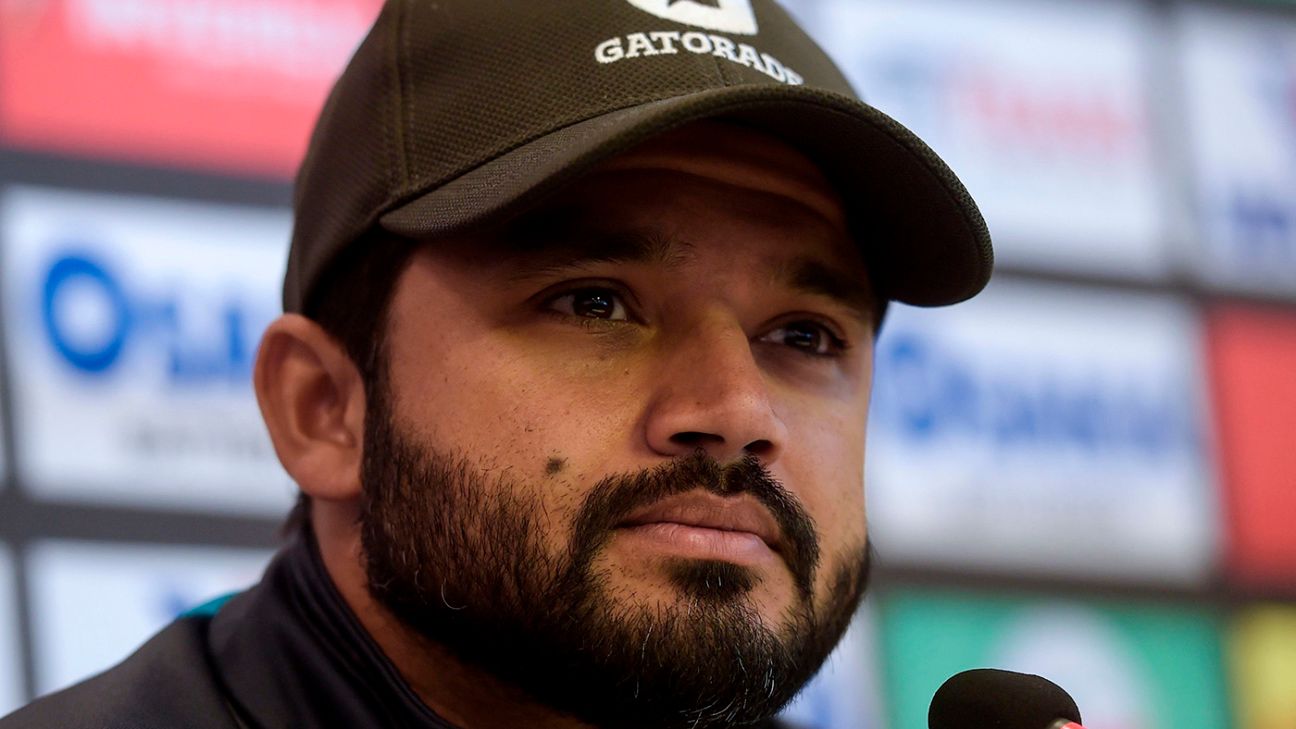 Pakistan Test captain Azhar Ali has joined Misbah-ul-Haq, the head coach and chief selector, in asking for the World Test Championship to be extended looking at the way the cricket calendar has been affected because of the Covid-19 pandemic. Ali, in an online video conference, said he could get behind the idea of playing behind closed doors should that be the only way to get cricket back on television.

“If, hopefully. in the near future cricket is possible and the health of people is not compromised, I’m sure every cricketer will say we should get cricket back on, even if it is behind closed doors,” Ali said. “There is no sport on TV right now that people can watch. They will be happy to get sport back on TV. People’s health is more important, but if we can get sport going without imperilling that, I’d support it. I’m sure the ICC will look at this. The Test Championship was a long competition anyway, so I don’t think it would be a big deal to extend it if the series cannot be held in time; I’d support extending the Test championship.

“The series coming up in the Test championship will determine where we stand. We have big series coming up in New Zealand and England, and we need to win at least three-four Tests across those series to give ourselves a good chance of reaching the final. That’s very much our aim, and we’re still looking at those series as crucial to our chances of going far in this championship.”

Whether those series can go ahead at all is in severe doubt. That is particularly true of the series against England, which is scheduled to begin in July, with the prospect of the entire English summer being written off a real possibility. The series in New Zealand, in December, is far enough out for any speculation, but with cricket cancelled across the board, the likelihood of the championship squeezing in all scheduled fixtures without an extension appears close to zero.

“As long as you keep your emotions level whatever the situation, you take good decisions. Decision-making is affected by tension and pressure”

The break in the cricket calendar has also allowed Ali to take stock of his career. Having only recently been appointed Test captain, replacing Sarfaraz Ahmed last October, Ali has led Pakistan in five Test matches. Results have been mixed: a disappointing 2-0 loss in Australia followed by a 1-0 home win against Sri Lanka and a resounding win versus Bangladesh in the first Test in Rawalpindi.

“I did want to bring fresh ideas into the team when appointed, and remove the fear factor that players have,” he said. “The players should feel free to express themselves. In a team culture, the captain bears great responsibility for the sort of culture they develop. I want to ensure that regardless of whether I’m in the dressing room or not, the environment is such that everyone thinks about the good of the team. Just as important, we want the dressing room to be a relaxed, not a tense place. We’ve seen – and not just in Pakistan – that when the team is under pressure, the dressing room becomes a very tense place. If you’re doing well, you’re all relaxed, but under pressure, people tend to find corners to hide in.

“As long as you keep your emotions level whatever the situation, you take good decisions. Decision-making is affected by tension and pressure.”

Ali’s predecessor Ahmed preferred taking central control of all decisions, ensuring he was constantly in his team-mates’ ears and insistent on micromanaging in a way that Ali does not appear to deem necessary. His more laissez-faire approach to cricket, and to leadership, means that according to him, players have the opportunity to relax, as well as understand the captain can only go so far to help them.

“Players need to be reminded of their responsibilities, but cricket needs to be enjoyed,” Ali said. “You should know how to relax, and to stay calm when under pressure. I’m happy so far, but it’s still along way to travel. It takes a lot of time to develop trust. The players need to take responsibility for their own performances, too, and they can only give themselves the best chance of performing if they set their fear aside. Being honest, when I go out to bat, there’s as much pressure on me as a young player who just gets into the side. The experienced player has the advantage of knowing how to perform under pressure. What we have to teach young players is how to handle pressure to get the best out of their ability.”