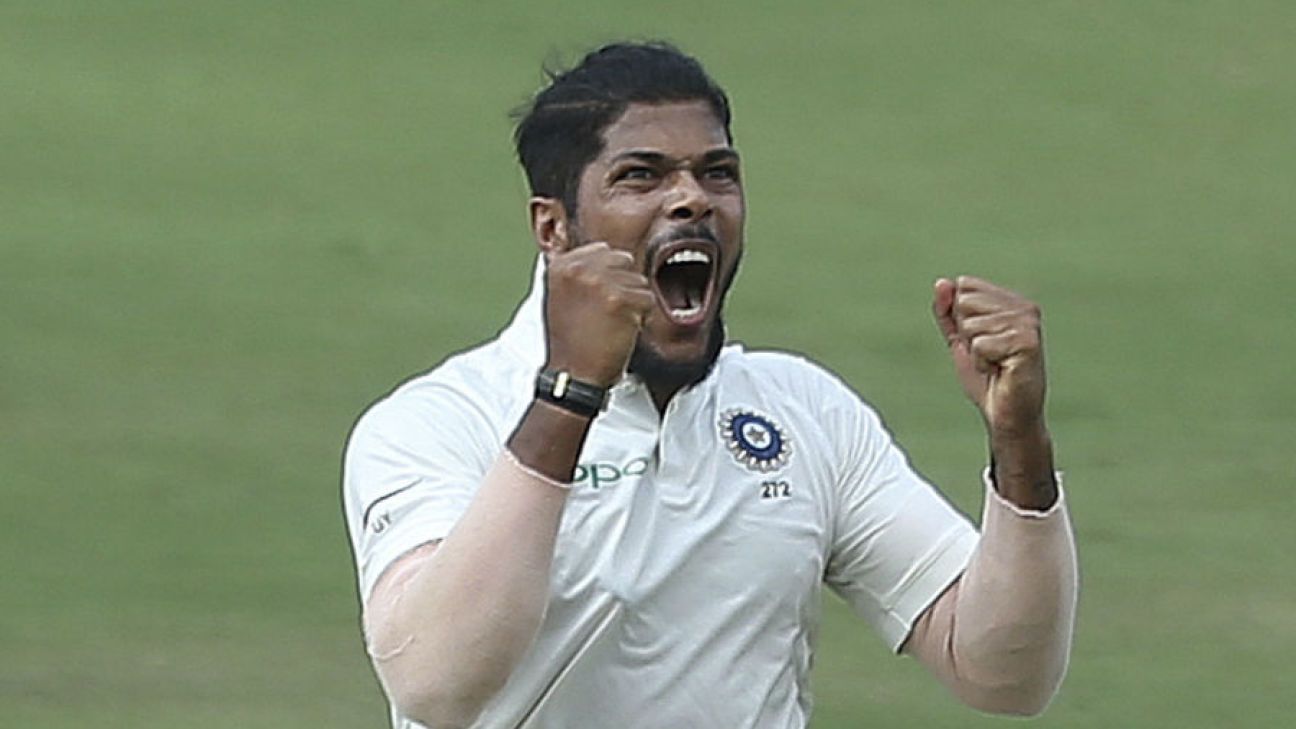 Debutant Avneesh Sudha‘s dogged 91 headlined Uttarakhand‘s fightback on the opening day of the Ranji Trophy 2019 quarter-final against the defending champions Vidarbha in Nagpur. His efforts helped Uttarakhand go to stumps at 293 for 6 after Rajneesh Gurbani and Umesh Yadav had reduced them to 44 for 3 inside 10 overs.

Gurbani struck with his sixth ball, bowling the opposition captain Vineet Saxena for 5. Umesh, playing his first match since representing India in the Perth Test, had wicketkeeper Vaibhav Bhatt and Karn Kaushal hole out for 5 and 31 in consecutive overs. Then began the middle-order fightback with Sudha stringing a 180-run partnership with Vaibhav Panwar (67) and the No. 6 Saurabh Rawat still unbeaten on 68.

Chintan Gaja (4 for 57) and Arzan Nagwaswalla (3 for 50) skittled out Kerala for 185 inside 40 overs, before Gujarat lost four wickets of their own for 97 runs on a low-scoring opening day at the Krishnagiri Stadium, in Wayanad.

Kerala’s slump – after being sent in to bat – began with left-arm pacer Roosh Kalaria bowling opener Mohammed Azharuddeen for 17 in the seventh over. Fellow left-arm quick Nagwaswalla and Gaja took centrestage then as they ran through the Gujarat line-up which could muster only one score in the 30s – thanks to No. 9 batsman Basil Thampi – with captain Sachin Baby following up his match-winning 92 in the last round with a duck and Sanju Samson retiring hurt.

Wickets kept tumbling during Gujarat’s first dig, too, as Sandeep Warrier removed openers Priyank Panchal and Kathan Patel inside seven overs. There was subsequent resistance – in the form of a 52-run fourth-wicket partnership between captain Parthiv Patel and debutant Rahul Shah – but both were undone by Thampi within four overs of each other leaving the match back in the balance.

Karnataka‘s bowling attack gave them the advantage in their knockout match against Rajasthan with Abhimanyu Mithun (3-48) and K Gowtham (3-54) picking up the most wickets. By the end of the day, they had bowled out the opposition for 224 and even wiped 12 runs off their deficit.

Only two batsmen managed to escape Karnataka’s stranglehold. Mahipal Lomror struck 50 off 133 balls at No. 3 and Rajesh Bishnoi smacked 79 off 119 balls at No. 7. The rest of the Rajasthan line-up struggled to cope with the pressure put on them as Vinay Kumar (2 for 29) and Shreyas Gopal (2 for 41) put in excellent support acts.

Rinku Singh starred for Uttar Pradesh, scoring 150 off only 181 balls after his team was brought down to 54 for 4 by Saurashtra in Lucknow.