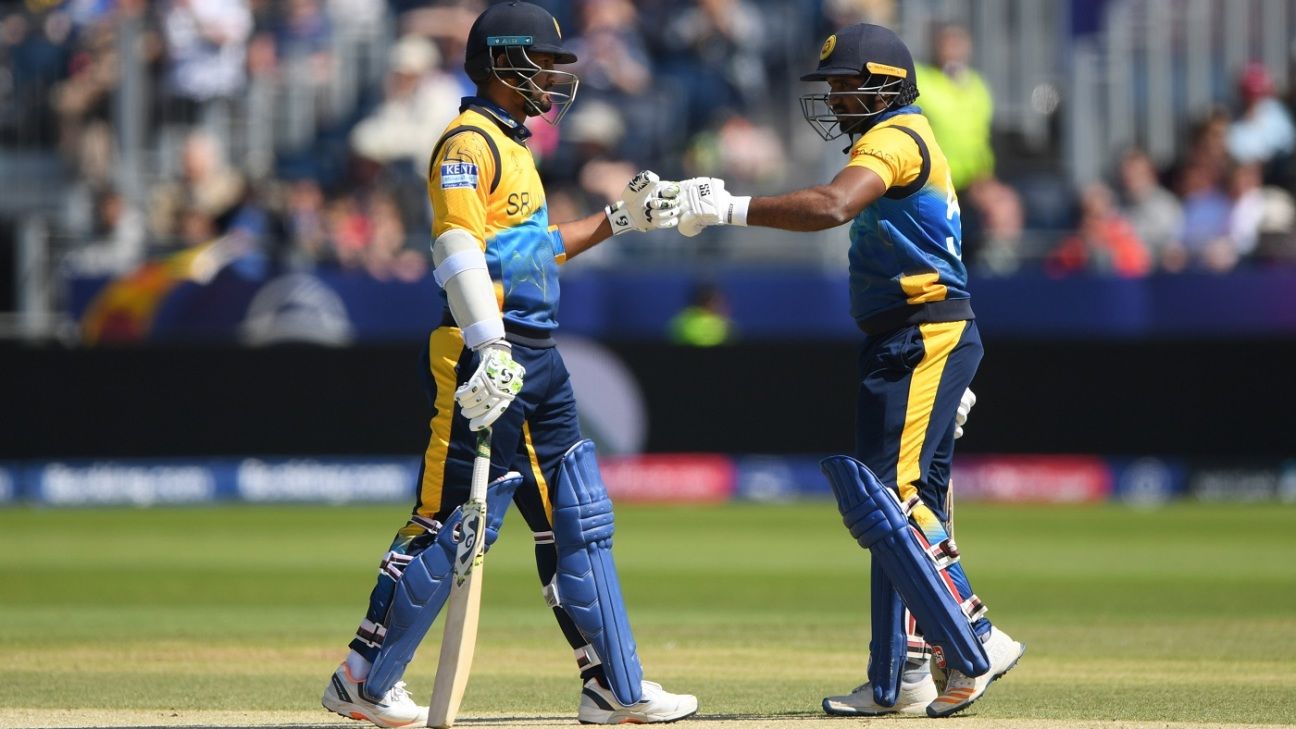 Going into their final round-robin match, Sri Lanka may be out of semi-final contention, and yet, there is a strong argument they have surpassed expectations at this World Cup. Ranked ninth in ODIs ahead of the tournament, they have won half the matches they’ve played so far, beating England, West Indies and Aghanistan, while losing to New Zealand, Australia and South Africa (their games against Bangladesh and Pakistan were both rained out).

Although India are firm favourites on Saturday, one more Sri Lanka win will secure them a mid-table position – fifth or sixth – something even optimistic Sri Lanka fans might have believed was beyond this team. And while Lasith Malinga has been the team’s best player, the batting of Avishka Fernando in particular has been a revelation.

ALSO READ: Last chance for India’s middle order to get it right ahead of the knockouts

Most expected Sri Lanka’s World Cup to be disastrous. And although their ODI cricket remains poor, it seems in a better place than it did when they arrived in England.

“We’ve had a few positives out of this World Cup, with the openers and No. 3 having done well for us,” Dimuth Karunaratne said. “Avishka Fernando is playing really well. He only got three games, but he showed what he can do – he can produce runs for Sri Lanka. He’s one of the future stars.”

While 21-year-old Fernando has been a particular cause for excitement, having hit Sri Lanka’s first ODI hundred since January, and made 183 runs at a strike-rate of 107 through the course of his three innings, Sri Lanka have also had solidity at the very top of the order. Karunaratne and Kusal Perera have produced three opening partnershps worth at least 90.

The strength of performances are increasingly divorced from selection calls in Sri Lanka, but following years of rapid turnover in the opening positions, Sri Lanka perhaps have hope that the Karunaratne-Kusal Perera partnership can provide stability well beyond the World Cup.

“Kusal and I have different styles,” Karunaratne said. “What the team expects from me is different – everyone expects me to bat through the innings. Kusal has been given the freedom to play his game. He can play his shots since he knows that I will play the anchor role from one end. If I get out, it gets difficult for him to play with freedom, so what I look to do is to rotate the strike and let him take on the bowling.

Sri Lanka have lost seven of the nine ODIs they have played against India in the last two years, but they had won their most recent match against them in England.. Chasing 322 at the Oval during the 2017 Champions Trophy, Kusal Mendis and Angelo Mathews struck fifties as Sri Lanka achieved the target with seven wickets in hand. Karunaratne hoped memories of that win would spread vibes within his team.

“India are a top team, and you can’t afford to make mistakes against a side like that. But we have beaten them in England in the Champions Trophy, and some of those players who did that are in this squad as well. I hope we can take inspiration from that win and play well.”