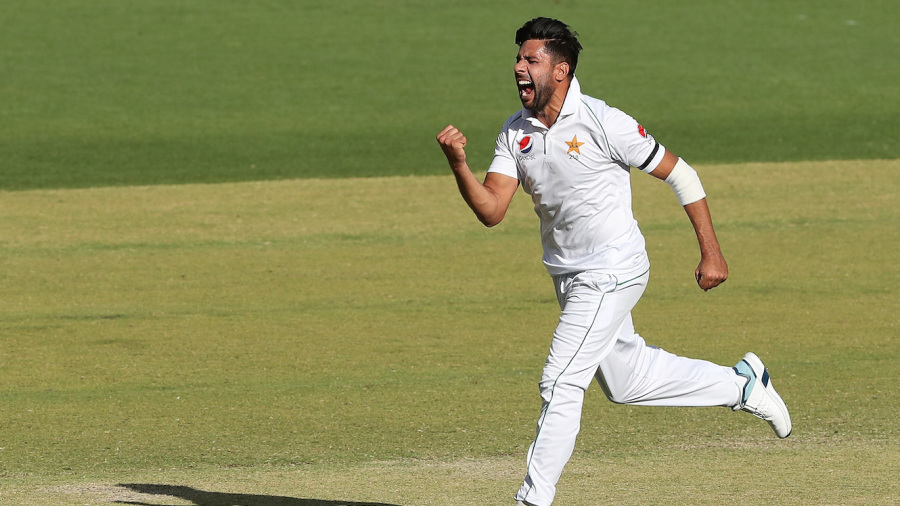 If national selector Trevor Hohns and head coach Justin Langer had hoped for some clarity over the batting vacancies in the Test team by the performance of the Australia A side they were left with anything but after the second day at Perth Stadium when the team slumping to 9 for 57 before regaining a modicum of respectability.

Imran Khan, a surprise selection for this tour, burst through Australia’s second string with 5 for 32 as Pakistan continued to show impressive signs ahead of the Test series and for a while it appeared the innings would be done inside the middle session. However, they were hauled up to 122 by Cameron Bancroft – top-scoring at No. 6 with 49 – who wasn’t part of the side until Nic Maddinson withdrew a few days ago as he added 65 in 33 overs for the last-wicket with Riley Meredith. The first nine wickets managed 23.3 overs between them.

After a lean start to the Sheffield Shield, Bancroft was considered well down the pecking order for a recall and it would be astonishing if things had changed but it felt a little like that sort of day as others failed. Joe Burns made a first-ball duck, incumbent opener Marcus Harris made 16, Usman Khawaja and Travis Head fell to the part-time offspin of Iftikhar Ahmed and Will Pucovski was also out cheaply. A second innings on the final day could yet prove decisive.

Pakistan were a bowler down in tragic circumstances following the death of 16-year-old Naseem Shah’s mother with him given leave for the day. Pakistan were offered the opportunity to bring Mohammad Abbas into the team, but the game would have lost first-class status so they declined and continued with ten players. Players from both sides wore black armbands.

Pakistan’s overnight century-makers, Asad Shafiq and Babar Azam, retired to allow others a hit and the total was lifted to 428 by the first interval with Yasir Shah making a half-century. Jhye Richardson finished with 3 for 79 but in 118 overs Australia A managed just seven wickets.

It was a bit different when Pakistan got the ball. Khan struck with his first delivery when he beat Burns’ flat-footed drive and five overs later Harris was cleaned up by a beauty from Shaheen Afridi. Being dismissed by high-quality pace bowling with the pink ball is one thing, but falling to Ahmed won’t have been in the script.

Head gave him a sizeable helping hand when he cut a short ball to point before Khawaja edged to the keeper from round the wicket in a style of dismissal that has been a feature of his career. At least for Head he scored a century in the previous round of Sheffield Shield matches; for Khawaja, who was considered another option to open alongside David Warner, it has been a difficult time in first-class cricket.

The last batsman in the line-up, seemingly, with an eye on the Gabba – the uncapped Pucovski – survived one huge appeal for caught behind off Khan before edging a delivery into the slips that climbed from short of a length.

Captain Alex Carey dragged on as he attempted to leave the ball, Michael Neser edged to slip while Richardson was lbw to complete Khan’s five-wicket haul in the blink of an eye and Sean Abbott was trapped by Shah to leave it 9 for 57.

At about this moment, the camera panned to Hohns, sat in the stands, on his phone and it was impossible not to imagine what the conversation might have been. Eventually there was some backbone provided to the Australia A innings with Bancroft showing the technique to combat the challenge while Meredith dug in with aplomb, although there was a valuable lesson on display – as witnessed on the opening day – about how much more comfortable batting became after around 25 overs. Finally, coming round the wicket to Bancroft, Afridi found the outside edge with Abid Ali taking the catch as he deputised for Mohammad Rizwan who was icing his fingers after taking multiple blows while batting.

Quite what this all meant for Australia’s Test squad that will be named on Thursday was anyone’s guess. Answers on a postcard to messers Hohns and Langer.