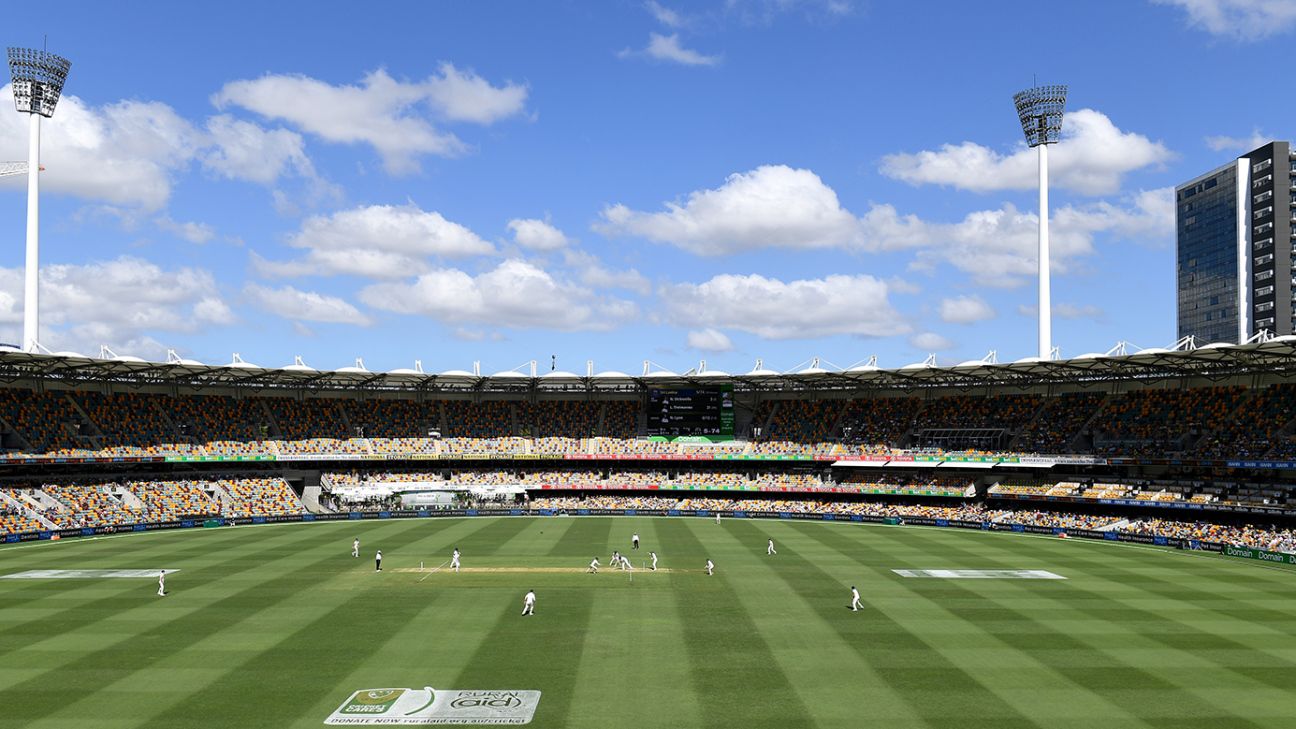 Australia’s cricketers will be just one of many voices in a debate over next summer’s schedule that will be influenced by the Gabba’s chronically low crowds, India’s preferences and also the need to find a host venue for an inaugural Test against Afghanistan.

The captain Tim Paine and the coach Justin Langer will be pushing hard for the Gabba to host the first test against India next summer by way of competitive advantage, as Australia seek a series win at home to press for a place in the World Test Championship final in 2021.

Kevin Roberts, the Cricket Australia chief executive, has already flagged the possibility of next summer’s Gabba Test being a day-night affair against Afghanistan prior to the four matches against India, and on Monday the head of national teams Ben Oliver emphasised that while Paine and the national team will get a say as to their venues next summer, they will have to fit in with the views of many others.

ALSO READ: ‘We’re open to anything’ – Kohli on a pink-ball Test against Australia

“There’s no doubt that the Gabba is a really good place for our team to play. I think we’ll work through what the schedule for coming summers looks like. I think Tim’s comments are just a reflection on the fact the team enjoys playing at the Gabba,” Oliver said. “Obviously they’ve had a lot of success there and it’s been traditionally the venue where we start out the Test summer. Whilst there’s no decisions made on next year, I think it’s important we start to work through that and the discussions with India are moving positively.

“We’re part of an international game with a lot of partners. So all of the stakeholders have some discussion or some say in how the schedule takes place. The team has certainly got a voice in the schedule. And again they’re one of a very important group of people we need to take into consideration when we build out our schedule each year.”

As for the prospect of Brisbane getting a Test against Afghanistan, Oliver said: “There are no discussions that have been made on that. And they’re all discussions that’ll take place over the coming months ahead of confirming the schedule for the coming year.”

The alternative view to Paine, who made it completely clear he wanted the team to host India at the Gabba for the first Test of their series next summer, has been articulated by the former Test opener and now Cricket New South Wales board director Ed Cowan, who described a Sunday crowd of little more than 4,000 as “an absolute disgrace”.

“There was no one there, it was Sunday, the last day of the Test match and there were 4000 people there, it’s an absolute disgrace,” Cowan told ABC Radio. “So you can kick and scream and say ‘the wicket’s the best in the country and they deserve to have the first Test of the summer’, if people don’t go and watch, it will not continually have the first Test of the summer. That’s the cold, hard facts. There will be a Test match there, no doubt.

“Brisbane is not a great place to watch Test cricket. It’s hot, it’s sweaty, you’re in a concrete bowl, there’s nothing great about the Gabba except probably the wicket. What can make that better and more appealing is to play day-night cricket there. So I think it’s one of those venues, a little like Adelaide, that is suited to day-night cricket.”

Following their innings victory over Pakistan in four days, the Australians enjoyed a day off on Monday, and on Tuesday will be rejoined by James Pattinson, the fast bowler banned from the Gabba Test for obscene personal abuse of Queensland’s Cameron Gannon in a Sheffield Shield match. Langer had claimed in a radio interview that Pattinson’s words to Gannon did not constitute a “homophobic slur”.

“It clearly wasn’t a homophobic slur, that’s my view, but he’s been penalised because he had three strikes in 18 months,” Langer told Alan Jones last week. “He’s a terrific bowler, I love his energy, love his passion, but he’s just got to be calmer in the contest.”

Oliver, however, stated that Pattinson had been left in no doubt that his words were inappropriate. “He’ll rejoin the team in Adelaide as was planned and be part of full preparation there and I guess we play on. There was a discussion prior to the first Test here that reinforced the team’s values and how they want to carry themselves on the field.

“There’s no need or purpose to go into exactly what was said there, we’re not going to go into that. What is really clear is that James knows that it was inappropriate. He’s acknowledged it, apologised and he’s a good human being and he’s paid a fairly hefty penalty in missing the first Test.”