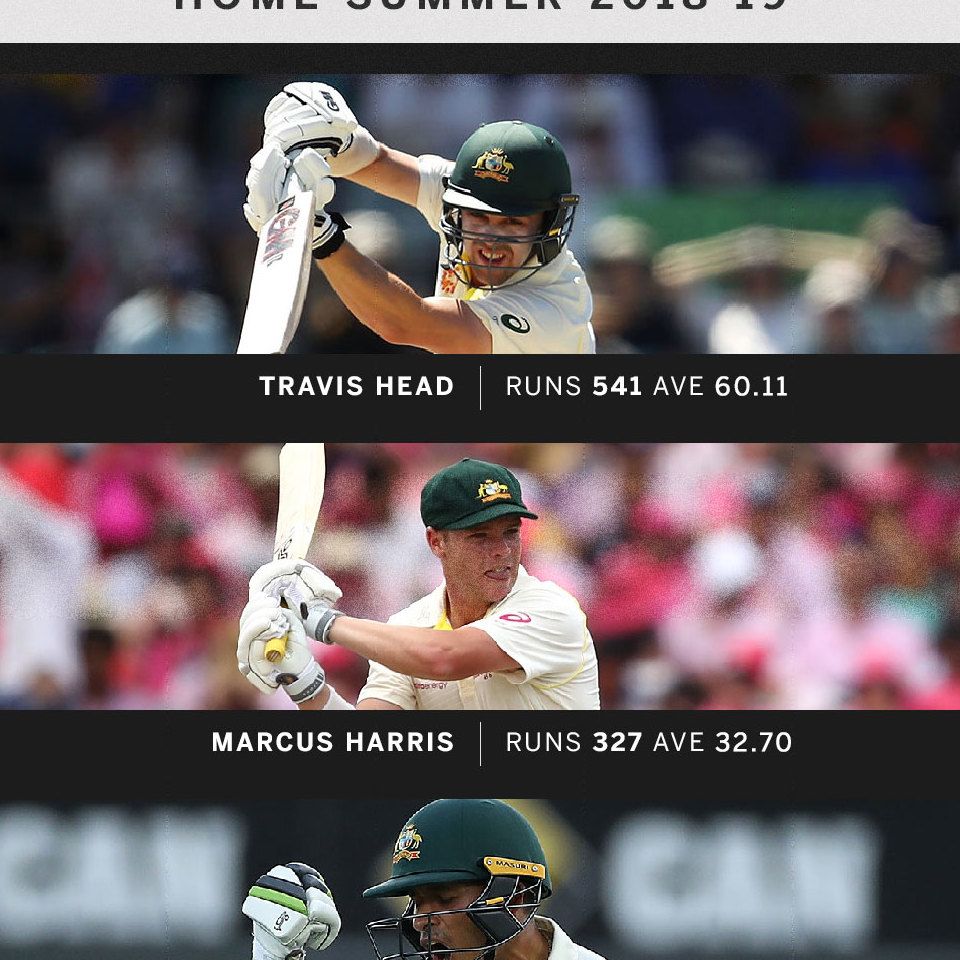 Australia ended their home Test season with a thumping 2-0 victory against a Sri Lanka side that barely put up a fight. Hundreds were made and plenty of wickets taken as they finished the summer in a more positive frame of mind. Their overall tally was three Test victories against two defeats, but without rain against India in Sydney that would probably have been a heavy loss. What can they take away from a season of rebuilding and what remains unanswered?

Heading the right away

Travis Head filled his boots in Canberra, reward for the hard yards he had put in when faced more demanding conditions throughout the season. He had started well against India on two tricky pitches in Adelaide and Perth before throwing his wicket away in the latter part of the series. Against Sri Lanka he helped ensure a big lead in Brisbane then twice scored runs when the first three wickets had fallen cheaply at Manuka Oval. For now, he is on the outer of the ODI team so he may be able to focus on his red-ball game ahead of the Ashes, where he appears locked in for the middle order.

We already knew Pat Cummins was a terrific cricketer, but for large parts of this season he has carried the Australian team. As with Head, the somewhat easier successes against Sri Lanka were payback for the grind of bowling to Cheteshwar Pujara. The other notable aspect for Cummins is that he has now stayed fit throughout two full home summers – there were times earlier in his career when it was possible to wonder if that would ever happen. One of the challenges for the management in the months ahead is how to ensure he is ready for the matches that really matter. At the end of the Sri Lanka series, former England captain Michael Vaughan tweeted that one day Cummins would win an Ashes on his own: a potentially career-defining year lies ahead.

Beyond the big three

If Josh Hazlewood hadn’t suffered a back injury it’s likely that Australia’s pace attack wouldn’t have changed all season. But Jhye Richardson earned his chance against Sri Lanka and, though the opposition was weak, he looked at home. He is a different type of bowler – shorter, skiddier – than the main three and it has prompted a debate about whether he has the skills to be an Ashes starter. Even if he doesn’t make the XI at Edgbaston there has been the chance to have a look at a bowler outside the big three which both reinforces the pace-bowling depth and ensures the incumbents are kept on notice. The other thing to note about Richardson was that he appeared to find a hint of reverse swing in Canberra, something the Australia quicks struggled to obtain this season.

It took five Tests and a long-winded route to get there, but by the end of the season Australia’s Test side was close to having the best available batsmen in the XI. Joe Burns (a specialist opener opening the innings) and Kurtis Patterson may not have made a difference against India, but they are batsmen who have performed consistently in the Sheffield Shield and were worthy of selection. The fact the selectors made the last-minute decision to call-up Patterson both highlighted their uncertainty but on the other hand should be acknowledged as sensible, pragmatic thinking.

But the belated batting successes does not mean all the questions have been answered. The entire season has been played with the backdrop of the suspended duo of David Warner and Steven Smith. They are both certain, fitness-permitting, to return for the Ashes. The two Tests against Sri Lanka have created some doubt as to who will open with Warner. Marcus Harris impressed against a world-class India attack but couldn’t take his chance against Sri Lanka while Burns flayed 180. There could yet be space for just one of Harris or Burns in the Ashes squad. If so, it’s a tough call.

And talking of the banned pair, that represents a challenge of its own. While there’s no doubt they will return – Tim Paine said he saw them playing a key role in the Ashes – there are still some unanswered questions about how the process will be managed. Is there any lingering resentment that needs to be sorted out? Is Warner, especially, willing to adopt a new way of playing? The early weeks in England – beginning with the World Cup build-up – are likely to be a bit of circus, although Smith may not be there. Then there’s the question of getting back up to speed for international cricket. Regardless of the world-class ability Warner and Smith possess it’s not a given that they can stroll back into the international game.

Yes, England’s batting is struggling badly at the moment, but while Australia ended their century drought with four hundreds in Canberra there was also a reminder of an old problem they will need to counter in the Ashes. In the two innings they were 3 for 28 and 3 for 37 as the Sri Lanka seamers, with just five caps between them, managed to cause problems in the short period where the Kookaburra ball swung. There was some hard-handed driving that will be a risky approach in England against the Duke ball which continues to move for much longer. It remains to be seen what sort of pitches are produced for the Ashes but there needs to be some tightening up in the top order.