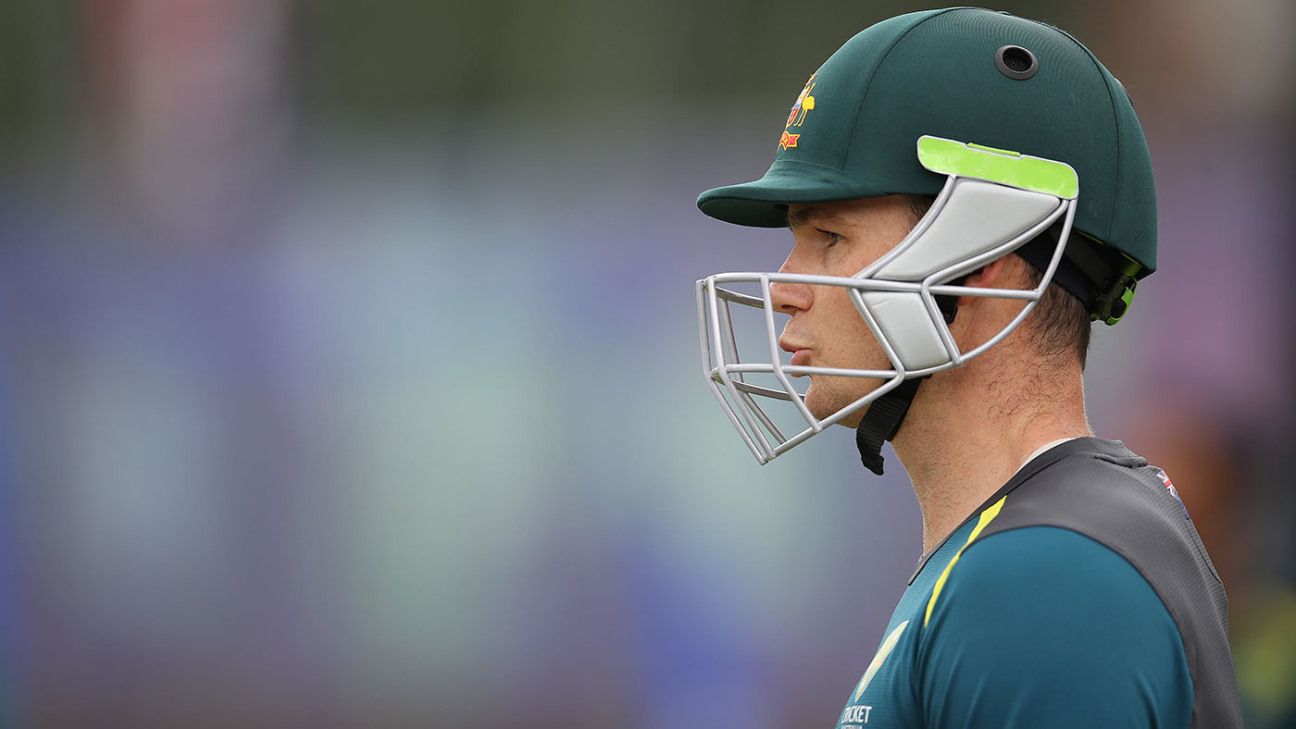 Australia have wasted little time in turning their thoughts to next month’s Ashes series after yesterday’s semi-final defeat against England, adding three players from their World Cup party to the squad to play the Lions at Canterbury on Sunday.

Peter Handscomb, who was bowled by Chris Woakes for 4 yesterday in his only appearance of the tournament, is joined by Matthew Wade and Mitchell Marsh – who had joined the squad as injury cover for Marcus Stoinis – in the 15-man squad that will now play as ‘Australia XI’ rather than ‘Australia A’.

Handscomb struggled throughout his brief stay at the crease against England, and former Australia bowling coach Craig McDermott questioned his selection ahead of Wade on Twitter.

ODI captain Aaron Finch played down the impact that Thursday’s defeat would have on the Ashes.

“There’ll be a high turnover of players I imagine,” he said. “I don’t think the guys carry too much baggage when [they are] going between formats. If we rolled up and played a one-dayer tomorrow, there might be a few scars, but in terms of the Tests, I don’t think so.”

Pat Cummins said that while Australia did not need much extra fuel, the defeat “gives us a little bit more”.

“We’re back here in two or three weeks,” he said. “I feel like I’ve played here now, know what to expect from the crowd.”

The tourists’ squad for the game includes 12 players with 196 Test caps between them. The only members without experience at that level – Michael Neser, Will Pucovski, and Chris Tremain – have all previously been named in Test squads.

The squad includes Joe Burns and Marcus Harris, who are in direct competition to partner David Warner at the top of the order in the first Test at Edgbaston on August 1. Both men hit hundreds in a 10-wicket win against Sussex this week.

Tim Paine, who will captain the side, said he expects the tourists to increase their focus in Sunday’s game. “It’s not that we weren’t at 100 percent intensity,” he told cricket.com.au, “but next week’s game is against an English team and we expect to be right in the contest.

“Potentially, there’s going to be guys in [the Lions’] team that play in the first Test, so any opportunity we get to put some doubts in their mind we’ve got to take.”

Following their game against the Lions, Australia play an intra-squad first-class game at the Ageas Bowl on July 23.

James Pattinson and Josh Hazlewood are both expected to be rested for the game at Canterbury, with both likely to be named in the Ashes squad.

England Lions, meanwhile, go into the game with only three players with Test caps – Ben Foakes, Jack Leach, and Sam Curran, who received a late call-up to the squad after Saqib Mahmood withdrew due to injury.

They will be captained by Lewis Gregory, the Somerset allrounder, and also include Dom Sibley, the leading run-scorer in Division One of the County Championship this summer.