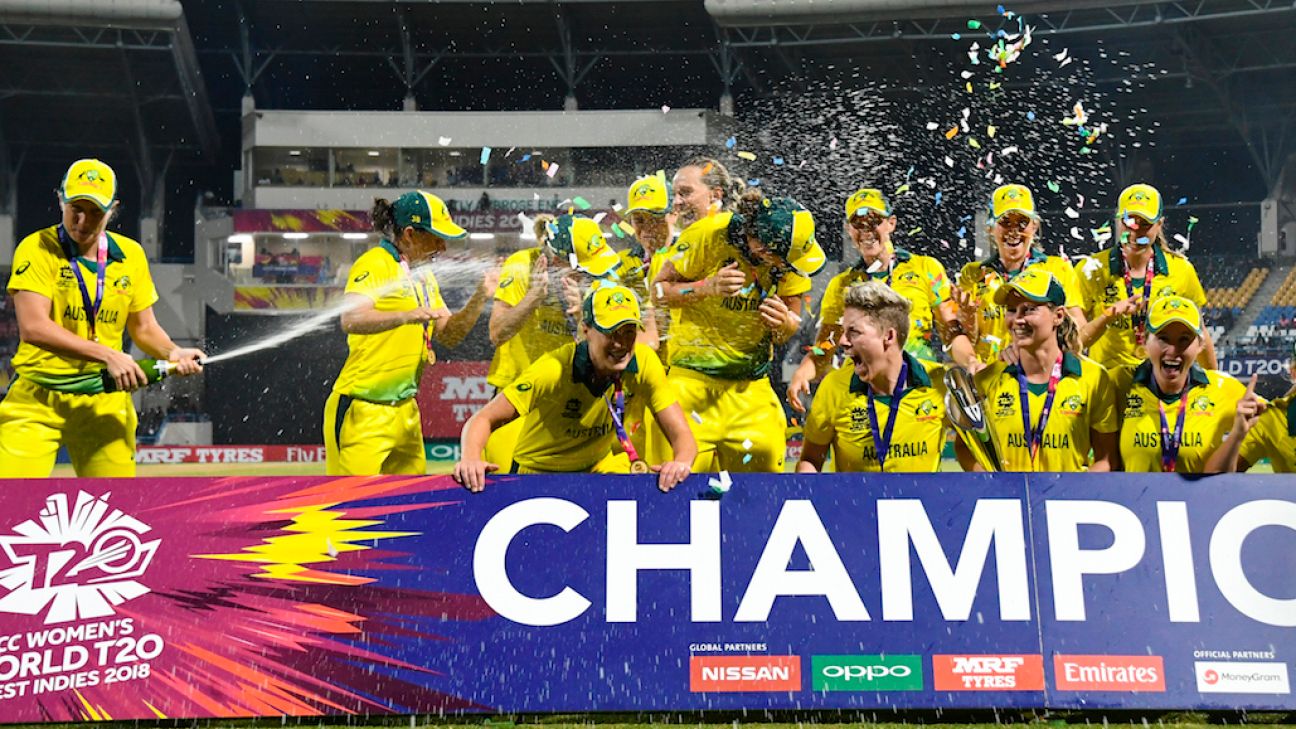 Cricket Australia will top up the team’s prize money at the women’s T20 World Cup to match the men’s for whichever stage of the tournament they reach next year.

That announcement follows the ICC’s decision to substantially increase the prize money on offer for women’s events.

If Australia successfully defend their title on home soil in February and March it would see CA putting up US$600,000 (AUD$885,000) alongside the ICC prize pool.

“We want to continue our commitment to equality by ensuring that any prize money earned by the Australian Women’s team in the T20 World Cup is the same as what is on offer in the men’s side of the tournament. This will include matching the prize money for the final, semi-finals, or group stage.” CA chief executive Kevin Roberts said.

“The quality and skill level of the women’s game continues to grow and that was witnessed firsthand last week with the team breaking another world record, winning 18 consecutive ODI matches.”

Roberts added that there was still much more work to do to bring parity between men’s and women’s pay and prize money.

“I commend the ICC’s commitment and while there is no doubt we are starting to see financial progress for our talented cricketers, we still have a way to go and CA will continue to play a role in driving equality for our athletes.”

Last week CA announced a new parental leave policy which provides 12 months paid maternity leave plus a guaranteed contract extension and a range of other support.