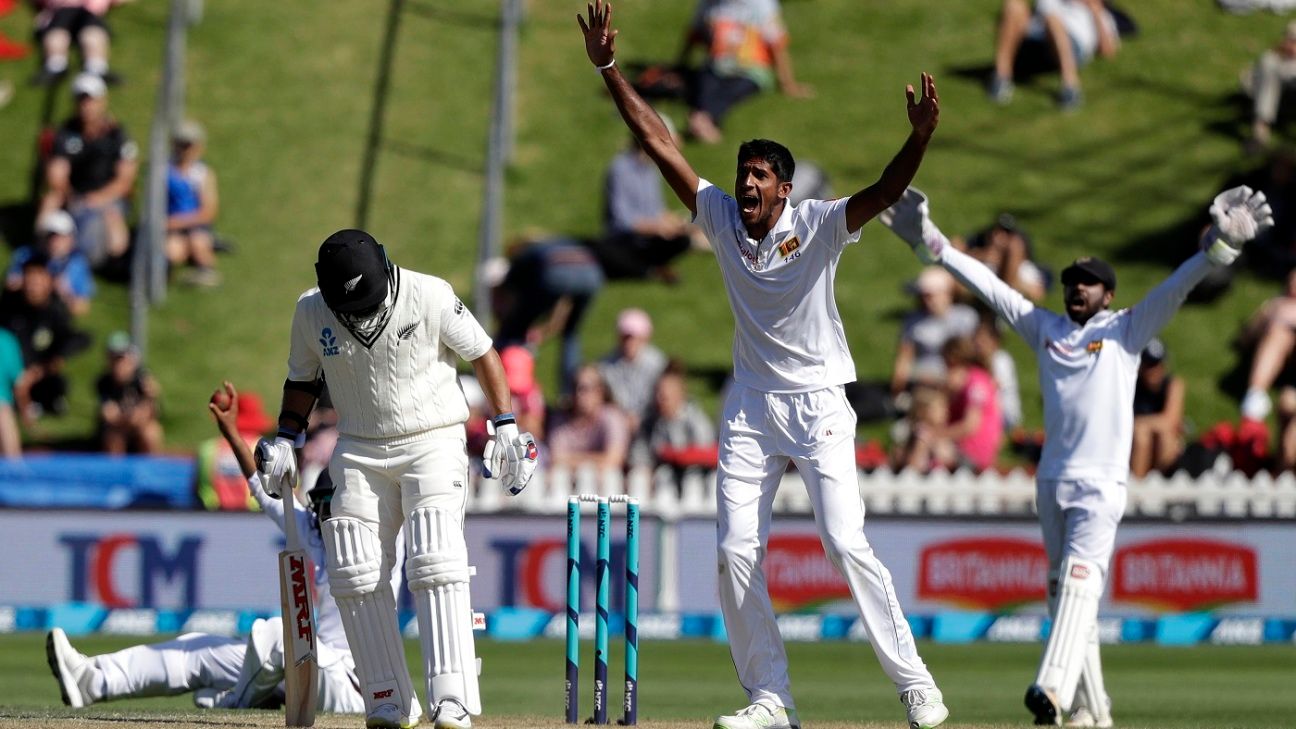 Australia won the toss and decided to bat against Sri Lanka

Australia have won the toss and chosen to bat against a severely depleted Sri Lanka attack in Canberra, with the hosts unable to field any of the three frontline quicks that had played in the first Test.

Series-ending injuries to Dushmantha Chameera and Lahiru Kumara had already been confirmed, but on the eve of the Canberra Test it was revealed that spearhead Suranga Lakmal was struggling with a stiff back as well. That complaint has not sufficiently healed in time for Lakmal to play in the Test, which means that bowling allrounder Chamika Karunaratne will now make his Test debut, despite not having arrived in the country until roughly 48 hours ago.

Aside from those three forced changes, Sri Lanka have also made a voluntary one in the batting order, bringing in Kusal Perera into the middle order, in place of Roshen Silva. Lahiru Thirimanne is likely to open again alongside Dimuth Karunaratne.

The hosts, meanwhile, have opted to keep Marcus Stoinis waiting for a Test debut, and have chosen an unchanged XI from the first Test.