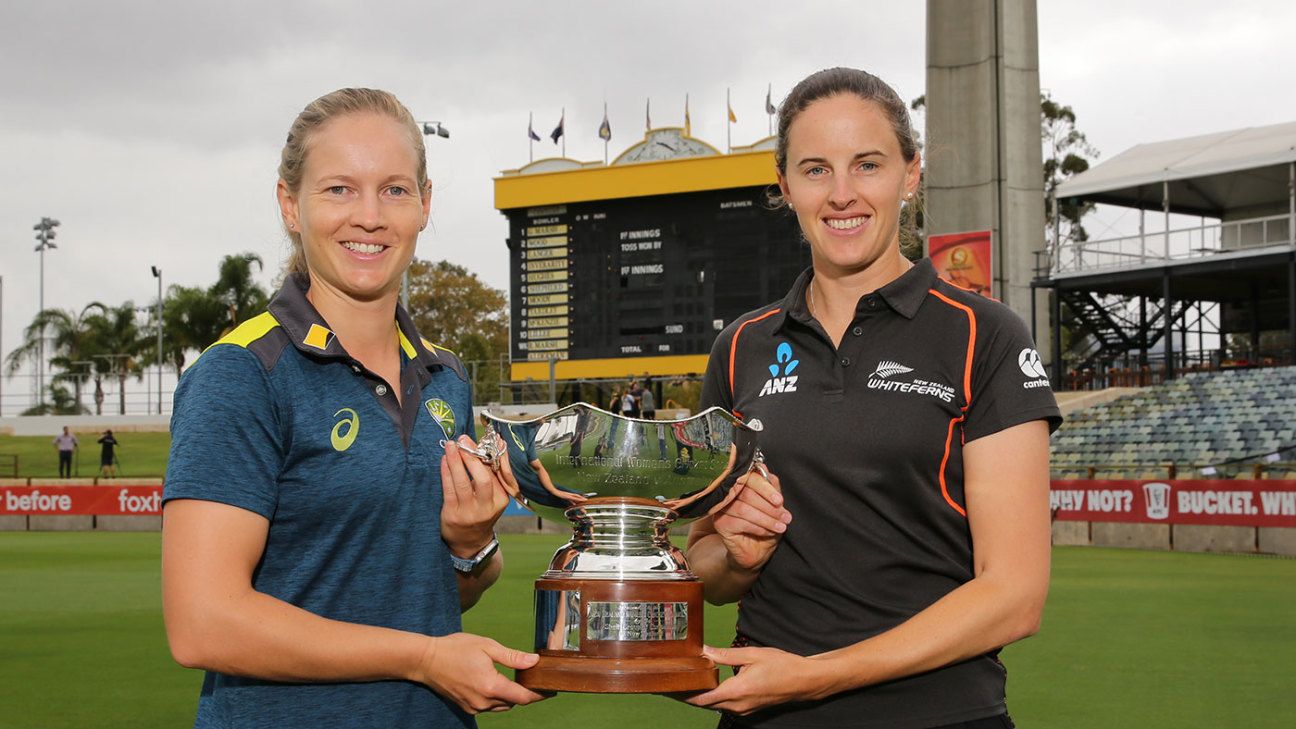 After a season that has seen them lift the T20 World Cup, Australia are targeting end-of-season success against New Zealand in the three-match one-day series which begins in Perth on Friday.

Given the dominance of T20 this season, these are the first ODIs Australia have played since last October when they beat Pakistan 3-0 in Malaysia. They face a New Zealand side that has been left without their coach, Haidee Tiffen, after she stepped down from the tour following a “confronting” review in the wake of the team’s disappointing T20 World Cup campaign.

The Rose Bowl, the trophy the two teams play for in ODI series, has been in Australia’s hands for 20 years – New Zealand’s last victory coming on home soil in 1999. They lost the recent series against India 2-1, being bowled out for under 200 in the two defeats, and Australia will be strong favourites to continue their hold on the contest.

“We know we probably haven’t produced some of our best results over the last 12-18 months against top-quality sides and it’s something that keeps motivating us to continue to get better,” captain Amy Satterthwaite said. “We go in as underdogs but we excited to be competing against a quality side. We know we’ll have to play as a real unit to get some wins. You look at this side and you look at the players they are leaving out, it just shows the amount of depth Australia has.”

Australia will need to make a change at the top of the order with regular opener Nicole Bolton currently taking a break from the game, but there is no shortage of options. Elyse Villani has recovered from the hamstring injury which kept her out of the latter part of the BBL, while Rachael Haynes and Beth Mooney are also vying for the spot alongside Alyssa Healy who recently swept the board at the Australian Cricket Awards.

A lot of attention will be on Ellyse Perry following her record-breaking form in the WBBL. In T20 she slipped down the order during the T20 World Cup, but there is no doubt about her role in the ODI format where she averages 49.63 – the third highest for a player with over 2000 runs behind Australia captain Meg Lanning and India’s Mithali Raj.

“She’s a lock in at No.4 for us and has been in one-day cricket for a long time,” coach Matthew Mott said. “She really revels in this format and I think she’s evolved her T20 game as well. The Big Bash was exciting to watch, just her taking her game to another level. And she’s been a real leader amongst our group in T20 and you’ll see her at her best here.”

They need to decide on the balance of their attack with a recall for left-armer Lauren Cheatle a strong chance in the more pace-friendly conditions of the WACA but it will also be worth keeping an eye on legspinner Georgia Wareham if her opportunities arise. Wareham was named Young Cricket of the Year at the ACA’s having impressed in the Caribbean.

“The WACA is renowned for its pace and bounce, that does bring an extra pace bowler into the equation,” Lanning said. “[Cheatle] could play a really big role, she’s been bowling well in nets and coming off good WNCL form as well.

“The wicket looks really green out there so that could suit the pace bowling. She’s in a really good spot, she’s bowling as quick as I’ve seen her. I faced her in the nets yesterday and she was swinging it and bowling with good pace which is always really exciting.”

New Zealand still rely heavily on the trio of Satterthwaite, Suzie Bates and Sophie Devine to lead their batting. They hope a trump card will be the pace of Lea Tahuhu while Rosemary Mair, who made her international debut in the T20 series against India with promising returns, is in line for her first ODI appearance.