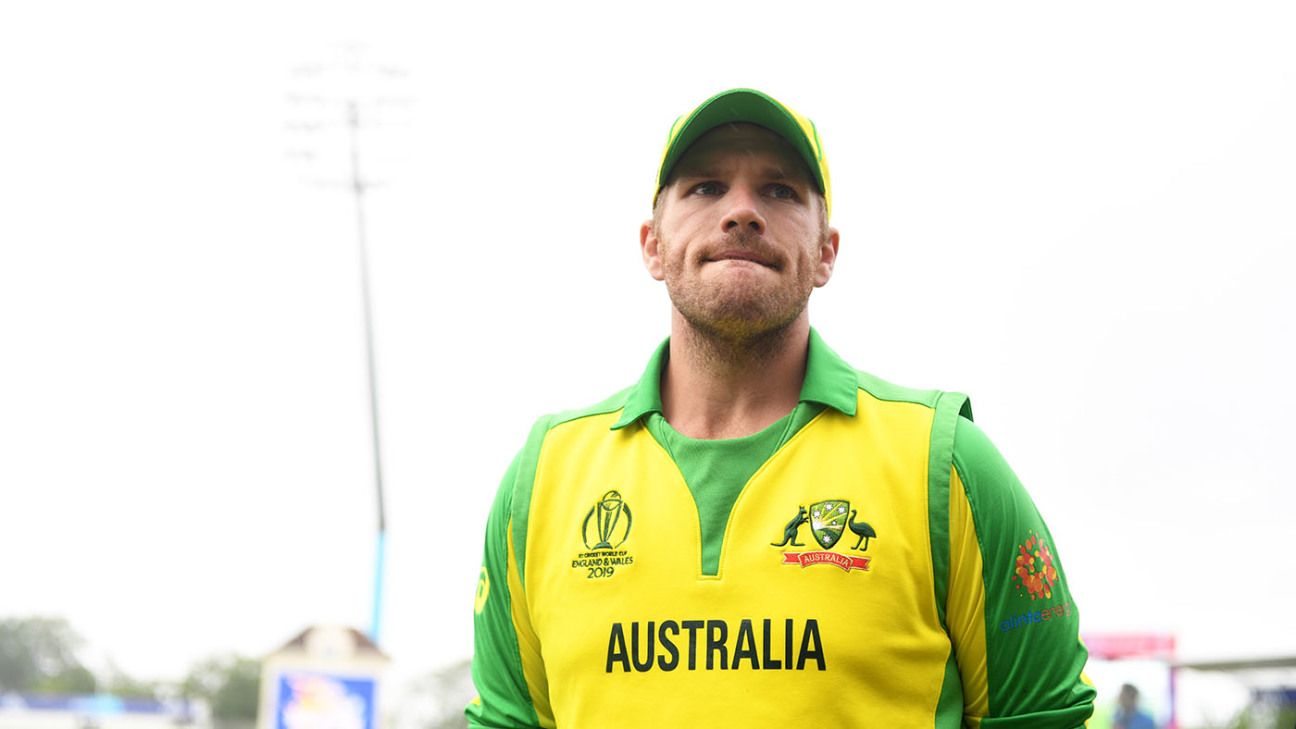 Australia chose the worst possible time to put in their “worst performance” of the tournament, an eight-wicket thumping not only ending their world title defence but also consigning them to a first semi-final defeat at a World Cup.

In days to come the defeat might sting less, especially in light of where Australia’s ODI form has been over the last year, but Aaron Finch could not hide his disappointment.

“In terms of where we were 12 months ago, obviously I think we have made a huge amount of progress,” he said. “Really proud of everyone involved for how much hard work and how far we have come, but at the same time we came here today to win a semi-final and get ourselves into a position to win another World Cup.

There was a brief phase, during a 103-run partnership between Steve Smith and Alex Carey, when Australia were threatening to do what countless Australian sides before them have done at these tournaments. But Australia were otherwise outplayed, as Finch admitted. And it was the very first ten overs of the game in which the semi-final was lost, Australia left dazed, confused and almost down at 27 for 3.

“The damage was really done with the ball,” Finch said. “That sets you back. That forced us to rebuild for such a long time and start to drag some momentum back and then, like I said, you lose a couple of quick wickets again, new batters starting, it is always tough against really good leg-spin and good quicks as well.

“So, all in all, we were totally outplayed to be honest all throughout the day, so you look back at that and you can analyse each ten overs, but just outplayed.”

Carey apart, each of the players who had done so much to get Australia to this point – the ones who stand up in big games, said Finch – failed. They’re not at all in the crisis that England found themselves in after the 2015 World Cup – and this tournament, as Finch pointed out, has been part of overall progress – but a longer-term look towards the next World Cup will be a natural outcome. Part of that will take in the new ODI league that leads into qualification for 2023.

“I think that after a World Cup you always start looking and you have one eye towards the next one,” Finch said. “I think that as a management, senior players, I’m sure over the next next couple of months or so we will sit down and start talking about that and start planning how we think that we can best plan and prepare and improve over the next four years to get us to go, well two steps further.

“I think that every team will do that. You start looking at what you can improve most, areas that you can identify that you need some work to be done and that will happen no doubt – that happens naturally with players when you are talking about the game and trying to find ways to improve.

“But as a coaching staff, as a management, that will be really important as well that everyone gets on the same page and everyone pulls in the same direction which is what we have done. We have been really lucky. Everyone has bought into the way we have played and it is unfortunate we have come up short.”