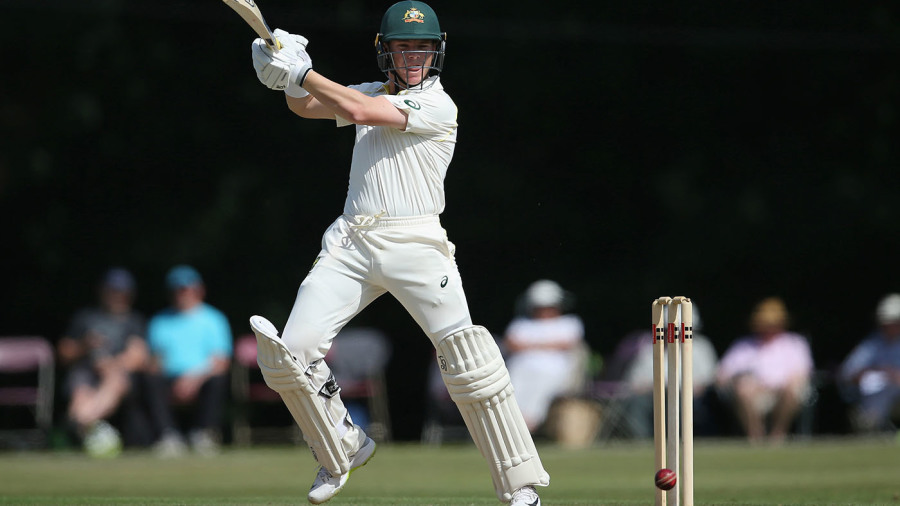 Winning momentum is a priority for Australia A and Test captain Tim Paine after the A side needed just six balls on day four to wrap up a 10-wicket thrashing of Sussex at Arundel.

Australia A required just 11 runs to win after Sussex were bundled out for just 120 in their second innings at stumps on day three.

Marcus Harris, fresh off a century in the first innings, blasted three boundaries in the first over of the day to send everyone home early.

Paine, who is captaining the Australia A team in preparation for the Ashes, said there was only one goal in these tour matches.

“Winning, that’s what we’re here to do,” Paine said. “Great to get the tour off to a winning start. All our bowlers were quite impressive by the end of the game and we saw some great hundreds from Harris and Joe Burns.

“It’s what we want to see. I think we’re in a really good position at the moment as a Test team where we’ve got a lot of guys who have had good summers and some others are over here playing county cricket and playing well and obviously this game we’ve had two guys score hundreds. So we’ve got plenty of options and plenty of guys in really good form so that puts us in a really good place.”

Five of Australia’s top seven from their last Test match are in the Australia A side. Incumbent Test openers, Harris and Burns put on 214 in the first innings to set up the win as the pair continue their battle to see who will partner David Warner in the first Test.

The batting did fall away thereafter with Australia A losing 10 for 159 against the second new ball. Travis Head (34) and Paine (20) were the only other players to get decent starts. Paine said there was room for improvement in the match against the England Lions starting on Sunday at Canterbury.

“We didn’t quite nail it after that big partnership but there are guys here who haven’t played a game of cricket for months and there’s still a bit of rust and lack of time in the middle and that can happen,” Paine said.

“Now we’ve got a game next week and what we want to see is continuing improvement coming into the first Test.”

The international experienced attack of Josh Hazlewood, James Pattinson, Jackson Bird, Michael Neser and Jon Holland excelled against Sussex. Australia A also has Chris Tremain available and may rotate one of their quicks against the Lions.

“(The bowlers) had a light second innings I guess, so if required they’ll be good to go again,” Paine said. “We’ll have to manage them and see what best suits and what guys we need to have a look at.”

Paine is eyeing off an opportunity to claim some early bragging rights ahead of the Ashes.

“We expect the intensity to go up next week and our intensity will be going up next week. We want to come on this tour and win every game we’re playing in. Potentially there’s going to be guys in that team that play in the first Test so any opportunity we get to put some doubts in their minds, we’ve got to take.”