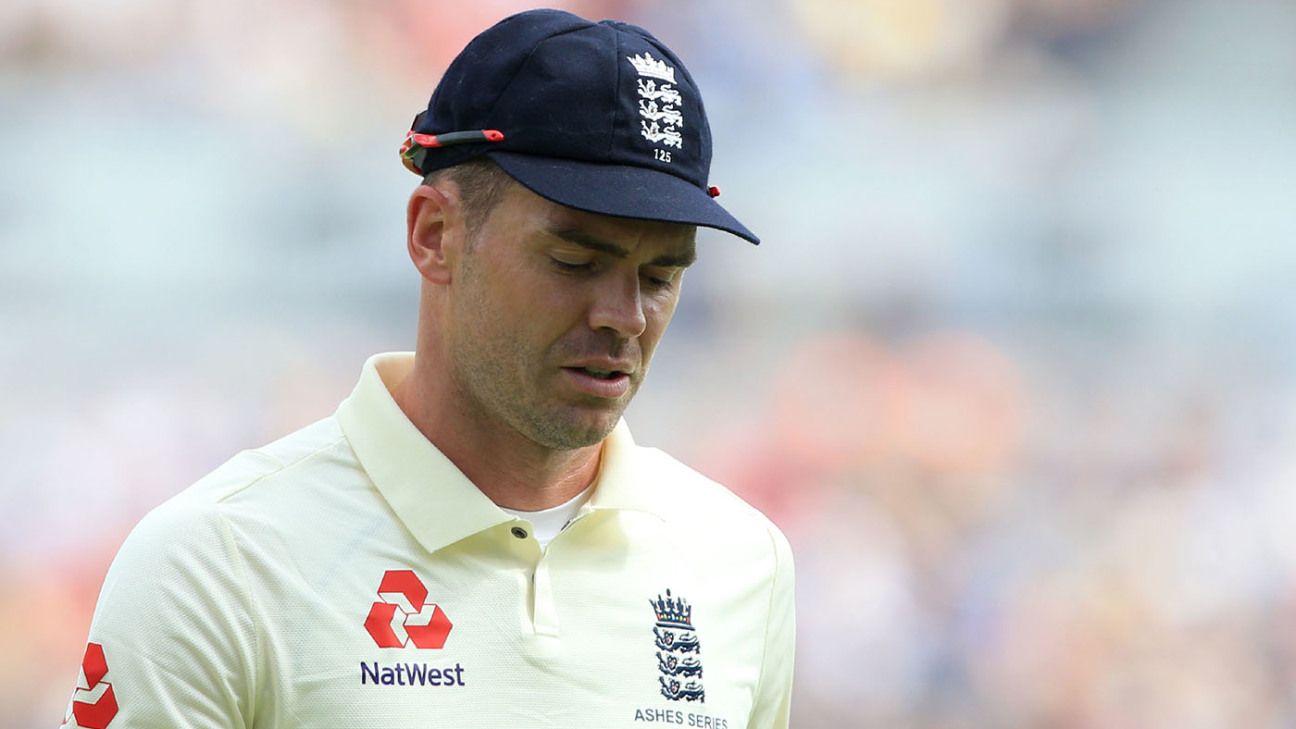 James Anderson has said he “doesn’t see any reason” why he shouldn’t play in the 2021-22 Ashes series as a 39-year-old despite bowling only four overs for England in the last nine months.

Anderson went off after hurting his calf during the first day of first Ashes Test at Edgbaston this summer, and after a recurrence of the injury while he tried to return in time for the fourth Test, he was left out of the touring party for the ongoing series in New Zealand.

He hopes to return to the squad in time for the South Africa tour that starts next month, and will travel to Potchefstroom this week, along with fellow seamers Mark Wood, Olly Stone, Craig Overton and Ollie Robinson.

Anderson told the Daily Mail that he has made technical changes during his lay-off, which he hopes will improve his longevity, including a return to the longer run-up he trialled during England’s tour of the Caribbean in the spring.

“When I felt the calf go, it was in that first three or four paces of my run-up, trying to get up to speed really quickly,” he said. “Lengthening my run-up just gives me that little bit extra time to gradually build up the pace rather than pushing off too quickly and putting too much pressure on it.

“I’ve changed the running technique a little bit, too, to use my legs a bit more to generate more momentum up to the crease.”

Anderson has been using Manchester City’s training facilities throughout the winter in his attempts to return to fitness, and said that he had realised during his layoff that he still had the “hunger” to play Test cricket.

“I still feel that in the near future I’ve got something to offer this team, both in performances on the field and around the group”

“The biggest thing to come out of that for me was actually the hunger,” he said. “I found I had to try to get fit again because it would have been quite easy for me, especially after the third time I injured my calf trying to get ready for the Old Trafford Test, to say, ‘Sod it, I can’t do this anymore’.

“I guess when you get to a certain age you start thinking about the next chapter. And people have always said to me that you just know when it’s time to finish.

“But I went away that week, on holiday with the family to Corfu, just to get away from it because I was feeling quite low having worked hard to get back fit. And at the end of it, in conversation with my wife Daniella, she was like, ‘Why would you stop?’

“It’s not as if I’m unfit. Getting injured is just a thing that happens and as I get older, yes, there might be the odd extra muscle injury that I’ve got to deal with. But my injury record’s been pretty good and I’m still in the top 10 bowlers in the world, even though I’ve not played for longer than six months.”

Anderson also suggested that he had plenty to offer England over the next few years, not only in terms of his own performances but also through passing on his wealth of experience to the younger seamers in the side.

“I know everyone’s talking about the Ashes in two years’ time, which is a long way away, and I’d be 39 by then,” he said, “but if I still feel like I do at the minute, if I keep working as hard as I am in the gym and at my game, then I don’t see any reason why I can’t make that trip.

“But whether I do or I don’t, I still feel that in the near future I’ve got something to offer this team, both in performances on the field and around the group.

“We’ve got young lads coming in, some fairly inexperienced players who might need some guidance. I feel like the more experience you’ve got around the group, around those younger players, the better really.”