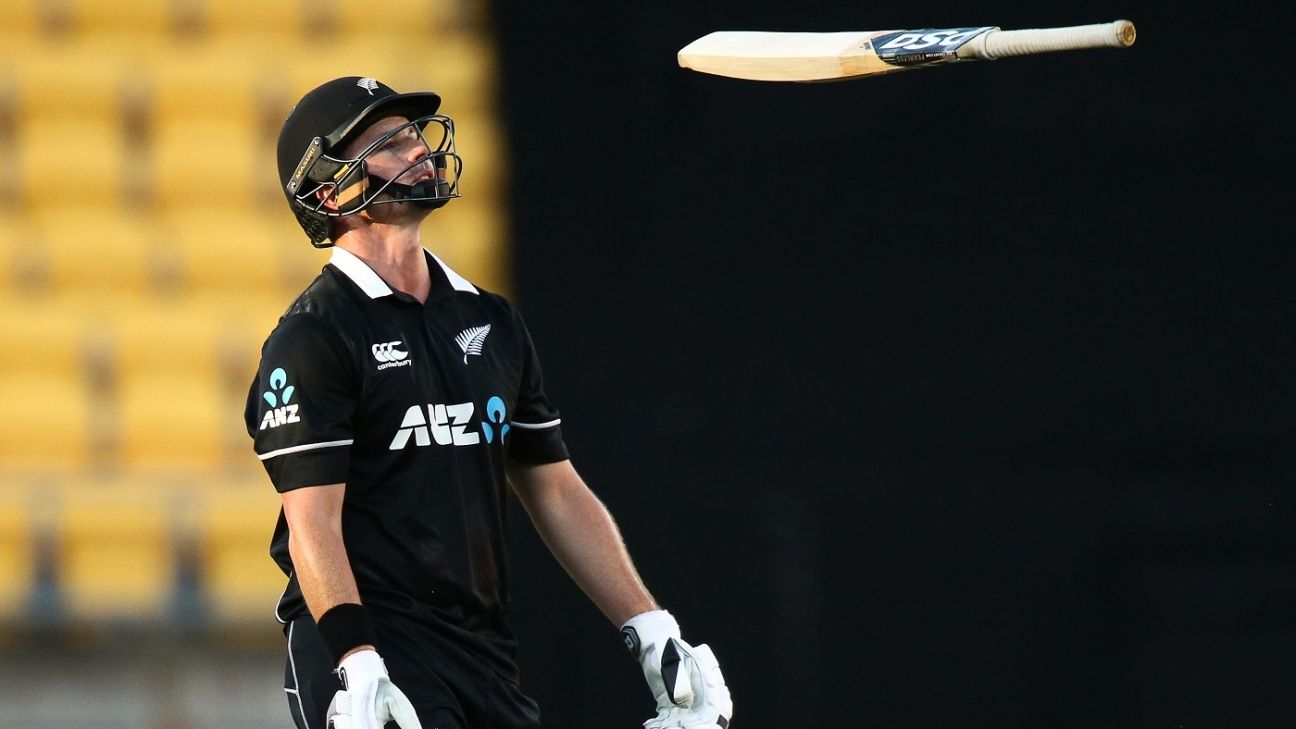 New Zealand captain Kane Williamson put the 4-1 series result down to the way India’s bowlers bowled throughout the series and the way the visitors put the hosts “under a lot of pressure”. Speaking after losing the fifth ODI by 35 runs in Wellington, where New Zealand were unable to chase down 253, Williamson conceded there was “a little bit of a theme throughout the series” in the way India would recover and put the pressure back on the hosts.

“I mentioned earlier that the game is about pressure and if you can, as an outfit, you want to put the opposition under as much pressure as you can to challenge decision-making, and when you do that, you tend to pick up wickets and that puts you in a fairly strong position,” Williamson said. “I think throughout this series India were far better at that than us and as a bowling unit they were superb – their accuracy from a seaming and spin perspective did put us under that sort of pressure in which we saw improvements throughout the series but it certainly was something that we didn’t start the series well with. We weren’t able to soak that up and try and turn up and put it back on them.

“To be honest, over these five games, we’ve been put under pressure a lot and it obviously challenges decision-making which although we’re on the wrong side of the results 4-1, which India fully deserve.”

New Zealand’s bowling unit relied heavily on their swing spearhead Trent Boult, who collected 12 wickets, but no team-mate of his picked up more than four in the series. India, in comparison, had all their frontline bowlers chipping in with Mohammed Shami and Yuzvendra Chahal taking nine each, Kuldeep Yadav eight, and Bhuvneshwar Kumar seven. They also stifled the New Zealand batsmen, with none of the above conceding more than 5.50 runs per over. Overall, the New Zealand bowlers picked up 27 wickets in the series and India had 40 to their name.

In the fifth ODI, India were in trouble at the start yet again, at 18 for 4, but recovered on the back of Ambati Rayudu’s 90 and scores of 45 each from Vijay Shankar and Hardik Pandya, which helped them post a challenging total. Williamson said they were “confident” of chasing the score but India managed to pick up wickets at key moments.

“I think it was probably a par-ish total on that surface,” the captain said. “It (the pitch) was a little bit variable and probably a little bit two-paced as well. We knew that the Indian bowling attack would maximise what they might be able to get out of it, as they’ve done in the series. So we knew it’d be a challenge but saying that when it is 250, there isn’t the scoreboard pressure, so if we’re able to get partnerships then we could take the game deep and we were confident and been able to chase it down.

“But I guess there’s a little bit of a theme throughout the series although there were some improving signs today, we just wanted to take them a little bit further. And they were able to pick up wickets at key moments which made life a little bit difficult in that chase. I thought the first half from the bowlers was outstanding and in the last two games they’ve really stepped up which is pretty nice.”

India’s recovery on Sunday was made easier by their decision to play an extra batting option in Vijay Shankar by resting spinner Kuldeep Yadav. Shankar batted at No. 6 ahead of allrounder Jadhav and consolidated with Rayudu by putting on 98 runs for the fifth wicket with a patient 45 off 64 balls. India’s decision to add depth in the batting also allowed them to play Pandya at No. 8 – he hammered 45 off 22 balls – and Bhuvneshwar Kumar at No. 9.

“It would have been nice to pick up another couple of wickets [after 18 for 4], we obviously spent a lot of resources at the top with seven and six [overs] from our front two seamers,” Williamson said. “Knowing that they had an extra batter we had to make a few changes and because they’ve not been coming that hard at us it was difficult to blast them out but we thought if we could squeeze for a period of time we would maybe create a couple of errors.

“We saw some chances, maybe the odd mistake which is nice if it goes your way, but for the large part they were able to soak up that pressure and take the game to a stage where then they could knock some hard runs. [Pandya’s] was a fantastic innings of 40 off 20 which put them at that par, perhaps even a fraction higher, at the halfway stage.”

Williamson quickly dismissed suggestions of any kind of complacency after New Zealand had dismissed MS Dhoni for 1 and had India four down inside the first ten overs.

Williamson also admitted he made a “mistake” when asked about the dismissal of Ross Taylor, who was trapped lbw by Pandya for 1 in the 11th over. The ball had struck Taylor above the knee roll and the batsman decided not to review it after having a chat with Williamson at the other end. Ball-tracking later suggested the ball would have bounced over the stumps.

“Yeah, I heard about that. We obviously had a conversation and Ross has been batting absolutely beautifully so it’s actually hard when you realise you make a mistake through our communication but unfortunately it’s one of those things and you do need to move on.

“Yeah, he walked past me and asked, ‘what do you reckon, and maybe it’s too high, and maybe it’s umpire’s call,’ and unfortunately it’s one of those things that we move on [from].”

After the upcoming T20I series against India starting February 6, New Zealand will host Bangladesh for their last three ODIs before the World Cup in England. Williamson was non-committal about how far they were from finalising a squad of 15 before the world tournament.

“We had a number of guys involved from a larger squad perspective which was great,” he said. “There’s still some cricket to come and that will be helpful but time will tell as to finalising that squad but it’s not so much about that as it’s about the cricket that we want to play right here right now.

“The idea is that as a squad you want to be able to have guys in the situations and have these experiences so over a bigger picture we’ll all be better for it and that’ll be the best part that came out of this series, it was a very tough series.”