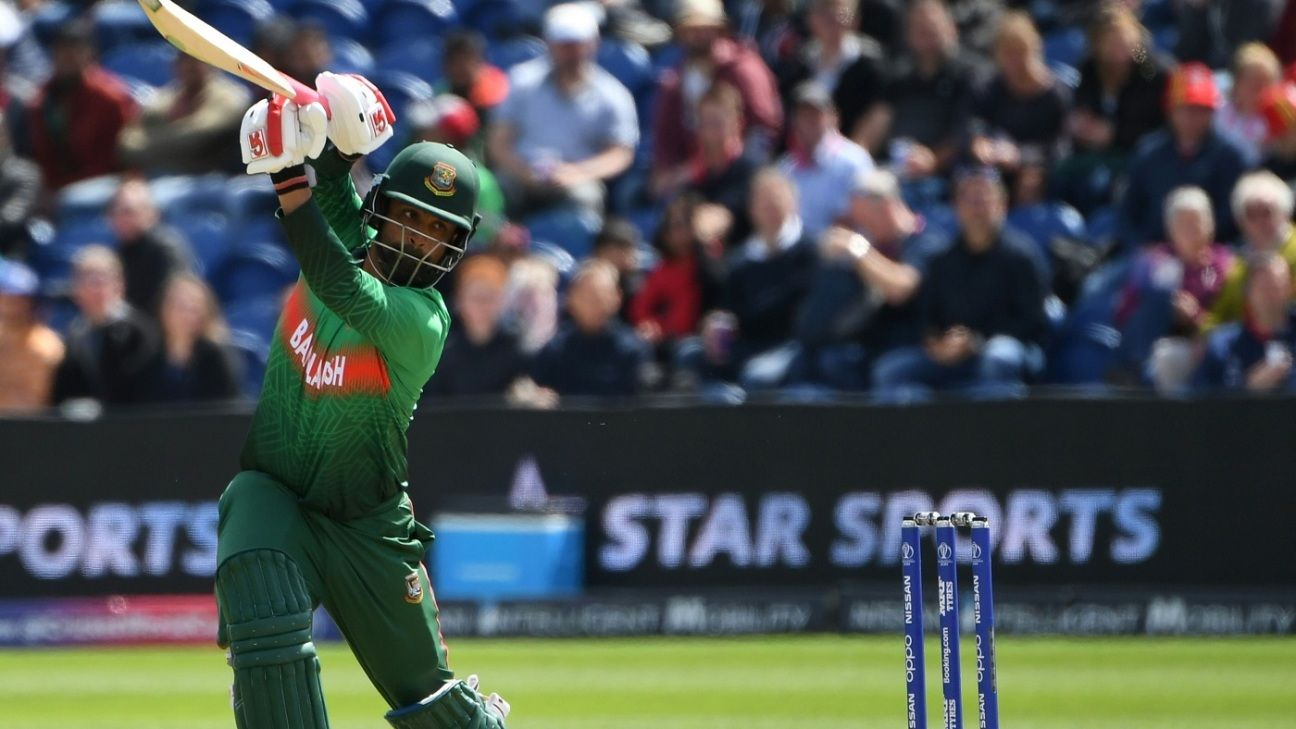 Left-arm spinner Arafat Sunny and paceman Al-Amin Hossain have been recalled to Bangladesh’s T20I squad for their three-match series against India next month. Both of them had last played a T20I in 2016.

Along with them, Tamim Iqbal, who had taken a break from the game, will return to action in India, as will Soumya Sarkar, who was dropped midway through the T20I tri-series at home against Afghanistan and Zimbabwe in September.

Meanwhile, Sabbir Rahman, Taijul Islam, Rubel Hossain and Najmul Hossain, who were all in the squad for the tri-series, were left out.

Sunny was the top wicket-taker for Rajshahi Kings in the 2018-19 Bangladesh Premier League, taking 16 wickets in 12 matches at an economy rate of 7.68. Al-Amin had an underwhelming BPL stint, managing just three wickets in five games, but chief selector Minhajul Abedin said that his fitness had tilted the scales in his favour.

“Al-Amin is in good shape and one of the few fit pace bowlers currently,” he said. “We want to make use of his experience of playing in the 2016 World T20 in India. For our spin options, we picked Sunny as a back-up, since Taijul will only play the Tests.”

Minhajul also explained that Soumya had been picked following a request by the coach, Russell Domingo. “We didn’t pick him, but we selected him because of the coach.”

Soumya was recalled despite scoring just 60 runs in the two innings he played for Bangladesh A and Khulna Division after being dropped from the national side. Soumya had struggled in the World Cup, too, managing only 166 runs in eight innings at an average of 20.75.

As for Tamim, who had missed the one-off Test against Afghanistan and the subsequent tri-series, he is understood to be recovering well from a rib injury, and proved his fitness in the four-day National Cricket League by making 30 and 46 for Chittagong Division.