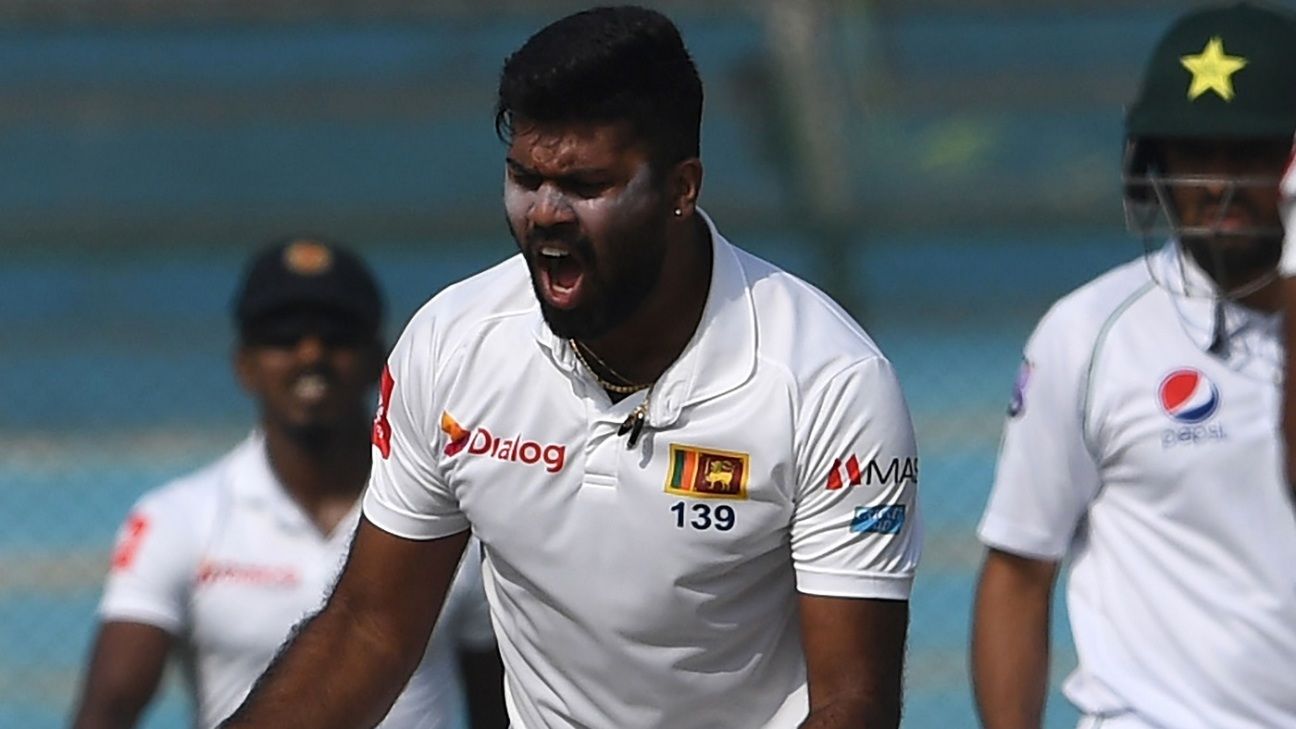 Sri Lanka’s bowlers didn’t bowl tight enough. Aside from Lahiru Kumara, they also failed to build pressure and bowl in partnerships. This was the verdict of assistant coach Rumesh Ratnayake at stumps on the third day, in which Sri Lanka conceded 338 runs and claimed only two wickets.

Pakistan progressed at a run rate of 3.76 through the 90 overs they faced on Saturday. In the morning session their run rate had been as high as 4.54. Ratnayake said that although his team expected the surface to become better for batting, they had hoped to keep the rate of scoring in better check.

“Each session we had a target – we wanted to keep them to 70 to 80 runs,” he said. “But we couldn’t do that. Some of the plans were very simple – keeping it tight in line with the stumps. Also, keeping it on the right length. Those were not hard plans to adhere to. Some of the guys did it, but some didn’t. Those partnerships didn’t happen when bowling, which I felt was a big miss.”

Kumara, the 22-year-old quick, was the only one to claim wickets on day three, bowling quicker than 145kph at times. In fact, for large portions of the day, no other bowler appeared capable of breaking through. He had also taken four wickets in the first innings, along with left-arm spinner Lasith Embuldeniya, who went wicketless on Saturday.

“Apart from Lahiru Kumara, no one else stuck to a plan well enough. They didn’t create those partnerships with him. Our target tomorrow would be to restrict them as much as possible. It’s up to the bowlers – not only Kumara and Embuldeniya – to come into the game and bowl tightly.”

Ratnayake did state that the Karachi surface had become substantially flatter than it had been earlier. Both teams had extracted seam movement through the course of the first innings. But lateral movement was not seen on day three, nor was the bounce and carry that had contributed to the bowlers’ effectiveness on days one and two.

“There might have been a little bit of moisture. But as time went by it started drying out and the heavy roller was used by Pakistan, because of which it became a placid wicket. Saying that there was a little bit of turn at the end of the day. The fourth day will be interesting.”