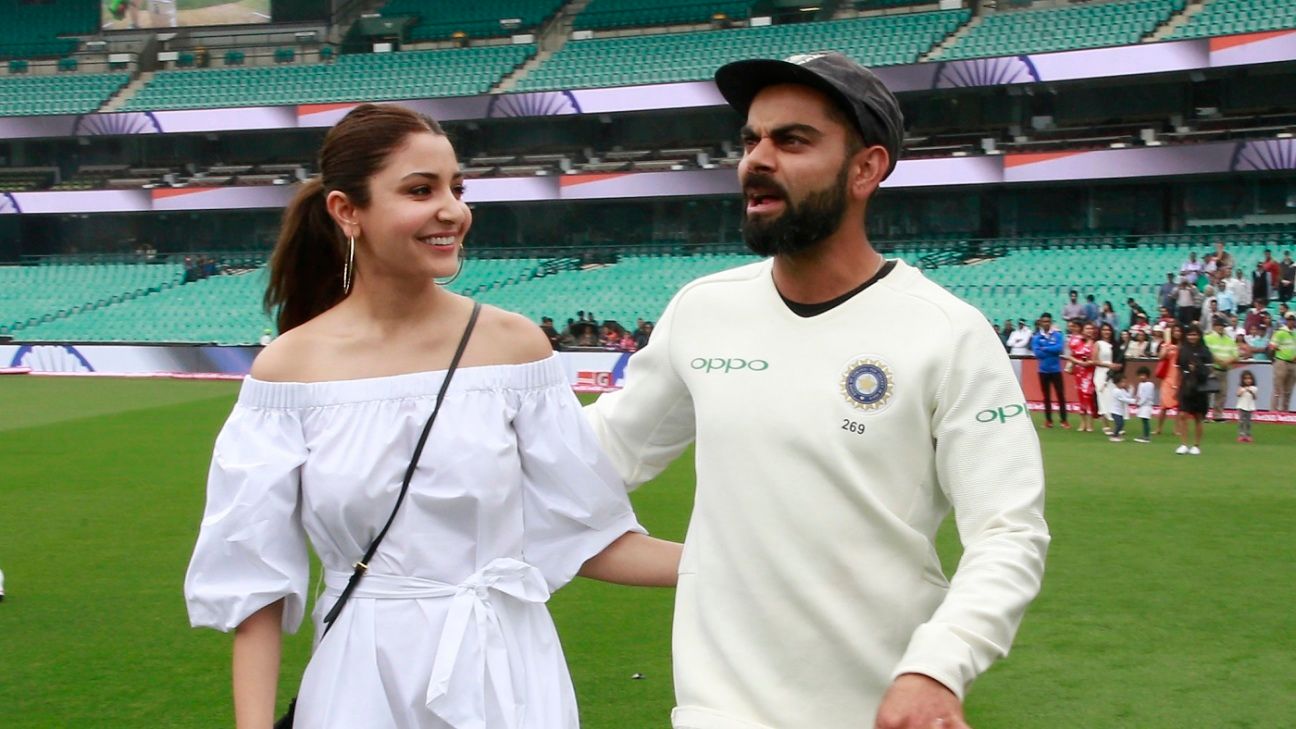 Anushka Sharma, the film actor and Virat Kohli‘s wife, and MSK Prasad, India’s chief selector, have both taken strong exception to former India wicketkeeper-batsman Farokh Engineer‘s statement, where he said he saw one of the selectors “getting Anushka Sharma cups of tea” during a World Cup match earlier this year. Sharma issued a statement against what she called “false & fabricated news and stories”, while Prasad said Engineer was “deriving sadistic pleasure out of indulging in petty talk”.

“I didn’t even know one of the selectors during the World Cup and I asked him who the hell he was, because he was wearing the India blazer and he said he was one of the selectors. All they were doing was getting Anushka Sharma cups of tea,” Engineer was quoted as saying by the Times of India on Thursday.

Later in the day, after Sharma’s statement in response to Engineer’s words in particular and criticism about her presence at official team functions or at India matches in general, the 81-year-old Engineer clarified that the comment had been made in jest. “I just said it in jest and it’s being made a mountain out of a molehill,” Engineer told Republic TV. “Poor Anushka has been dragged into it, she is a lovely girl. Virat Kohli is a brilliant captain and coach Ravi Shastri is extremely good. The entire matter is being blown up unnecessarily.”

In her statement, issued through social media, Sharma listed the instances where she felt she “was being blamed for the performance of my then boyfriend, now husband Virat and continue to take the blame for the most baseless things involving Indian cricket”.

“I feel sad for someone deriving sadistic pleasure out of indulging in petty talk, thereby demeaning and disrespecting the selectors and wife of Indian captain through false and frivolous allegations,” Prasad told PTI. “Someone at the age of 82 [81] should reflect maturity and enjoy the progress of Indian cricket from his time to the current day.”