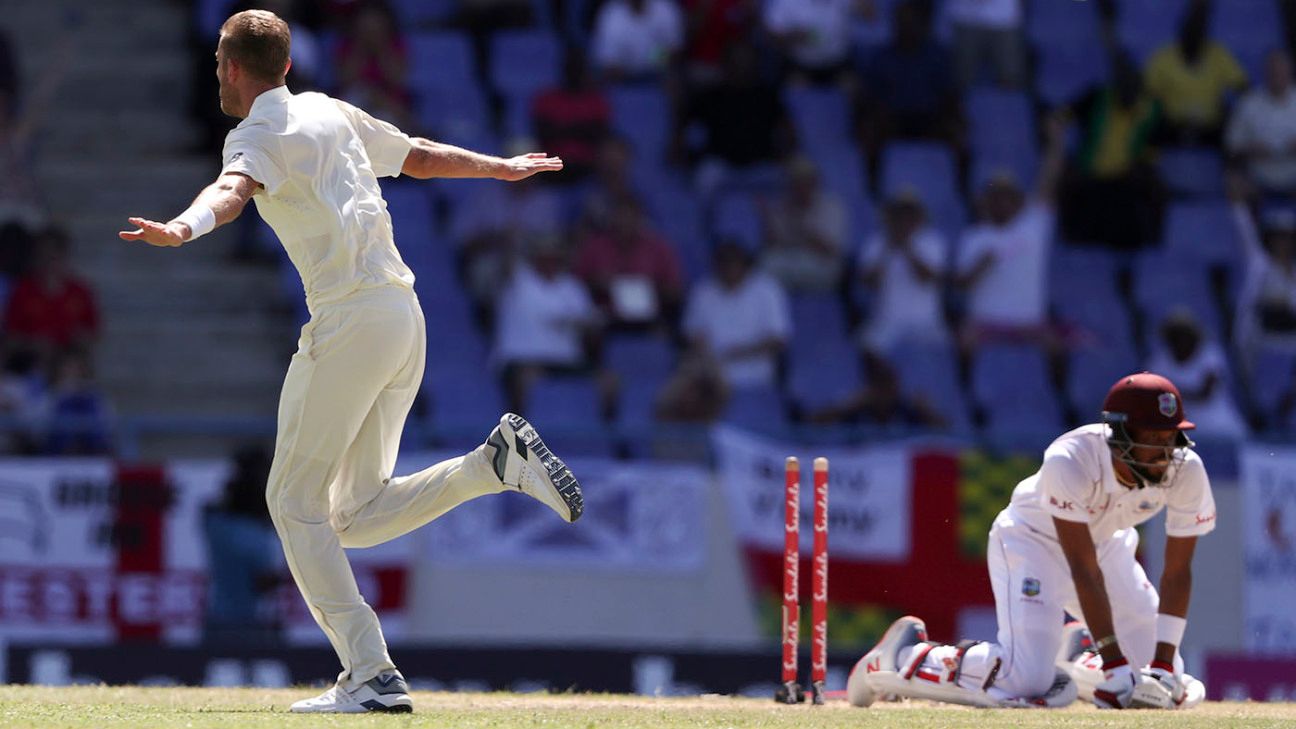 West Indies are braced for the possibility of another ICC sanction ahead of the final Test of the series against England.

Just days after Jason Holder, West Indies’ captain, was suspended from playing in the final Test due to his side’s slow over-rate in Antigua, there are concerns that the ICC match referee, Jeff Crowe, will decide that the pitch used in the game was not up to standard

The match ended in three days with variable bounce evident throughout, although officials at CWI remain hopeful that the fact West Indies batted for 131 overs and scored more than 300 runs in their first innings showed the pitch was not so bad.

Nevertheless, several batsmen were struck on the hands or body and a couple more received unplayable deliveries. Roston Chase, for example, was bowled by a short ball that kept impossibly low, while Joe Root was dismissed by one that lifted sharply to take him on the glove.

By the time the game ended, England’s keeper, Ben Foakes, had gone for a scan on an injured hand – it showed no fracture – while Darren Bravo, who made a match-defining half-century, lifted his shirt to show spectators the bruises he had sustained during the innings.

“It looked to me as if you had to be careful of the ball leaping off a length,” he said. Bravo also admitted “it wasn’t the best”.

That could prove especially problematic as Antigua is pencilled in – the venues are not confirmed – to host a Test against India in August. The other Test venue for that series is likely to be Trinidad.

In 2009, another Test against England at the Sir Vivian Richards Ground was abandoned after 10 deliveries due to an unfit outfield.

While an ‘unfit’ verdict on the recent wicket seems most unlikely, a ‘below average’ one is not.

Coming on the heels of the Holder decision, any further sanction, if confirmed by the ICC, will do little to dissuade some of the view that nations outside the ‘Big Three’ of India, Australia and England are more harshly treated.

On Tuesday, Dave Cameron, CWI’s president, described the Holder sanction as a “crippling decision” that threatened to overshadow West Indies’ series victory, and called on the ICC to modify the rule.