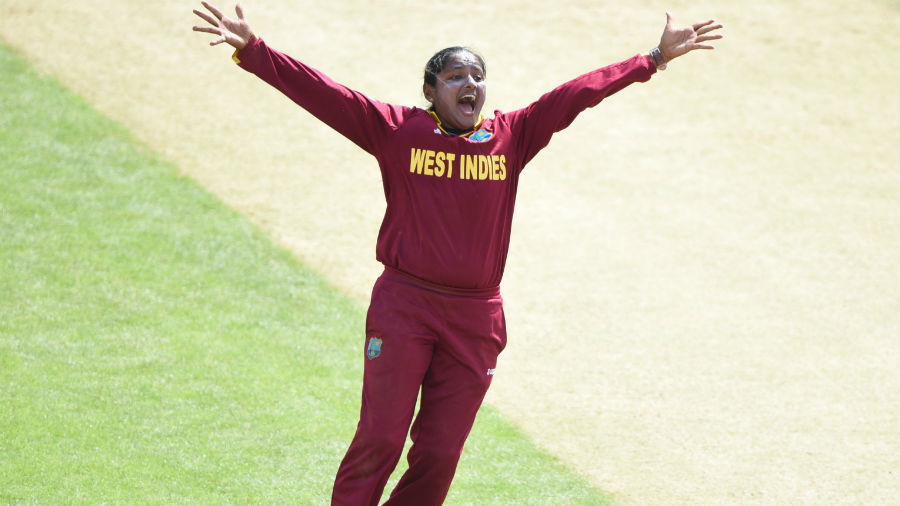 With India women needing nine off the last over with two wickets in hand, West Indies women offspinner Anisa Mohammed plucked both wickets, including one off the last ball, to give the home side a one-run win in the series opener in North Sound. During her fifth five-wicket haul in ODI cricket, Mohammed also passed 150 wickets to put West Indies women 1-0 up in dramatic fashion.

Stafanie Taylor was also central to the victory, following up her 94 off 91 balls with the wickets of Jemimah Rodrigues and Shikha Pandey to finish with figures of 2 for 30 in her ten overs. Taylor was motoring towards her sixth ODI ton, but Harmanpreet Kaur’s blinding one-handed catch at the edge of the boundary denied her the milestone.

Taylor and opener Natasha McLean provided the platform for West Indies’ innings by making half-centuries. While McLean (51 off 82 balls) was more sedate, Taylor struck eight fours and two sixes and scored at a strike rate of 103.29. McLean’s wicket was part of West Indies’ wobble – they went from 51 for no loss to 77 for 3 – but Taylor and the returning Chedean Nation put on a 78-run stand to take their side close to 200. Although the lower order couldn’t quite land the big blows, they passed that mark comfortably enough. Seamer Pandey and offspinner Deepti Sharma picked up two wickets each for India women.

In their chase, India had a positive start with Priya Punia and Rodrigues putting on 78 for the opening stand. By the 40th over, they were well-placed at 170 for 2, but Puniya’s dismissal for 75 off 107 balls triggered a terminal slide. India lost their last eight wickets for 54 runs and were edged out.

Punia’s second fifty in only her fourth ODI, however, might come as a pleasant headache for India women because Smriti Mandhana, the side’s first-choice opener and vice-captain, is set to join the squad in the Caribbean ahead of the second match on November 3.