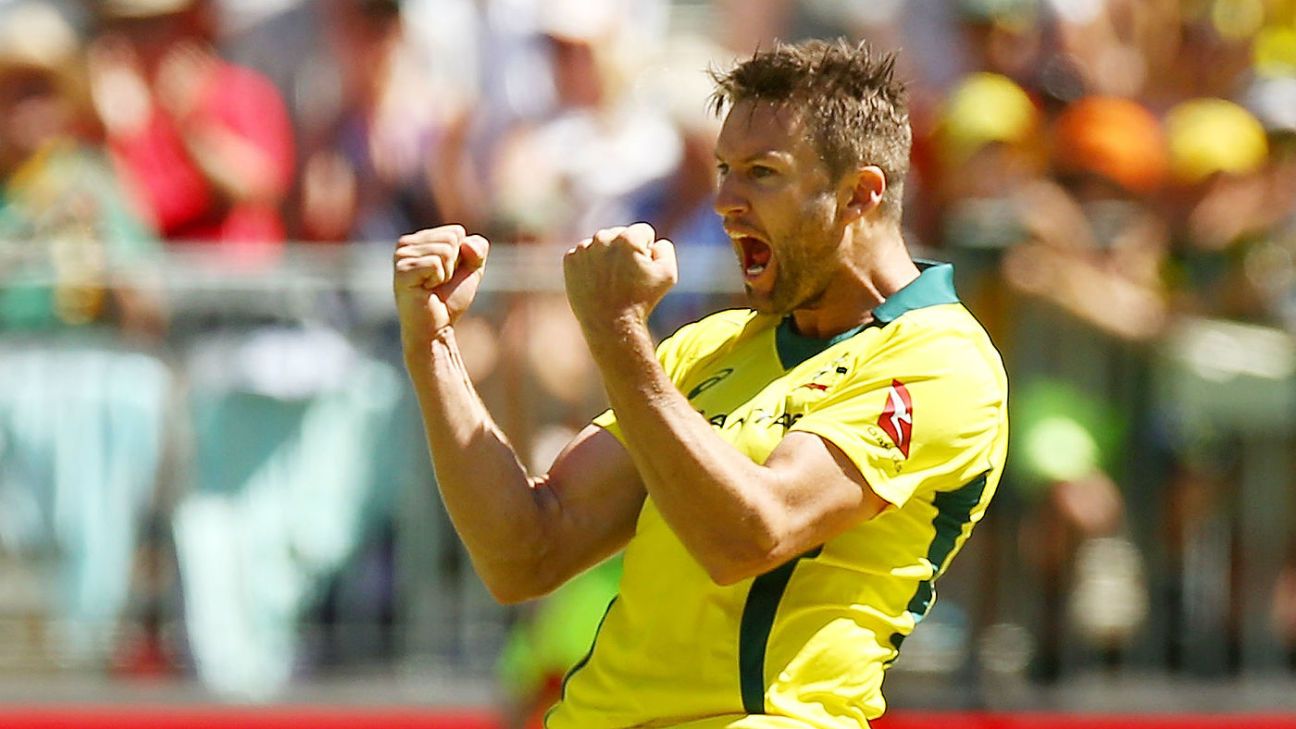 Australia fast bowler Kane Richardson has been ruled out of the India tour after failing to recover from an injury sustained at training ahead of the T20I series. Western Australia’s Andrew Tye will replace him for the ODI leg of the tour.

Richardson is understood to have sustained an injury on his left side while batting in the nets in Hyderabad, where Australia trained before the first T20I in Visakhapatnam on February 24. Richardson didn’t play in that game.

“Kane reported some left side pain at training prior to the opening T20I in Vizag,” Australia physio David Beakley said. “Unfortunately he has not recovered well enough in order to play a further part in the tour. Kane will return home to continue his rehabilitation, and we (will) monitor his progress over the coming weeks.”

Richardson’s injury means Australia have only one reserve bowler on the bench – Nathan Lyon – as they head into the final T20I in Bengaluru with a 1-0 lead.

Richardson, who has taken a majority of his ODI wickets against India, was on a comeback trail following a successful BBL season, where he topped the bowling charts with 24 wickets in 14 games for the title winners Melbourne Renegades.

He last featured for for the national team during the limited-overs tour of England in 2018 where Australia lost all six matches.

Tye also last played an ODI series for Australia during that tour, but featured in the T20I series against India at home in November. He will join the squad along with Shaun Marsh in Hyderabad on Thursday, the venue of the first ODI on March 2.