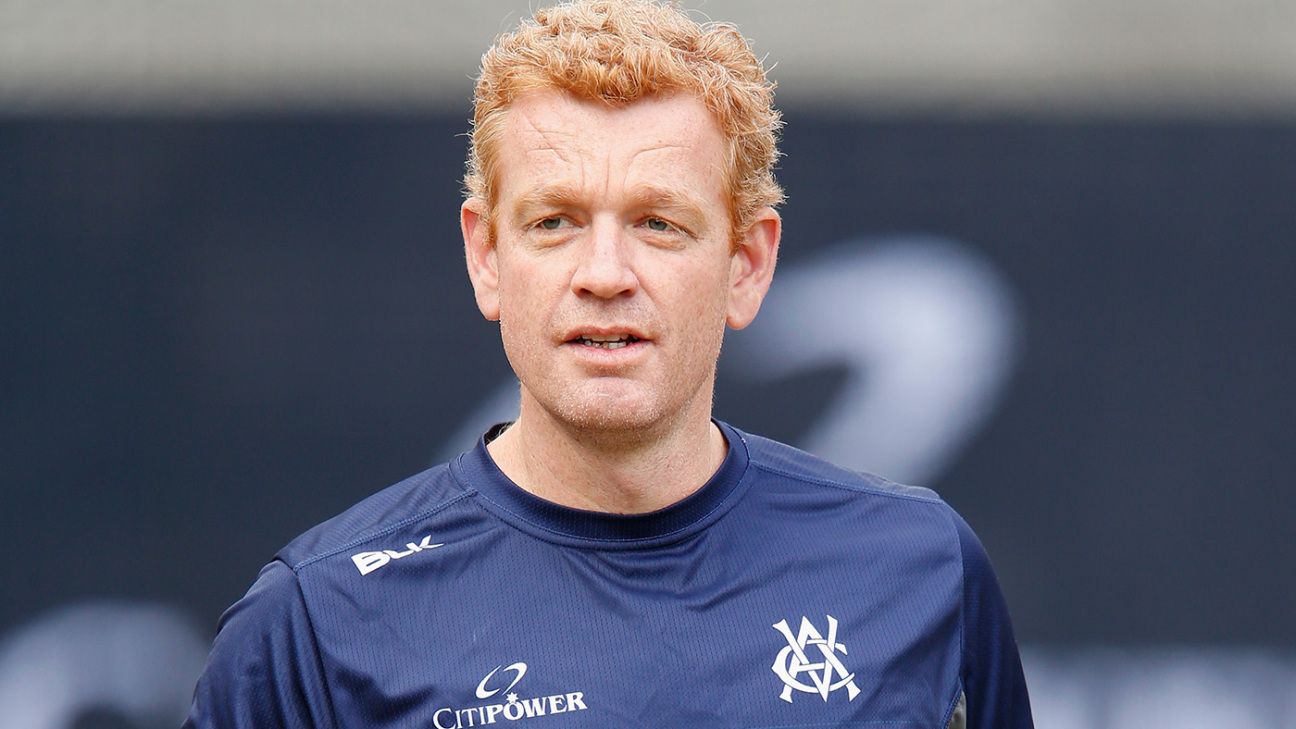 Victoria’s coach Andrew McDonald is expected to be named as the new senior assistant for the Australian men’s team coach Justin Langer in a ground-breaking deal, though doubt still surrounds the new man’s starting date amid protracted negotiations.

In a first for Cricket Australia, McDonald is likely to be allowed to continue his overseas short-form roles as the coach of Birmingham in England’s new Hundred competition, in addition to being coach of the Rajasthan Royals in the IPL. These concessions will allow McDonald the sort of freedom to add to his earning capacity denied to other assistant coaches in the past, one of the major roadblocks to senior figures working alongside the likes of Langer and his predecessors.

News of McDonald’s appointment with the Australian season already well underway will be an issue for Victoria and also the Melbourne Renegades in the BBL, in some ways mirroring how Langer himself left Australia to join Western Australia and the Perth Scorchers in late 2012, having served as an assistant coach for more than three years.

Nonetheless, it will be a major advantage for Langer to gain from McDonald the assistance of one of the best regarded coaches in world cricket, having put together an enviable record with Leicestershire, Victoria and the Renegades in recent years. Equally, McDonald’s temperament and strength as a communicator who has also experienced the crucible of international cricket will aid the balance of the team at home and on tour.

Langer told ESPNcricinfo last week that CA needed to be “creative and agile” to secure the services of the right person for the job, and also added that he would prefer to wait extra time if it meant finishing up with his preferred candidate.

“We’ve got so many good people in Australian cricket but I’d rather wait a bit longer to get the right people than just put it in for the sake of putting it in.”

McDonald had been touted as a possible coach of England to replace Trevor Bayliss earlier this year, before Chris Silverwood took the role. Australia’s limited-overs captain Aaron Finch said in June that it was inevitable in his mind that McDonald would eventually take on an international role.

“I think he definitely at some point in his career will coach an international team,” Finch said at the time. “The great strength of his – the ability to communicate with every player in a list, thinks through every situation really well, doesn’t make emotional decisions on anything, which I think is a huge plus as a coach, to be able to take that time to reflect and see what’s best for the group in every decision that you make.

“He’s tactical – the tactical side of his coaching is second to none, and I think that he’s as well-planned as a coach as I’ve ever seen. I’ve, obviously, known him a lot longer and dealt with him for a huge amount of time, so I’m a little bit biased in my opinions at times, as well, because he is such a great coach when it comes to all facets of the game.”

Various coaches and mentors have spent time around the national team over the past 18 months, including David Saker, Brad Haddin, Troy Cooley, Adam Griffith and in recent days Ryan Harris and Michael Hussey. Ricky Ponting was part of the support staff for the World Cup and Steve Waugh for the Ashes, but all understood that these were short-term arrangements.