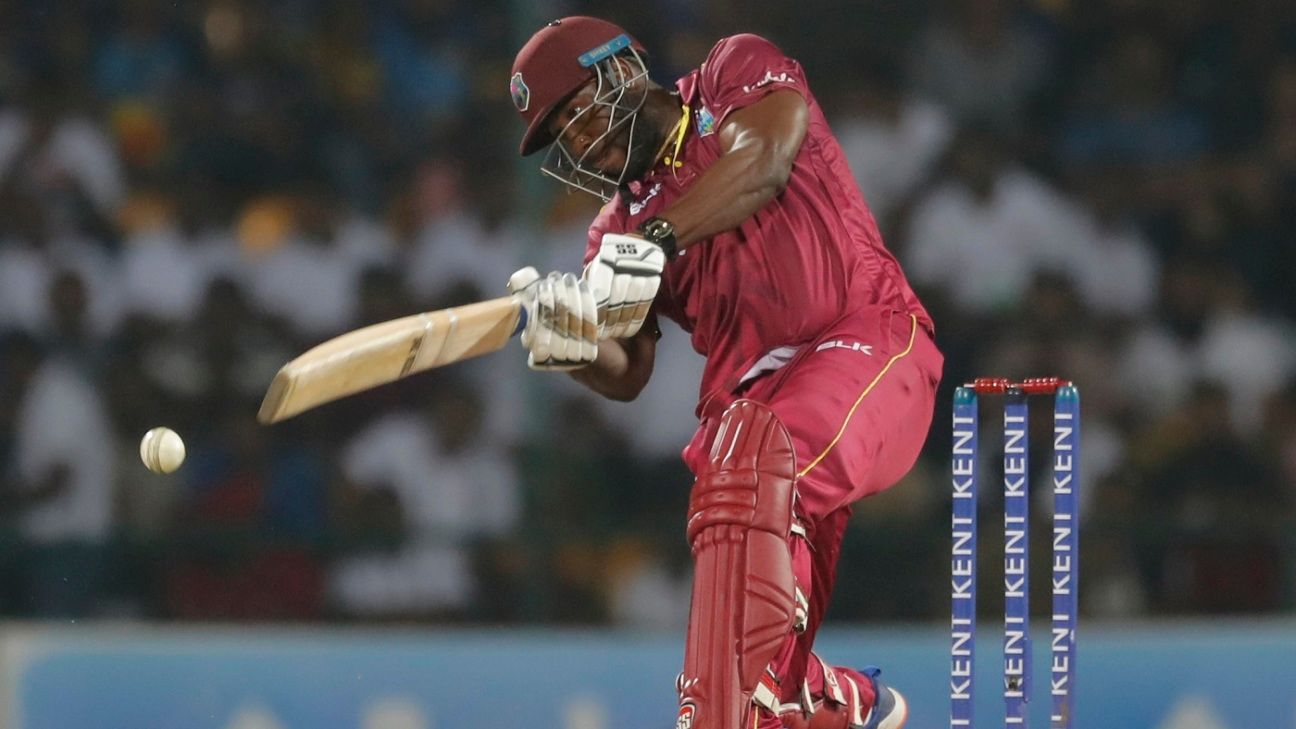 Andre Russell is one of the most valuable players in T20 cricket, and now his West Indies team-mate Dwayne Bravo has likened the Jamaican to “our Chris Gayle, our Brian Lara” in T20Is. Bravo’s praise came in the wake of Russell’s impactful return during the two-match T20I series in Sri Lanka, which was also the first series he played for West Indies since being ruled out of the 2019 World Cup due to an injury.

West Indies won the series 2-0 with Russell playing a big hand, scoring 35 off 14 balls in the first T20I and 40 off 14 in the second. The latter was, in particular, a whirlwind knock as Russell packed six sixes to add to the four he hit in the first match, enough to fetch the Player-of-the-Series award.

“He’s the best in the world,” Bravo, who was part of the West Indies side, said in praise of Russell in a chat with Trinidad-based radio station I955 FM on Friday. “It’s the same I used to say of Chris Gayle when Chris Gayle was in his prime – we are happy to have him representing us, we didn’t have to come up and bowl against him in an international match. It’s the same with Andre Russell. Andre Russell now is our Chris Gayle, is our Brian Lara, in the T20 format. He is the superstar.”

ALSO READ: Who is the MVP across all T20 leagues over the last 12 months?

Despite being the defending T20 World Cup champions, West Indies have been inconsistent in a format where most of their players have become household names. Last November they lost 2-1 to Afghanistan the T20I series played in India. Another 2-1 defeat followed immediately in the T20I series against India. In January this year, they bounced back in the final game of the three-match T20I series against Ireland to level the series 1-1 with one game washed out. Then they started the Sri Lanka tour losing the ODI series 3-0 before winning the T20I series.

According to Bravo, the team management, led by captain Kieron Pollard and head coach Phil Simmons, had acknowledged that there was a lot of work to be done with West Indies preparing to defend their title in the T20 World Cup, scheduled for October-November in Australia this year. Bravo said the team had set itself the bigger goal of making West Indies once again the “dominant” team in world cricket.

“Prior to that [T20I series in Sri Lanka], we weren’t really consistent as a team over the years in T20 cricket,” Bravo said. “With the 3-0 loss in the ODI series, we T20 guys had a chat among ourselves along with the management and made a pledge that we want to start back winning series. We said we wanted to be back being the most dominant team in the T20 format.

“We have produced some of the best players in the world and when we are together in the same team, we have to stamp our authority, and to get the cricketing world to respect West Indies cricket again and especially West Indies’ T20 team. We said, ‘All hands on deck, let’s start with this Sri Lanka series and make sure we send the message.’ Yeah, that’s what we did.”

“Putting all egos aside, I’m happy with that because at the end of the day, I accept the fact guys like Rovman Powell and Fabian Allen and [Shimron] Hetmyer, the talent and the ability they have to hit the ball, I’m just happy to be like that – father-figure, mentor, guide, to allow these young boys to go out there and showcase their talent to the world. All of us are on the same page, no egos in the dressing room, one common goal to just win cricket games and dominate.”