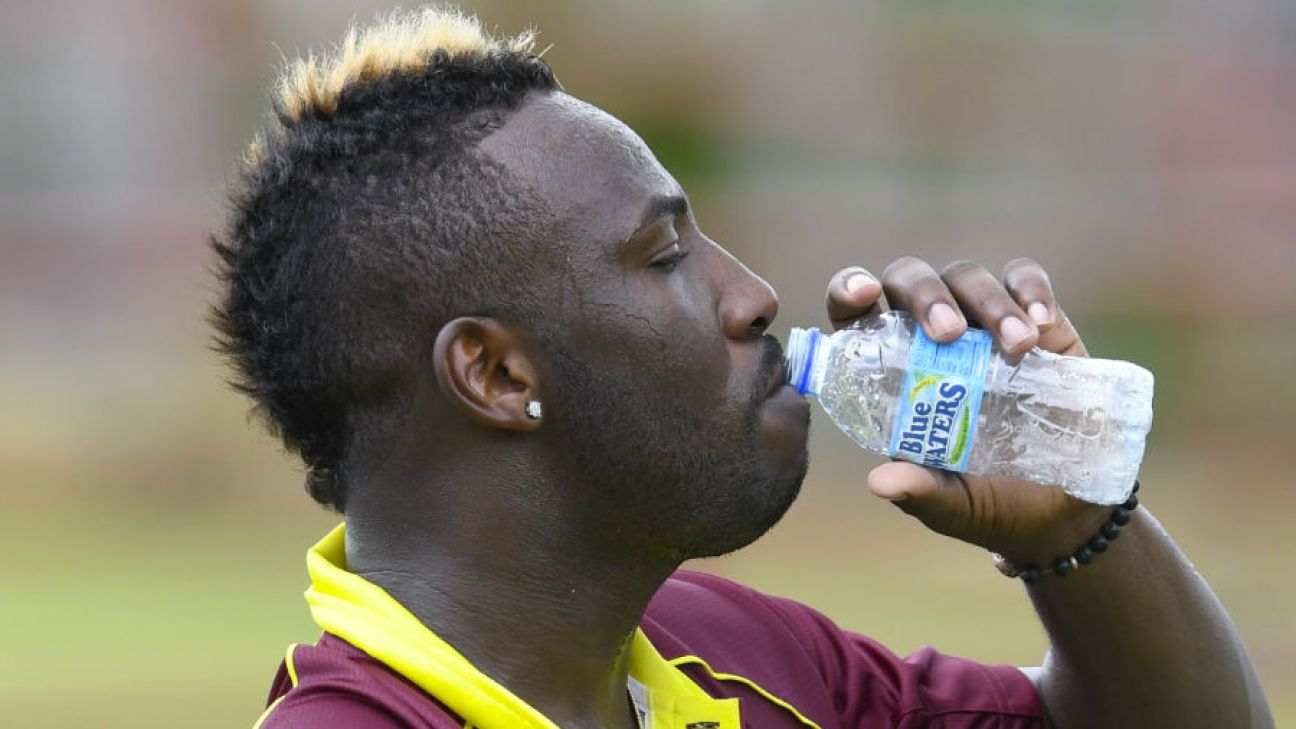 Allrounder Andre Russell has been recalled to the West Indies squad for the fourth and fifth ODIs against England in place of the injured Kemar Roach. While a knee issue might limit Russell’s bowling duties, chief selector Courtney Browne believed that his batting at the death would be an “asset” to the side.

Roach had been sidelined from the ongoing ODI series against England with a stress reaction in the back. Russell’s return means West Indies could field a full-strength side in the lead-up to the World Cup in England.

“Kemar Roach had to be withdrawn from the ODI series due to injury and will be replaced in the squad by the experienced Andre Russell for the last two matches. We believe Russell will add value to the squad,” Browne said.

“We are well aware that although Andre’s bowling may be limited due to a knee problem, his tremendous batting ability to power the ball in the back end of the game will be an asset to the team.”

Russell is currently playing in the Pakistan Super League for Multan Sultans, but will join the West Indies squad on Monday. Since 2015, Russell has played just one ODI, against Bangladesh in Guyana last year.

The fourth ODI will take place in Grenada on Feb 27 while the fifth will be held in Gros Islet on March 2.