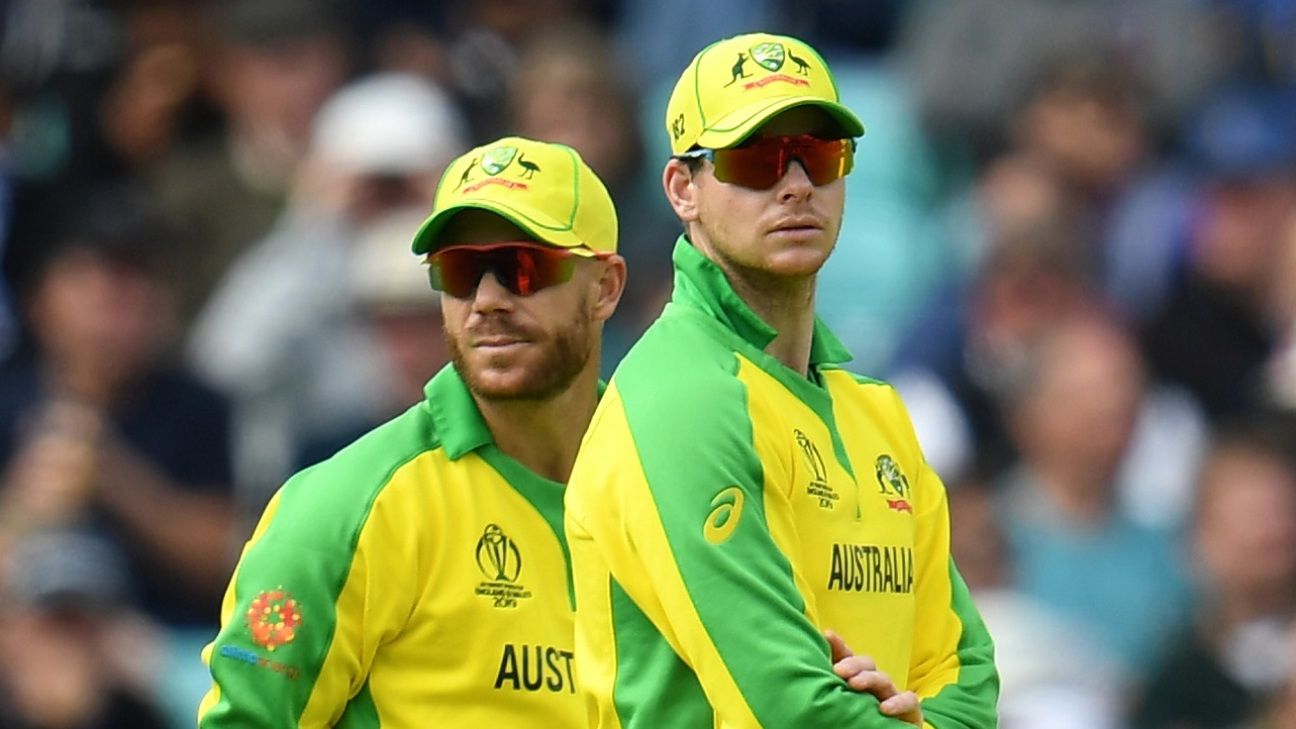 As Steven Smith sets up to face Jofra Archer’s final spell of the World Cup semi-final, there’s a bellowing voice from the RS Wyatt Stand: “Finish the cheat off! Sand him down!” Smith survives the over, but not Jos Buttler’s throw between his legs for a run out soon after.

When England bat, David Warner runs back towards the same stand twice in an over to collect boundaries well-struck by the driven Jason Roy. Each time a spectator leaps out of his seat and sprints down to the boundary to hurl more abuse. Warner smiles back at the hostility while collecting the ball.

When the post-mortems for Australia’s World Cup campaign are being assembled a couple of hours later, Australia’s coach Justin Langer sails fairly smoothly through his press conference until the following exchange with Jacqueline Magnay, the vastly experienced and well regarded Europe correspondent for The Australian newspaper.

Magnay: “Are you concerned at all about the fact Smith and Warner have redeemed themselves on the field but there are still huge question marks about what happened in South Africa, and they haven’t been addressed and that may come back?”

Magnay: “It hasn’t been explained what went on.”

Magnay: “But you don’t think it’ll come back to bite them.”

Langer: “What do you mean?”

Magnay: “If they suddenly reveal information that happened or other people reveal what happened…”

Langer: “I think there’s been a lot said about what happened in South Africa. We are, I think, honestly moving in the right direction, hopefully we’re showing that, the boys have shown that by their behaviours. Not just their batting, I think they’ve been really good ambassadors on and off the field, they’re good people on and off the field, and I’m proud of them for that. What’s happened in the past, we all make mistakes, they made some mistakes, hopefully they’re redeeming themselves.”

That, in a nutshell, is the challenge facing Smith, Warner and Australia during the Ashes series to come. Those three scenes are likely to be repeated unrelentingly, whether it is abuse for Smith, a slightly more raucous kind of the same for Warner, and questions for Australia’s leaders about what is left unresolved in the wake of the Newlands scandal.

While there can be no dispute that Australia have improved their behaviour as a cricket team, finding a far better level of aggression to play the game without resorting to personal abuse of opponents, their conduct will have little impact on those insults still being hurled and those questions still being asked.

England tours can have a corrosive effect on players who are targeted by the crowds. Certainly 2009 was a struggle for Mitchell Johnson, who has admitted the Barmy Army’s mocking got into his head. When Johnson returned in 2015, he was far stronger mentally, but the old barbs remained an obstacle as Australia were defeated again.

Targeted booing campaigns are nothing new either. Just ask Ricky Ponting, who faced a chorus of them more or less throughout the 2009 series, seemingly for no other reason than the fact he was Ricky Ponting. This history provides context: having not needed much ammunition to target Johnson and Ponting, many of England’s supporters will have little hesitation goading Smith and Warner for the length and breadth of the tour.

As for unanswered questions about Newlands and before it, Cricket Australia’s chief executive Kevin Roberts stated bluntly earlier this year that those with any relevant additional information should come forward. The Ashes campaign will, meanwhile, take place with that possibility in the background. It is a fragile balance.

“We’ve been talking about it for 12 months, earning respect back the way we behave on and off the field,” Langer said. “I think the spirit of the World Cup’s been brilliant. I’d love to see that continue actually. I’ve really enjoyed watching the spirit of how this World Cup’s been played. I think we have, hopefully we have. We can’t judge that, we’ll just keep behaving well. We talk about culture, behaviour and hopefully we’re doing the right things on and off the field. And if we do that we’ll do what we set out to do 12 months ago: earn some respect back.”

Earning that respect will require an enormous amount of resilience.