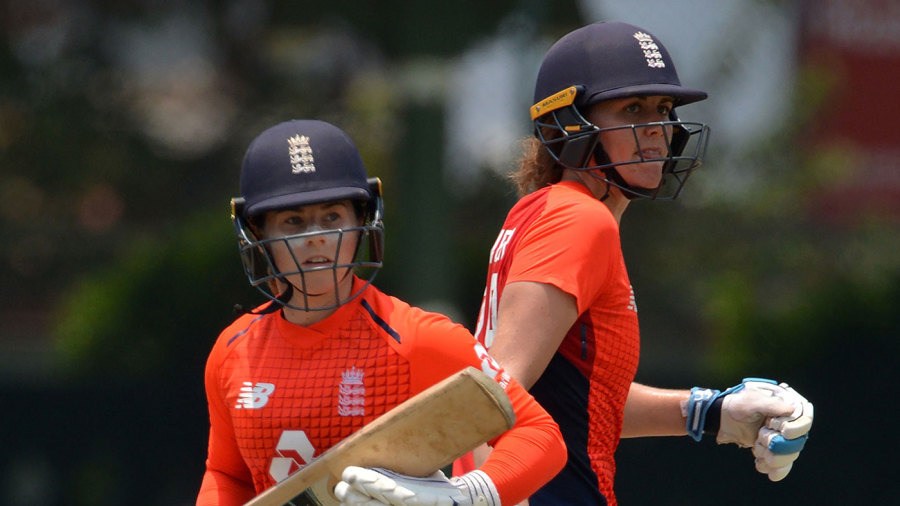 England’s women made it five wins out of five on their tour of Sri Lanka, after easing to another untroubled eight-wicket win in the second T20I in Colombo.

After their 3-0 clean sweep in the ODI leg of the tour, England ensured they wrapped up their second trophy of the trip with a match to spare as well, after restricting Sri Lanka to 108 for 6 in their 20 overs.

The spoils were shared around, with five different bowlers claiming a wicket, and Katherine Brunt claiming a brace to finish with figures of 4 for 31. Freya Davies, who opened the bowling with Linsey Smith, didn’t pick up a wicket but set the tone for England’s performance with four economically delivered overs conceding just 15 runs.

Sri Lanka started their innings with resolve, adding 45 for the first wicket in seven overs as Chamari Atapattu and Imalka Mendis laid something of a foundation.

But Nat Sciver struck with her first delivery to bowl Atapattu for 24, before Shashikala Siriwardene and Mendis fell to Sophia Dunkley and Heather Knight in consecutive overs to keep the run-rate in check.

In reply, England wasted little time in getting ahead of the requirement. Amy Jones, in a fine vein of form, added 79 in 7.2 overs with Danni Wyatt before Wyatt was stumped off Siriwardene for 37.

And when Jones fell to the same bowler with 19 runs needed, Tammy Beaumont and Sciver knocked off the final requirement with 37 balls to spare.