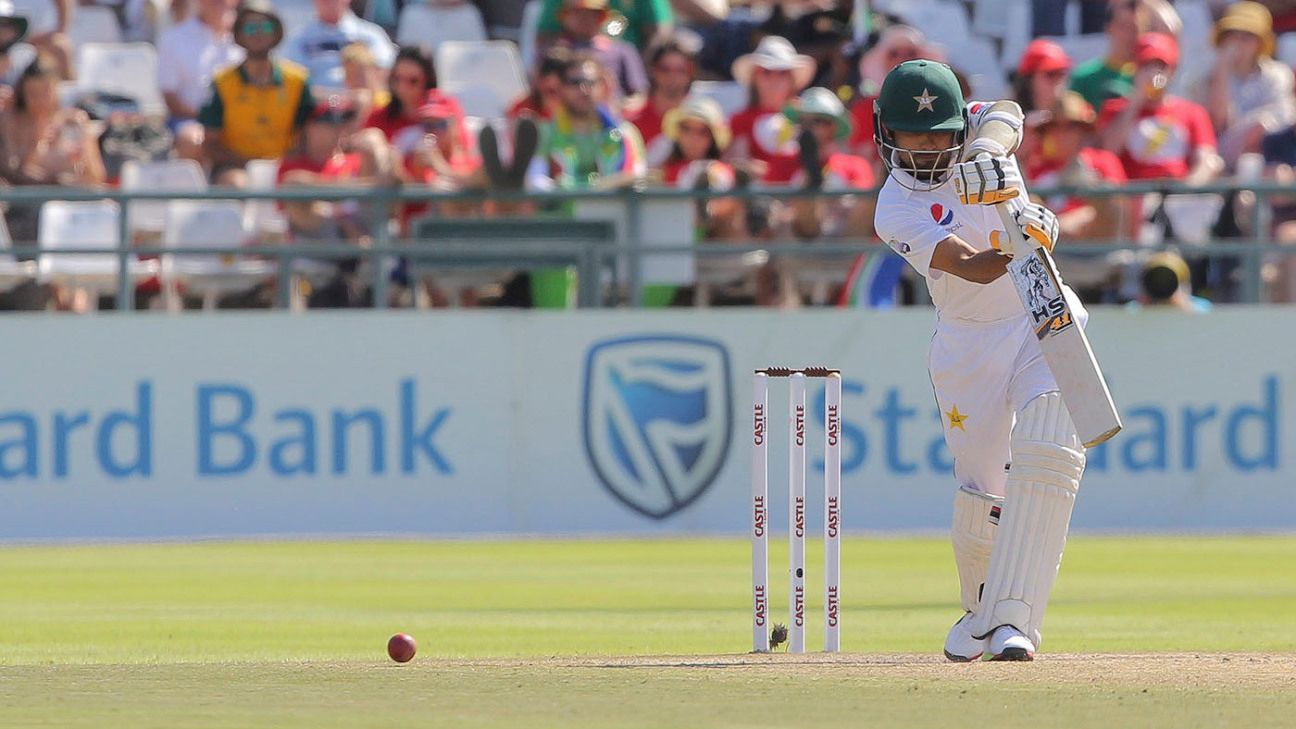 Hashim Amla was forced to retire hurt with a bruised bicep as South Africa battled through the vagaries of an increasingly uneven surface on the fourth morning at Newlands, and ticked off the 41 runs required for victory in the second Test against Pakistan.

Their mainstay in 9.5 overs of action was Dean Elgar – no stranger to putting his body on the line in awkward conditions. He did take the precaution of pinching Amla’s armguard as his team-mate left the field, but stood firm thereafter, sealing the win with back-to-back boundaries off the part-time seam of Azhar Ali.

Azhar’s introduction to the attack with five runs to win was an admission from Pakistan that the game was up, as they instead turned their sights to next week’s Johannesburg Test. But up until that point, Mohammads Abbas and Amir had launched a full-blooded defence of their meagre total.

The man who had most to gain – and to lose – in this mini-passage of play was Theunis de Bruyn, who was promoted to open in the place of Aiden Markram, who bruised his thigh in the field, and had an opportunity for a morale-boosting red-inker after an underproductive series.

Instead he was caught behind off an Abbas bouncer for 4, having clipping one sweet boundary off his toes. His place for next week’s Johannesburg Test may depend on Markram’s fitness, and indeed that of Amla, who appeared to be left with a dead arm after Amir thudded a vicious lifter into the underside of his bicep as he looked to shoulder arms.

Amir’s pace and intensity wasn’t entirely beneficial to Pakistan’s cause, as he served up a quarter of the target in the space of three erratic deliveries, a wild wide that eluded Sarfraz to fizz to the boundary, and a sizzling bouncer that also flew from a good length, and was called no-ball due to the number of short balls he’d already bowled in the over.