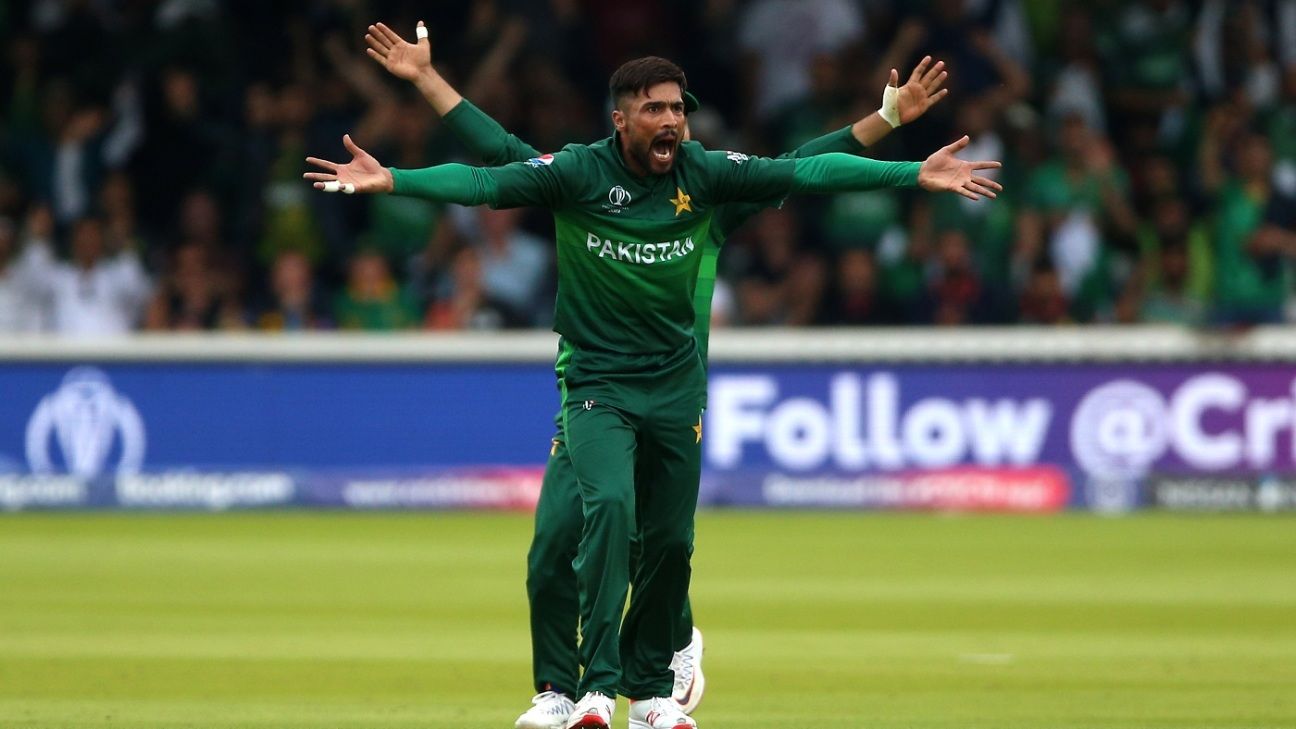 Before Monday, the only thing that was missing from Mohammad Amir‘s glittering CV was a five-wicket haul in T20 cricket. In the first qualifier of BPL 2019-20, Amir went one better with 6 for 17 to put Khulna Tigers in the final.

After being asked to bat, Khulna managed only 158 for 3 and were up against a Rajshahi Royals batting line-up that included T20 stars like Andre Russell and Shoaib Malik. Rajshahi also sprang a surprise by having a new opening pair of Liton Das and Afif Hossain.

Amir took out five of the top-six Rajshahi batsmen, including Liton, Afifi and Russell in a superb first spell that read 3-0-12-4. Liton missed a beauty that had swerved between his bat and pad to hit the top of off stump, Afif edged a wide one, while Russell had no room to swing at a throat-high short ball. Alok Kapali also fell to Amir in the Powerplay, edging one to Shamsur Rahman at slip.

“When you are bowling under lights, you have to look for swing,” Amir said after his match-winning performance. “I think I was hitting the right areas. I knew their openers were in good touch, so I thought if I could get both of them, we would have a good chance. It worked out. I think there was something for the bowlers, if you hit the right areas.

“The wicket was giving you something. I wasn’t trying too much, but just trying to hit the right areas. It always feels good. They give you confidence and you take momentum to the next game. It is good for me and the team. We have reached the final. I will try to keep this momentum in the final.”

Malik then threatened a Rajshahi comeback with a 39-ball fifty, and they were needing 53 off 18 balls, with four wickets in hand, by the time Amir was brought back for his last over. Malik had dominated a 74-run stand with Taijul Islam, but the returning Amir closed out the game for Khulna by dismissing both Islam and Malik in a space of four balls.

“The plan was working for us. I had already bowled three overs,” Amir said. “Mushy [Mushfiqur] needed me in the 17th or 18th over. It was the plan. Shoaib Malik is a dangerous player, who has a lot of experience. I kept telling Mushy to get rid of Shoaib bhai, he is so dangerous.

“We were bowling well. You have to give credit to the other bowlers. It wasn’t easy to bowl in the end as there was a lot of dew. Fielders took all the catches apart from one. I think it was a complete team effort.”

Amir will be playing his first BPL final on Friday, after he had missed out in the 2017 final, when Dhaka Dynamites dropped him against Rangpur Riders. Chris Gayle blasted an unbeaten 146 off 69 balls as Rangpur crushed Dhaka. Amir’s form might not have been good enough three years ago, but you can’t bench him now after a six-wicket haul.