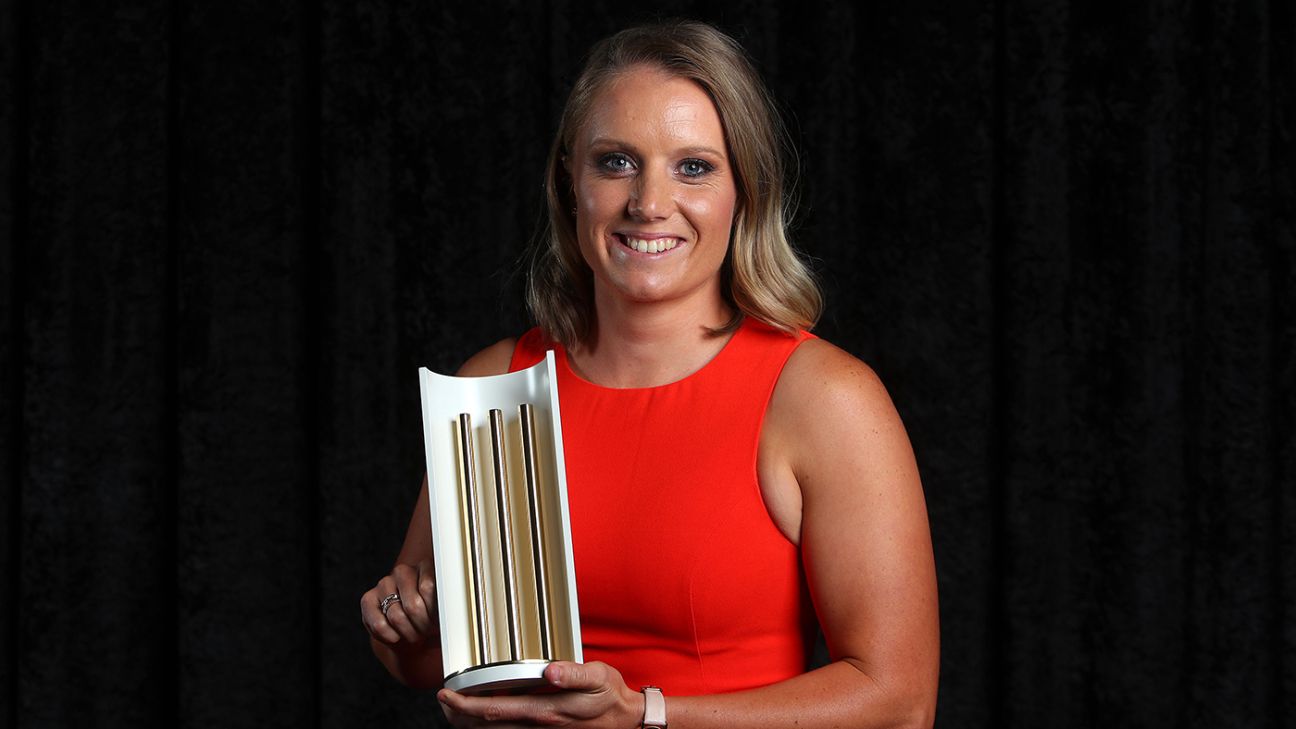 Alyssa Healy swept the honours at the Australian Cricket Awards as she won the Belinda Clark Award alongside the T20I and ODI player of the year titles.

Healy was instrumental in Australia’s victorious World T20 campaign in West Indies where she scored 225 runs at 56.25 to be named player of the tournament. Those runs contributed an overall tally in the voting periods (January 9, 2019 to January 7, 2019) of 578 runs at 41.29.

In six ODIs, Healy scored 329 runs at 54.83 with a best of 133 – her maiden international hundred – against India in Vadodara. Across both formats there was also her impressive glovework.

It was the first time there had been separate T20I and ODI awards in the women’s categories.

Among the nearest challengers were pace bowler Megan Schutt, who claimed 28 wickets at 11.50 in 17 ODIs and nine wickets at 17.44 in five ODIs while also becoming the first Australian women to claim a T20I hat-trick, captain Meg Lanning and allrounder Ash Gardner who was named Player of the Match in the World T20 final against England.

Healy winning the Belinda Clark Award made it the first time in six years that it has not gone to either Lanning or Ellyse Perry, the pair sharing the honour between 2014 and 2018 – Lanning three times and Perry twice.

Elsewhere in the women’s game legspinner Georgia Wareham was named Betty Wilson Young Cricketer of the Year. Wareham took 2 for 11 in the World T20 final against England as part of a breakout season where she claimed 12 wickets in 11 T20Is at 12.67.

Heather Graham, the Perth Scorchers and Western Australia allrounder, was named Domestic Player of the Year after making 481 runs across one-day and T20 cricket and claiming 32 wickets at 19.94. She was also the joint-leading wicket-taker in this season’s WBBL although that fell outside the voting window for this award which spanned December 2017 to November 2018.