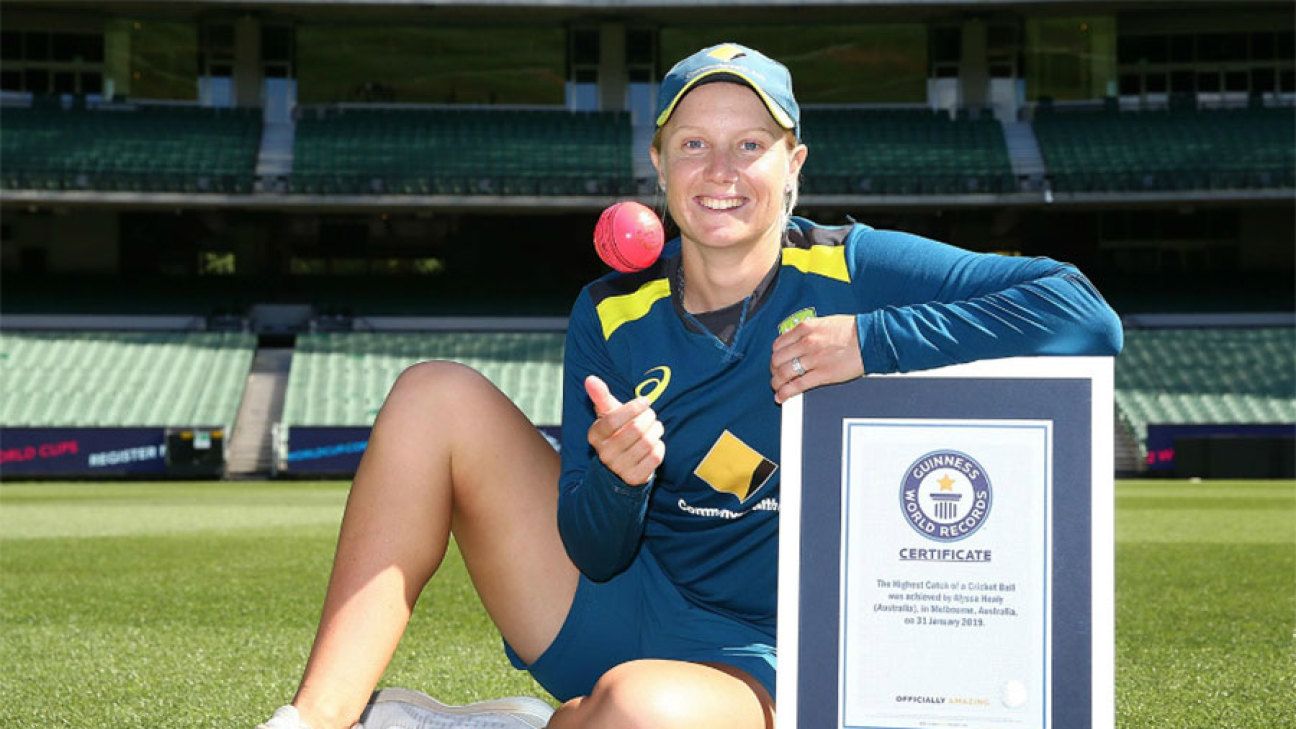 Alyssa Healy has had a memorable season and now she has added a world record to her list of accolades after claiming the highest catch of a cricket ball.

The feat, released to mark tickets going on sale a year out from the Women’s T20 World Cup in Australia, took place at the MCG last month where Healy caught a ball dropped by a drone from 80 meters – beating the previous record of 62 metres set by Englishman Kristan Baumgartner in 2016. Former England captain Nasser Hussain once held the record of 49 metres.

“After I didn’t get a hand on the first practice and then the next one went straight through my gloves there was cause for concern,” Healy said. “You don’t get the cue from the ball going up in the air off the bat and it was swinging a lot on the way down because it just gets dropped.”

“As you can tell in the video, it was pure elation to get it, I didn’t want everyone to come and not get the record so when I’d secured it in the gloves I carried on like a bit of a pork chop, but overjoyed to break the record.”

The 2020 T20 World Cup aims to set a new world record for the attendance at a women’s sport event when the final takes place at the MCG on March 8. The current world record is 90,185, set at the FIFA Women’s World Cup final 1999 in California.

Tickets for the tournament, including the final in Melbourne, are available from AUD20 for adults and AUD5 for children.