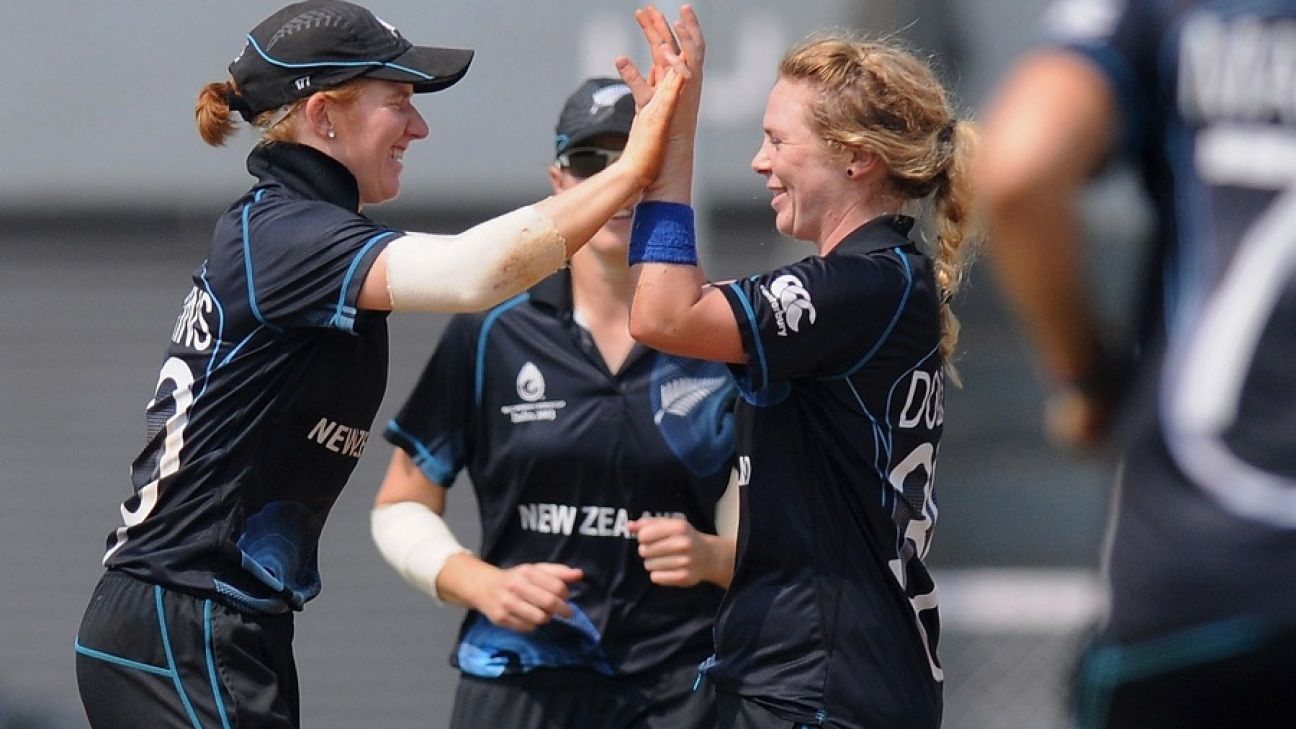 New Zealand allrounder Lucy Doolan has announced retirement from all cricket, bringing a 14-year long career to an end.

Doolan, who has played in 40 ODIs and 33 T20Is, made her last appearance for New Zealand during the 2013 World Cup. Making her debut in 2008 against England in Lincoln, Doolan scored 868 runs and took 60 wickets across the two formats. She also occasionally kept wickets along with batting in the top-order and bowling offspin.

“The body doesn’t quite bounce back like it used to! And I think the plan was always to come back and play a couple more years after a few years off and then call it a day,” Doolan said. “I’m leaving the girls in a pretty good place going forward, there’s so much young, exciting talent coming through our team, so happy days.”

She was also a dominant figure at the Wellington side. Making her domestic debut at 18 back in 2004, she went on to play 160 matches for Wellington, scoring 3709 runs and taking 179 wickets. She was also a part of their three successful T20 titles, including the inaugural women’s Super Smash in January this year.

“The support that I’ve had from Cricket Wellington as part of the Blaze is amazing,” she said. “They’ve probably spearheaded the support throughout the country in terms of backing women’s cricket and I’ve seen that right from when I started playing cricket for Wellington as an 18-year-old.”