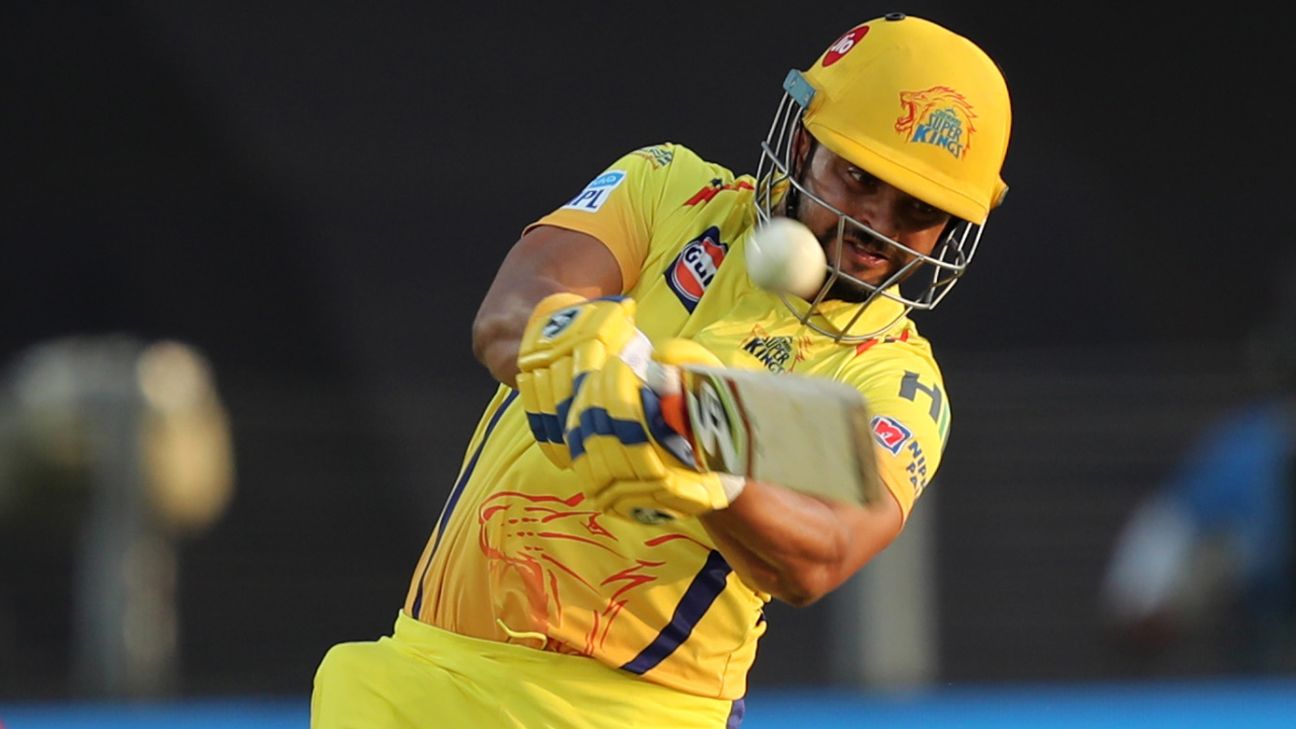 Suresh Raina feels Indian cricketers without BCCI contracts should get the opportunity to play in overseas T20 leagues. The 33-year-old Raina has played over 300 international games, but hasn’t represented India since July 2018; playing in overseas leagues, he feels, will especially help older players who are looking to make international comebacks.

“I hope the BCCI can get together with the ICC or with franchises and allow players who don’t have BCCI contracts to play in overseas leagues,” Raina said in an Instagram Live chat with his former India team-mate Irfan Pathan. “I feel there are a lot of players, including Yusuf [Pathan], myself, Robin Uthappa – a lot of quality players who can go overseas and learn a lot, no matter which league it is. Allow us to play in two [overseas] leagues.

“We aren’t in the BCCI contracts list, some of us don’t have IPL contracts, we aren’t playing international cricket, and the competition in domestic cricket isn’t what it is at the international level. If we can get three months of quality cricket, whether it’s the CPL or the Big Bash [League] or any league, it can help us stay ready.

“Players from other countries are able to play in these leagues, and a lot of them have made international comebacks after doing well in them. We play the IPL, but if these people [the BCCI selectors] have a pool of 40-50 players, they think those outside it aren’t good enough or are past it, and neglect them. We don’t have a Plan B. If we go overseas and perform, our cricket will improve and we’ll get to learn a lot.”

The BCCI has not allowed active Indian players to take part in franchise leagues other than the IPL. Those that have done so – Virender Sehwag in the T10 League, Yuvraj Singh in Global T20 Canada – have only done so after announcing their retirements. Last year, Harbhajan Singh signed up for the draft of The Hundred but eventually pulled out in order to continue playing in the IPL.