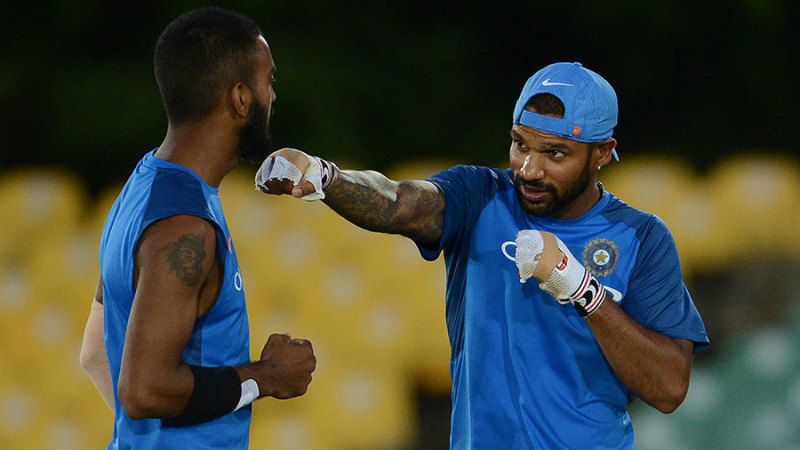 KL Rahul and Shikhar Dhawan are both in form in the lead-up to India’s ODI series against Australia starting Tuesday, and India captain Virat Kohli revealed that playing both of them, along with Rohit Sharma, in the XI could be a possibility. Rahul and Dhawan opened together and made useful contributions in the recent T20Is against Sri Lanka, and with the return of Sharma, who was rested for the T20Is, it appeared that India would be forced to pick one out of Dhawan and Rahul. But India are now considering a new combination for the upcoming ODIs.

India captain Virat Kohli has reiterated that India are “open” to playing a day-night Test in Australia when they tour for four Tests in 2020-21, after the T20 World Cup. India recently played their inaugural day-night Test, against Bangladesh in Kolkata, winning the game by an innings and 46 runs.

“We played the day-night Test here, we’re pretty happy with how it went and it’s become a very exciting feature of any Test series so we’re absolutely open to play a day-night Test,” Kohli said. “We’re ready enough for the challenge and whether it’s Gabba or Perth, doesn’t matter to us, we do have the skillsets as a team to compete against anyone in the world, anywhere, in any format of the game – whether it’s white ball, red ball or pink ball. We’re ready to play anything.”

“All guys in form is always a good thing for the team,” Kohli said in Mumbai, where the three-match series begins. “You don’t want a guy out of form for him not to start in the XI. You obviously want to have the best players available and then choose from what the combination should be for the team. We’ll figure out what combination we want to go in with, there’s a possibility all three might play.”

Rahul has been in more prolific form of late, having scored three half-centuries and a century against West Indies in three T20Is and as many ODIs, before making 54 and 45 against Sri Lanka in the T20Is. Dhawan missed the games against West Indies with an injury and he slotted back straight in the XI against Sri Lanka in Sharma’s absence, finishing the series with an impressive 52 off 36 to stake his claim for the opening slot again.

Playing Sharma, Dhawan and Rahul together would push Kohli to No. 4 and Shreyas Iyer to No. 5, but that would then create a problem for the lower order. India will be forced to pick one out of Rishabh Pant and Kedar Jadhav for No. 6 as dislodging Ravindra Jadeja from the No. 7 slot would reduce the bowling options to four. Kohli said he was “very happy” to move from his usual No. 3 spot to accommodate the in-form batsmen, but he did not say anything about the lower-order combination.

“Yea, big possibility, very happy to [change my batting position],” Kohli said. “I’m not possessive about where I play and I’m not insecure about where I bat. Being the captain of the team, it’s my job to make sure that the next lot is also ready as well. A lot of the other people might not look at it that way but your job as the captain is not only to look after the team right now but also to prepare a team that you can leave behind when you eventually pass it on to someone else.

“So I think these are times where you need to be aware, it’s very easy to get into a personal zone saying, ‘no, I need to get runs’. It’s not like that, it doesn’t work like that. The vision has to be always on the larger picture and figure out how you can make these guys more confident. If at all someone has to take responsibility, it should be me and give the other guys opportunities as well. I’m very open to it and I really want to see guys stepping up and taking responsibility. That’s part and parcel of being captain and it’s good to see players finding their game, realising their own potential when you’re captain. I think that’s probably the most satisfying thing you can feel as a captain.”

In order to slot both Jadhav and Jadeja, India could consider leaving Pant out, hand the wicketkeeping gloves to Rahul and play Jadhav at No. 6 as the sixth bowling option. Batting coach Vikram Rathour had said on Sunday they had not considered that option then, but the management was open to giving it a thought.

“Rohit is an obvious choice, of course. Shikhar and Rahul are playing well, Shikhar has done tremendously well in one-dayers, Rahul is in great form. There are still a couple of days to go, the management will sit down and make a choice. I don’t see an issue, one of them will have to sit out, so that’s okay,” Rathour had said.

When asked if Rahul would keep, he had said: “We haven’t really started thinking on those lines yet. At this point I think Pant is the first wicketkeeping option. Rahul can keep, that’s a skill he has so it will depend if the team management feels at any stage we require that.”