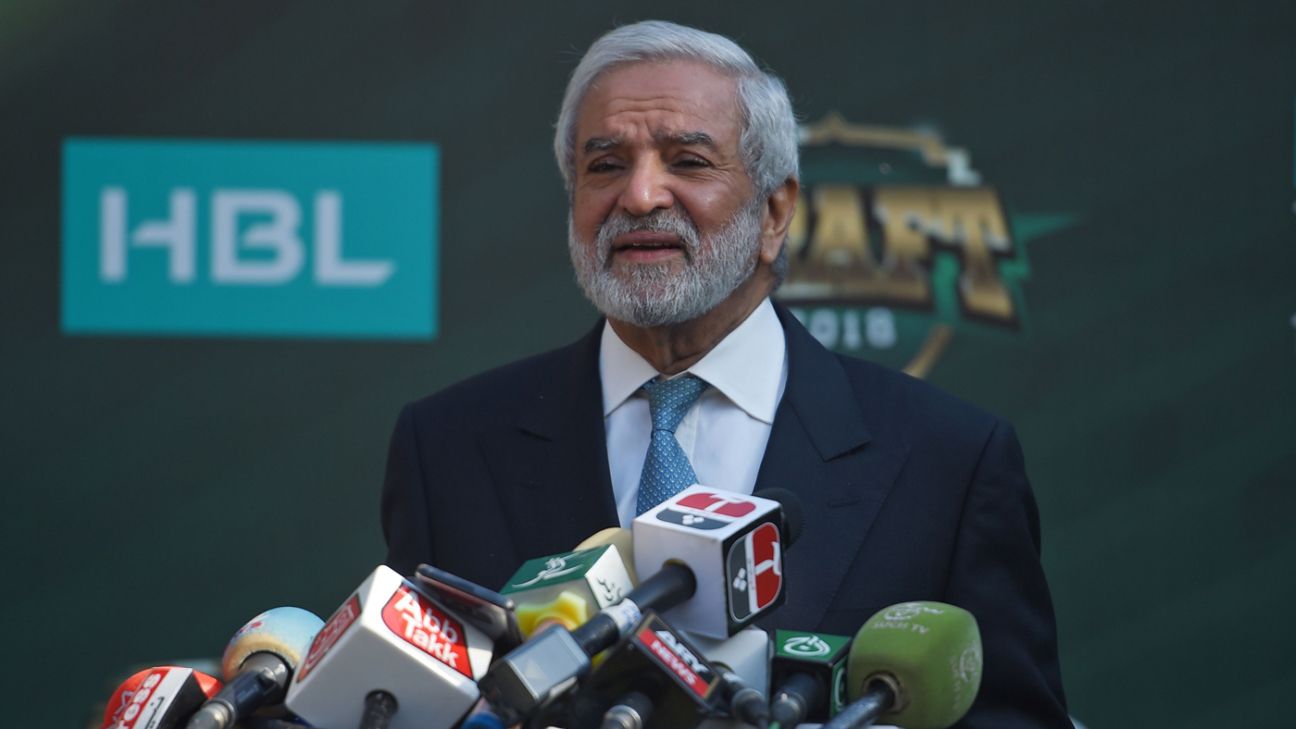 Pakistan’s days of hosting international cricket away from home are over, according to PCB chairman Ehsan Mani. Hours after Pakistan wrapped up a Test series win against Sri Lanka in Karachi, the first time any Test cricket has been played in the country since 2009, Mani insisted that there was “absolutely no doubt” Pakistan would play all home series within the country going forward.

Mani’s comments came at a time when top figures in Pakistan cricket have taken a strong stance on the upcoming, but as yet unconfirmed, Bangladesh tour of Pakistan. Reports suggest Bangladesh are willing to play T20Is in Pakistan, but want the Tests at a neutral venue. On Sunday, head coach Misbah-ul-Haq said Bangladesh had “no excuse” not to tour, while Test captain Azhar Ali urged the ICC to get involved should such a scenario come up.

“No one should be under any misapprehension as to where Pakistan’s home Tests will take place,” Mani said at a press interaction. “All of Pakistan’s matches, against Bangladesh or anyone else, will take place in Pakistan. I still hope the BCB will reflect on the matter and accept there is no reason for them not to visit Pakistan.

“If Sri Lanka can come – and bringing them was very high-risk – then it is safe. If anything even minor had happened, people would have said it isn’t safe to come. But they trusted the people here and came and they [the ones that opted out] said they wished they had come for the limited-overs series as well, because what they’ve been told and the ground realities are very different.”

“The Bangladesh women’s team came to Pakistan, as well as the Under-16 team, and they went back very happy. So we don’t want them to be in any doubt that if they play us, it will be in Pakistan”

After initial optimism about the tour of Bangladesh, as ESPNcricinfo has reported, the PCB has become concerned by the unresponsiveness of its counterparts in Bangladesh. Mani said he had read more about the tour in newspapers than via official communication from the BCB. “When they receive feedback from the Sri Lankans about how security matters were dealt with, hopefully they’ll think again and decide to tour,” Mani said.

Pointing out that the PSL draft had over 400 overseas players listed, Mani argued that individual players no longer had a problem with coming to Pakistan. Unlike the last few editions of the PSL, where a handful of games at the back-end of the tournament were played in Pakistan, the entirety of the tournament will take place in the country this year.

A lingering uncertainty, now that the PCB has become more forceful in its insistence that teams visit Pakistan for tour commitments, is what would happen if a visiting side refused to tour for a scheduled series. The PCB has, until now, opted against disclosing what its course of action would be, but Mani said the burden of proof had shifted from Pakistan to any team that believed it was unsafe to tour the country and hinted at the possibility of taking the matter to the ICC for resolution.

“I have been around with the ICC for a long time. I know the way it works,” he said. “They will have to prove Pakistan is not safe. We think it’s safe, and we’ve shown the world it’s safe. Look at what happened in Christchurch [with the Bangladesh team], and incidents can happen in Australia and England, and all around the world. India is at present in far greater turmoil from a security perspective than Pakistan is. I will not take a risk with any players’ safety or security. We will listen to everyone who is worried about coming here, but ultimately they’ll have to prove it isn’t safe to come here.”

The PCB’s tone might suggest discussions with the BCB have stalled, though Mani insisted talks had not been called off. While Mani stressed that nothing but a full tour would be acceptable to the PCB, he stopped short of suggesting that Pakistan would rebuff any other offer.

“We would absolutely have the right to dispute such a decision with the ICC,” he said. “I don’t want to say too much, because our discussions with the BCB are ongoing. When they formally tell us what decision they’ve taken, we’ll see what we need to do. The Bangladesh women’s team came to Pakistan, as well as the Under-16 team, and they went back very happy. So we don’t want them to be in any doubt that if they play us, it will be in Pakistan.”