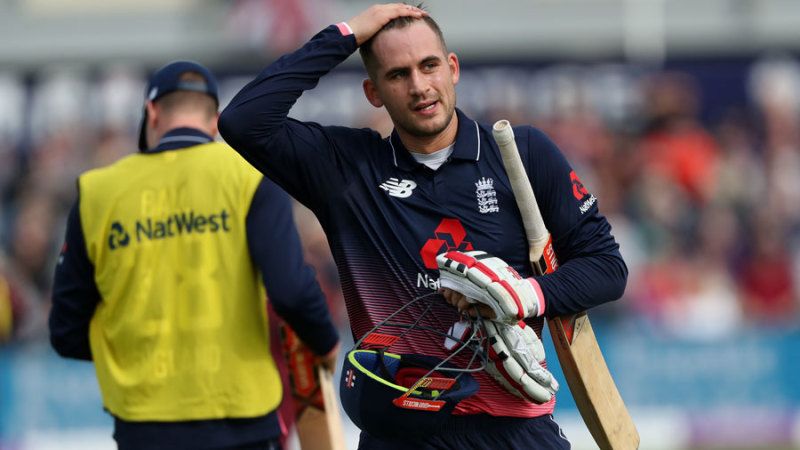 Alex Hales could be a doubt for the one-day leg of England’s tour of the Caribbean – their last opportunity to fine-tune their squad selection for the forthcoming World Cup – after being ruled out of the rest of the BPL with a shoulder injury.

Hales, who is not currently in England’s first-choice XI in ODI cricket, sustained the injury during Rangpur Riders’ match against Rajshahi Kings in Chattogram on January 29. He had been in fine form in this year’s competition, making 304 runs in eight games for the Riders, at a strike-rate of 167.03 with a century and two fifties.

The one-day leg of England’s Caribbean tour gets underway in just under a month’s time, on February 20, with five ODIs followed by three T20Is. England’s World Cup squad is due to be named by April 23.

His injury means the Riders will be without two of their key batsmen in the qualifiers, as AB de Villiers will also leave after he has played his sixth game, their last league phase match, on February 2.

According to coach Tom Moody, Hales will seek further remedial advice once he is back in London.

”We got the news last night. He requires going back to London to have some specialist’s opinion on his left shoulder,” Moody said. “He hurt his left shoulder in the last game during his batting. The ECB requested that he get some further medical advice.”

The absence of both Hales and de Villiers, who made a rapid hundred in this year’s tournament, leaves the Riders short on overseas star quality going into the final stages of the competition.

“Unfortunately that’s the end of his tournament with us and obviously he had a significant impact and great value to us,” he said.

Moody however said that the Riders’ squad has the depth to tackle the loss of two top batsmen. “We knew from the outset that we had [AB de Villiers] for a certain number of matches, so we are prepared for that.

As much as we would as a team, franchise and tournament would love him to play to the end of the final, it’s not going to happen. As with Alex Hales, we will plan accordingly. We feel we have the necessary quality to make the adjustment,” he said.

Riders are currently on top of the points table with a place confirmed in the qualifiers that begins on February 4.