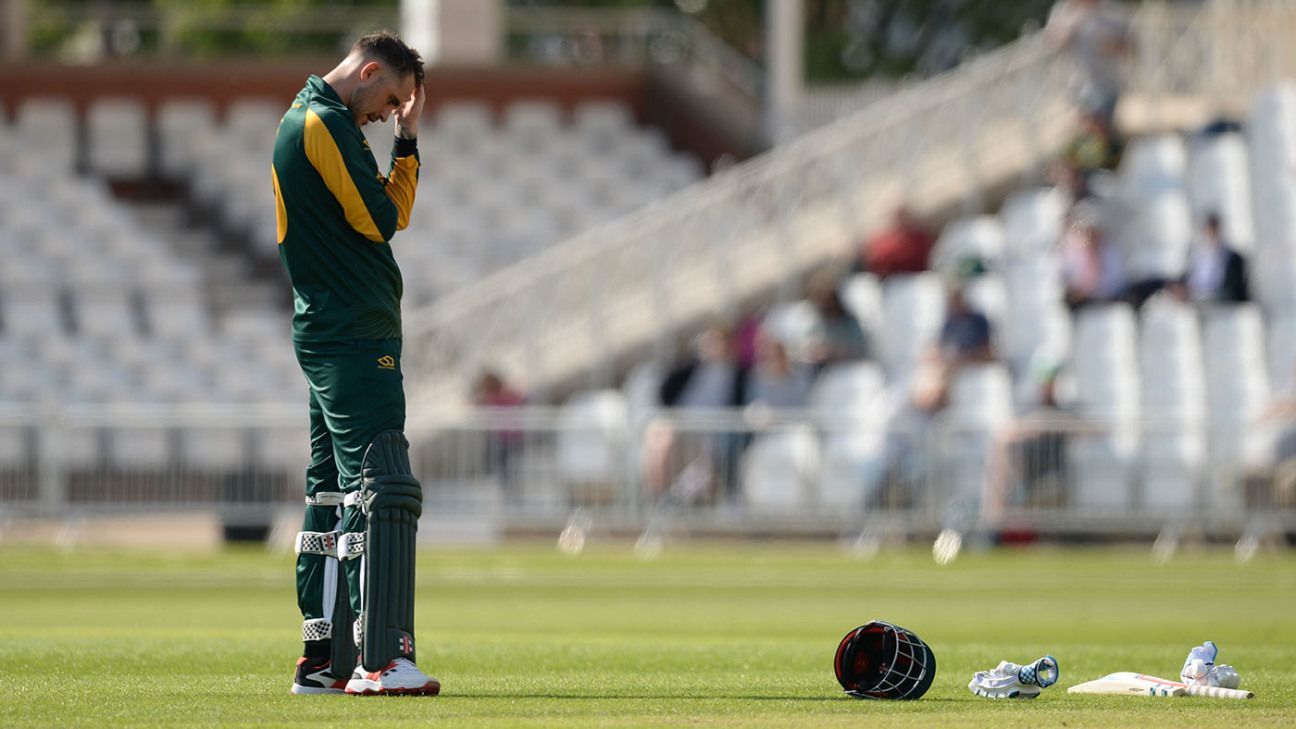 Alex Hales has said he wants to put the “mistakes of the past” behind him, and issued an apology to his Nottinghamshire team-mates following his 21-day ban for recreational drug use.

Hales was deselected from England’s World Cup squad as a result of the ban, with captain Eoin Morgan citing a “complete breakdown of trust” for his omission from the final 15-man squad.

But speaking as part of Nottinghamshire’s video preview for their upcoming T20 campaign, Hales revealed that he had apologised to his county team-mates and admitted that he had let them down.

“As soon as I walked back into the changing room, around the guys, I couldn’t have asked for more,” he said. “Everyone has been unbelievable. I just wanted to apologise to them, for everything that happened.

“I got the point across that I had not just let myself down, I’d let down family, friends, team-mates – so I had to get that off my chest, I had to tell the guys how I was feeling.

“I wanted to let them know I was 100 percent focused on the cricket now, [that] I wanted to move forward and put those mistakes of the past behind me.”

Nottinghamshire have stuck by Hales publicly throughout the incident.

After the news broke, the club issued a statement which said it was “in the best interests of all concerned for him to get back to playing cricket for Nottinghamshire as quickly as possible”, despite his actions falling “way short of the behaviours the club expects from any of its staff”.

At the Caribbean Premier League draft in May, Hales twice declined to comment when asked about his deselection, and his only public comment had been via a statement from his management company which said that he was “devastated”.

But Hales did admit he had his sights set on an England recall in time for the T20 World Cup in Australia in 2020, and has retained his central contract which runs until the end of the summer.

“It’s how it has to be, to be honest,” he said. “I can’t change what’s happened – all I can affect is what’s going to happen. I’m just trying to look at it in as much of a positive way as I can, just have to crack on and try to make the most of hopefully a few more years in my career.

“They [Notts] asked me if I was ready to play, and I just couldn’t wait to get back out there to be honest, that’s all I want to do, is play cricket.”

Hales was picked for Nottinghamshire’s final group game and their semi-final defeat in the Royal London Cup, scoring 36 and 54, and will open the batting in their Vitality Blast campaign which starts next Thursday.

Nottinghamshire’s progress in that competition – and they are favourites with the bookies to regain the crown they won in 2017 – will determine Hales’ participation in the CPL, where Barbados Tridents chose him with the first pick of the draft.

Following that, he has expressed interest in playing in the Big Bash, and has a year to run on his contract with Rangpur Riders in the Bangladesh Premier League, though will hope to be involved in some of England’s white-ball internationals this winter (3 ODIs and 3 T20Is in South Africa, and 5 T20Is in New Zealand).